​For Your Consideration: Female Directors Of 2019 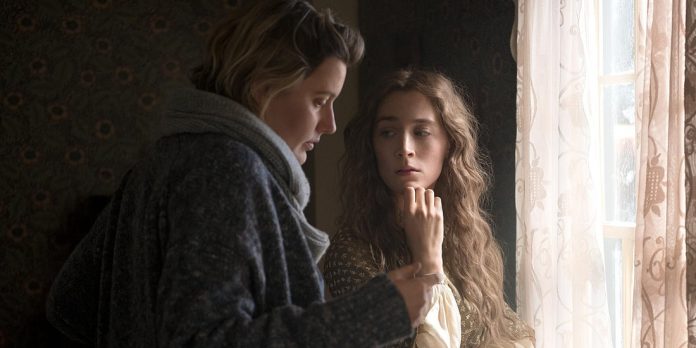 With many awards bodies releasing their nominations and winners, and Oscar voting just kicking off yesterday, it’s the right time to consider the many female directors who have created fantastic films this year. The Golden Globes’ all-male director line-up left many disappointed and we can hope we won’t see the great work done by female directors similarly ignored at the Oscars.

Unfortunately, the Academy don’t have a great track record for nominating female directors. In fact, in their entire history, only five women have been nominated: Lina Wertmüller for “Seven Beauties” (1975), Jane Campion for “The Piano” (1993), Sofia Coppola for “Lost in Translation” (2003), Kathryn Bigelow for “The Hurt Locker” (2008), and Greta Gerwig for “Lady Bird” (2017). Of those nominated, only Bigelow won.

Sometimes, the argument is made that there simply aren’t films made by women that are worthy of a Best Director nomination, but this seems hard to believe considering the filmography of Barbra Streisand, Sofia Coppola, Nora Ephron, and countless others. Certainly, 2019 is a year filled with fantastic offerings from female directors ranging from biopics to raunchy teen comedies. While there are a plethora of women who have directed great films this year, here are the ones that we believe are most worthy of consideration.

A debut like “Lady Bird” can be daunting for a director, but Gerwig has proven herself once again with her second film, “Little Women.” It’s a fresh and new adaptation of the classic American novel that manages to set itself apart from all prior versions, while maintaining a clear respect and love for the original work. Gerwig also wrote the screenplay, which lifts large amounts of text from the novel while also feeling very modern. She assembled the perfect cast with Saoirse Ronan, Timothée Chalamet, and Tracy Letts returning from Gerwig’s first film, and created the perfect balance of both storylines and timelines. Gerwig uses an innovative approach to chronology, telling us large parts of the story through flashbacks, which actually increases the emotional impact of many scenes. The movie is exquisitely crafted in every way, from Jo’s menswear-inspired costumes to the recreation of the Alcott family home to the way that the childhood scenes are lit brighter and warmer than the ones that come later. Gerwig understands “Little Women” and brings it to the screen in a way that’s true to the spirit and heart of the novel, while also making it relevant to the issues women face today. And perhaps Gerwig sees something of herself in Jo March as we see our heroine pitching her stories and trying to gain recognition for herself as a female writer. ​

Alma Har’el has been getting a lot of well-deserved praise for her work on “Honey Boy,” a semi-autobiographical film written by and starring Shia LaBeouf. While LaBeouf’s screenplay makes the film a clearly therapeutic journey, it’s Har’el’s direction that makes it as effective as it is. Har’el blends together two timelines, crafting the flashbacks to Otis’s past with a hazy aesthetic that’s so well-suited to childhood memories. It would be easy for a film like this to feel messy, and while it sometimes feels purposefully jumbled to match the experiences of its main character, it’s clear that Har’el never loses her grip on it. Under Har’el’s direction, LaBeouf, Lucas Hedges, and Noah Jupe all deliver emotionally-taxing, strong performances. It’s no easy feat to direct an actor in a film he wrote based on his own upbringing. ​

​Marielle Heller – “A Beautiful Day In The Neighborhood”

Marielle Heller’s third film, “A Beautiful Day in the Neighborhood,” depicts a journalist profiling American icon Mr. Rogers. She comes straight off of her film, “Can You Ever Forgive Me?” last year, which was much acclaimed but little rewarded. Her latest film, in the wrong hands, could easily be sappy, saccharine, and conventional. However, though Heller imbues the film with a storybook-like quality, it’s grounded in realism enough to avoid those pitfalls. Heller directs Matthew Rhys and Tom Hanks to perfection and Hanks manages to recapture the charm and spirit of Fred Rogers beautifully. Heller’s use of camera angles, particularly close-ups, is psychologically astute, as is her use of lighting. Heller is a director who knows how to make a film with both her heart and her head, and her intelligent, empathetic filmmaking ensures that “A Beautiful Day in the Neighborhood” is something truly magical.

Coming from the world of music videos and making her directorial debut with “Queen & Slim,” Melina Matsoukas has announced to the world what a bright and creative force she is in the cinema today. She took a fiery script by Lena Waithe and imbued it with the right level of heart, sensitivity and dramatic tension needed to make the film grip you intellectually and emotionally. Her lingering camera captures every fine detail of Queen & Slim’s journey, romance and plight as the two of them travels cross the country, evading the law, while still doing their best to live life to the fullest. Not pulling any punches, Melina’s work deserves consideration for not only how well she captured the experience of her two lead characters on screen but also in how well she garnered our empathy to make the experience universal.

With “Hustlers,” writer and director Lorene Scafaria has crafted a vibrant and energetic true-crime tale that is both entertaining and enlightening. Through the story of exotic dancers scamming rich men at the height of the Great Recession, she explores class disparity, the patriarchy, and sex workers’ rights, among other things. These may be heavy topics, but the film never sags under these themes. Scafaria smartly uses perfect pacing and a non-exploitative female perspective to tell a story that moves along as well as it moves its audience. This is the sort of film that, with the wrong director, could fall victim to the male gaze, but with a woman at the helm, it focuses on women’s minds and actions – not their bodies. Her characters are complicated criminals, but they are never looked down upon or scorned, and the scope of their actions are explored with sensitivity and appropriateness. Crime hasn’t been this fun or this well-handled in years.

Céline Sciamma – “Portrait of a Lady on Fire”

French screenwriter and director Céline Sciamma has already received European accolades for her earlier films, but is getting much attention for her latest, “Portrait of a Lady on Fire.” The film is a heartbreakingly intimate story depicting a lesbian romance in eighteenth-century France, and both screenplay and direction are exquisite. Sciamma’s screenplay manages to be both simple and poetic, but she also knows the power of non-verbal communication between characters. The women of this film (played brilliantly by Noémie Merlant and Adèle Haenel) portray so much through their eyes, and we are often given close-up shots of them to emphasize it. The film is markedly feminine in not just its content, but also its tone. It’s easy to feel a woman’s touch in everything from the depiction of the relationship between the two women to its handling of a character’s abortion. “Portrait of a Lady on Fire” is somehow as beautiful in its language, themes, and performances as it is in its gorgeous aesthetic, all thanks to Sciamma.

“The Farewell” is the sort of film in which you can tangibly feel the director’s personal touch, which makes sense because Lulu Wang wrote it based in part on her own life and grandmother. It perfectly captures not just the experience of reuniting with family or of an immigrant returning to their homeland for a visit, but also the unique experience of Asian-Americans. What is truly remarkable about this film is its ability to be incredibly specific and widely relatable at the same time. Wang crafts a mellow tone that is kept through the whole film, making it feel cohesive even through changes of setting. It’s completely appropriate for a story centered around a young woman who has found out that her grandmother is dying. The film juggles comedy with a sober and very real drama that any director would be proud to perfect. Wang has made a film that you can palpably feel her love and care in and it easily captures the hearts of audiences, too.

To say that Olivia Wilde has made a raunchy teen comedy in the vein of “Animal House” and “Superbad” but for girls doesn’t give her enough credit for the way it feels she reinvented the entire genre with “Booksmart.” The film follows two best friends who have decided to have one wild night out before they graduate from high school and go on to Ivy Leagues. The genre is already subverted by the way that one of the characters is a lesbian, but Wilde’s stylized direction elevates it above the usual films of this sort. For example, note the clever editing in the big fight scene between its leads or the hilarious use of stop motion during a scene in which the girls have accidentally ingested drugs. The film is very well crafted, in addition to having a story that has just enough heart and truth in it to make it more than just another teen comedy. It’s hard to believe that “Booksmart” is Wilde’s directorial debut, as this film would be impressive even coming from a seasoned director.

Were you disappointed with the all-male Golden Globes Best Director line-up? Which female directors of 2019 would you like to see nominated for an Oscar? Let us know your thoughts in the comments section below or on our Twitter account.