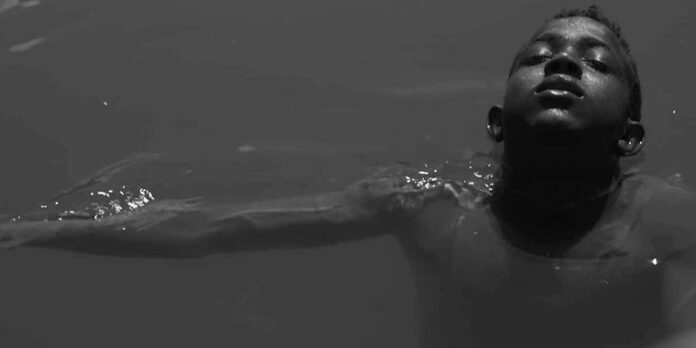 THE STORY – A spiritual journey into the highlands of Harar, immersed in the rituals of khat, a leaf Sufi Muslims chewed for centuries for religious meditations – and Ethiopia’s most lucrative cash crop today.

​​​​​Visual documentaries have it tough. A filmmaker who is primarily relying on the power of her images has a pretty high bar to clear to be considered a success. For example, with a narrative documentary, the filmmaking may be average, but if the story it tells is powerful enough, it can get by. Similarly, for celebrity biodocs, if the film’s subject is beloved or their story is particularly juicy, that can still be OK. But for a documentary that rises or falls on the quality of its visuals, if you don’t have the images, you don’t have a film. Fortunately, “Faya Dayi” has got the visuals. And then some.

In a striking debut by Mexican-Ethiopian filmmaker Jessica Beshir, “Faya Dayi” begins on its surface as a deceptively ordinary film that’s set in a small town in Ethiopia. Workers cut and bundle plants that are then sent to a large warehouse in town where workers regularly come and go. But the real action can be found in the outskirts of town where villagers live in tiny ramshackle homes where there’s only occasional evidence of the 21st century, with most of the men in town spending their days cutting khat, the plant that has replaced coffee as the area’s cash crop.

Initially considered a sacramental element in Sufi Muslim rites, khat has of late developed a more secular use — as a hallucinogen that gives its user a mild high when the plant is chewed. The buzz that khat provides rarely gets in the way of its users having a productive day, but it does offer a handy escape from the realities of life. As one subject puts it, “Everyone chews to get away.”

What distinguishes “Faya Dayi” and sets it apart from other documentaries is Beshir’s approach to the subject. Whereas other filmmakers might have viewed this subject with a reporter’s eye and treated it as some kind of drug exposé, Beshir takes an entirely different path. By using a series of striking black-and-white images, she seeks to replicate the sort of high cinematically that khat provides its users medicinally.

A young boy is floating in the water, with only his face and arms exposed to the sun. A thin wisp of smoke is curling up into the darkness. The silhouettes of large birds resting ominously on the edge of a rooftop. Taken individually, these images are stunning, but in the way that Beshir places them together, their effect is mesmerizing, taking the viewer along on what only feels like a cinematic high.

To be sure, “Faya Dayi” is not just imagery — the film contains a familiar narrative through-line to keep viewers engaged. It is suggested that the Ethiopian government, for example, is keeping the farmers from working their own land for themselves, a situation that prompts two young men to plot to get themselves across the border into Egypt and eventually sail to Europe to realize their dreams.

But at the end of the day, “Faya Dayi” is all about the visuals, and Beshir proves herself to have both an artist’s eye and a documentarian’s skill in bringing those images to life. Granted, the film’s slow pace may turn off some audiences, and if you don’t get on Beshir’s particular wavelength from the start, “Faya Dayi” can be an awfully long two hours. But if you do, you’ll likely find a one-of-a-kind film experience that’s as memorable as any you’ll have in a theater this year.