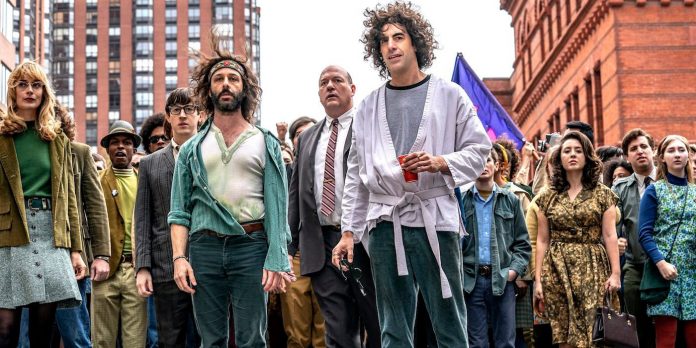 ​“The Trial of the Chicago 7” is taking a tactical approach when it comes to the upcoming Oscars. Sources close to the film have stated that each member of the cast will compete in the Best Supporting Actor category, instead of divvying up the performances between lead and supporting.

The announcement comes after weeks of speculation over which actors would be pushed come award season. “The Trial of the Chicago 7” has earned rave reviews for its timeliness and sharp writing, but critics have been split on which actor gives the best performance. Some have singled out Cohen & Rylance as standouts, while others have praised Keaton for his memorable (albeit brief) appearance.

There is a precedence for this kind of award tactic. “Spotlight” pushed all of its actors for supporting categories given the ensemble nature of the film and the mostly equal screen shared by the actors. The film ended up with two nominations for Best Supporting Actor (Mark Ruffalo) and Best Supporting Actress (Rachel McAdams), and while neither actor took him an award, “Spotlight” did win Best Picture.

This tactic will certainly bolster the film’s chances of taking home an award, but given the size of the ensemble cast, there will be some actors who get left off the final ballot. There have only been a handful of films that have secured three Best Supporting Actor nominations in Oscar history, and none of them have occurred in the last 45 years.

It will be intriguing to see which cast members ultimately represent “The Trial of the Chicago 7” at the next Academy Awards.

What do you think of “The Trial of the Chicago 7” cast competing in the supporting category? Which cast members have the best chance of getting nominated? Check out our predictions for Best Supporting Actor. Let us know in the comments section below or on our Twitter account.