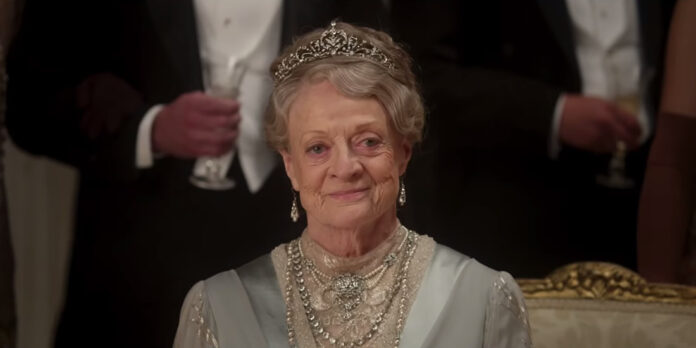 THE STORY – The continuing saga of the Crawley family and the servants who work for them in the English countryside in the early 20th century.

​​​​The film “Downton Abbey” is a love letter to the television series and to all of its fans. While it doesn’t offer much for those not familiar with the show, seeing the characters again feels like greeting old friends for those who watched all six seasons. Written by Julian Fellows (who wrote the series) and directed by Michael Engler, it feels like an extra extended episode of show four years after its end and is sure to bring laughter and tears to audiences.

The beloved television series “Downton Abbey” ran from 2010 to 2015, won numerous awards, and is one of the most successful period dramas of all time. The film picks up a few years after the finale of the series in 1927, as both upstairs and downstairs at Downton Abbey prepare for a visit from King George V and Queen Mary. Much of the original cast returns (aside from the handful killed off over the six seasons, of course) except for Lily James as Lady Rose and Samantha Bond as Lady Rosamund.

While Lady Mary broodingly ponders the future of Downton and Lady Edith questions her purpose in her new life married to Bertie (the poor woman can’t seem to find happiness), it’s the action in the servants’ hall that is truly compelling. When the royals’ personal servants arrive and take over the house, the beloved Mr. Carson, Mrs. Hughes, Mrs. Patmore, and crew must find a way to gain back the chance to serve their monarchs themselves.

Elsewhere, Violet is determined to get her estranged cousin, a lady-in-waiting to the Queen, to name Robert her heir. Lady Maud Bagshaw is not only a great addition to the cast for her incredible acting abilities, but because she is actually the wife of Jim Carter who plays beloved butler, Mr. Carson. Violet is joined in her scheming by Isobel, who is motivated more by curiosity, though their alliance doesn’t prevent them from trading quips back and forth.

Truly, the film is so successful in that it is exactly what the fans want of it and precisely what they have come to expect from “Downton Abbey.” From the shots of Robert with his dog to the squabbling between Violet and Isobel to Daisy wavering in her commitment to a footman, it allows its audience to easily slip back into the rhythm it enjoyed as a television series. It even opens just as the original series did, with a message on its way to Downton Abbey, though this one is considerably better news than the original telegram about the Titanic’s sinking.

While the premise of the movie is a very cotton candy plot, there are some real issues sprinkled throughout from unhappy marriages to Tom Branson’s political affiliations conflicting with his loyalty to the Crawley family to the harrowing discrimination that butler Thomas Barrow faces as a gay man in the 1920s. In fact, Robert James-Collier perhaps delivers the best performance of the film as his thawed exterior since the early days of the show allows him to show more emotion. There are also lots of cute romantic moments, for couples both old and new.

Maggie Smith as Violet gets to deliver her normal quippy lines, which drew lots of laughs from my audience but also has a tender moment with Michelle Dockery as her granddaughter Mary towards the end of the film. The film gives a subtle reminder that the 84-year-old dame is not in fact immortal and might help her earn some nominations this awards season. Penelope Wilton as Isobel gets some great moments as well, both humorous and touching. Allen Leech as Tom Branson is given plenty of time to shine as he gets to play hero both literally and figuratively.

The film is beautiful to look at largely due to its production design and costume design. The costumes, designed by Anna Robbins who worked on Seasons 5 and 6 of the series, are utterly gorgeous from the beaded 1920s dresses of the Crawley sisters to the more Victorian-inspired dresses of the older women who cling to tradition.

Downton Abbey itself is as much a character in the series as any of the people and the film returns to Highclere Castle which is a beautiful backdrop. From the castle itself to the charming town to the shots of trains, the production design feels perhaps even better shown in the film than it was in the series. John Lunn returned from the series to provide a lush and sweeping score for the film. There’s something magical about hearing the “Downton Abbey” theme while the camera approaches the house.

The magic of this film, however, rests in knowing the series well enough for the charming refresher shown before it to be enough to know what’s going on. Those who haven’t watched any of the series are likely to be lost or even bored. But if “Avengers: Endgame” wasn’t obligated to cater to those who don’t watch Marvel films, why should “Downton Abbey” aim for an audience outside of its viewers?

Perhaps “Downton Abbey” does feel like a special two-hour episode of the show a few years after its end, but it’s clearly a labor of love. It’s an endearing look into a world that feels refreshingly far away from the one in which we currently live and yet it feels like returning to a place that we once lived for those of us who watched the series. While it has very little to offer non-fans, this movie is precisely what the fans have hoped it would be.