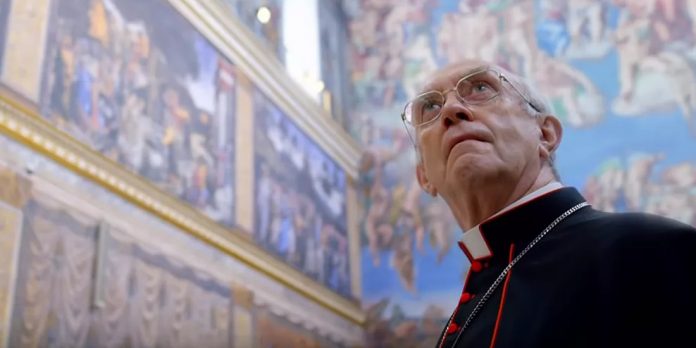 Almost every Oscar season, we can count on at least a few films that offer pundits near-endless opportunities for haggling over whether or no a film constitutes an “Original Screenplay” or an “Adapted Screenplay” as defined by the Academy of Motion Picture Arts and Sciences.

AMPAS offers a loose definition of what constitutes an adapted screenplay. And it is a definition that often differs with the definitions of other writing awards, such as the WGA, the USC Scripter, and BAFTA. Years ago, the Best Original Screenplay category was named “ Best Story and Screenplay – Based on Factual Material or Material Not Previously Published or Produced,” which would of course by extension mean that Adapted nominees were based on material that was in fact previously published or produced. Additionally, it left the door open for Screenwriters to argue (like “Spotlight“) that though the film was based on extensive research into real-life facts, it was technically still an “Original Screenplay.” The specific title for Best Adapted Screenplay was previously “Based on Material from Another Medium.”

​While these distinctions may seem cut and dry, apply the “based on material from another medium” law liberally. There are the obvious examples such as “No Country for Old Men” and “A Star Is Born,” where they were clearly based on a novel or a previous film. But then you start entering the gray area. “Borat” was largely improvised, and was minimally based on anything. But, the Borat character had appeared on Sacha Baron Cohen’s D. Ali G show, thereby meeting the requirement of “Adapted Screenplay.”

“The King’s Speech” was based on an unproduced play, yet argued that because the play had never been produced or published, it was not technically an adaptation. AMPAS agreed with the “Speech” team and it ended up winning the Original Screenplay Oscar. Contrast that with “Moonlight.” A24 presumably looked at “The King’s Speech” example and thought “ok, it worked for them. “Moonlight” was based on a play but it was never produced or published.” They campaigned the film as an Original Screenplay all season long. It won various Original Screenplay prizes (including the WGA’s), yet come Oscar voting, AMPAS overruled and classified it as Adapted.

Two years earlier, team “Whiplash” argued that the film was an “Original Screenplay” and campaigned accordingly. They argued that the “Whiplash” short that set Sundance on fire was merely a single filmed scene from a feature screenplay that had already been written. The feature wasn’t based on the short. Again, the film competed in Original Screenplay categories all season long, but AMPAS overruled and classified it as Adapted for the Oscars.

Last year, “The Ballad of Buster Scruggs” competed as Original all season, but two to just a single one of its segments citing a Jack London short story as its inspiration, AMPAS ruled it Adapted. So as you can see, AMPAS tends to be rigid on this.

So as with every year, we have several films that are raising questions about whether or not they are Adapted or Original. We likely won’t know for certain until Nomination Ballots go out. In the meantime, we can use the tools at our disposal to speculate.

Here are the films this year that people seem to be on the fence about. 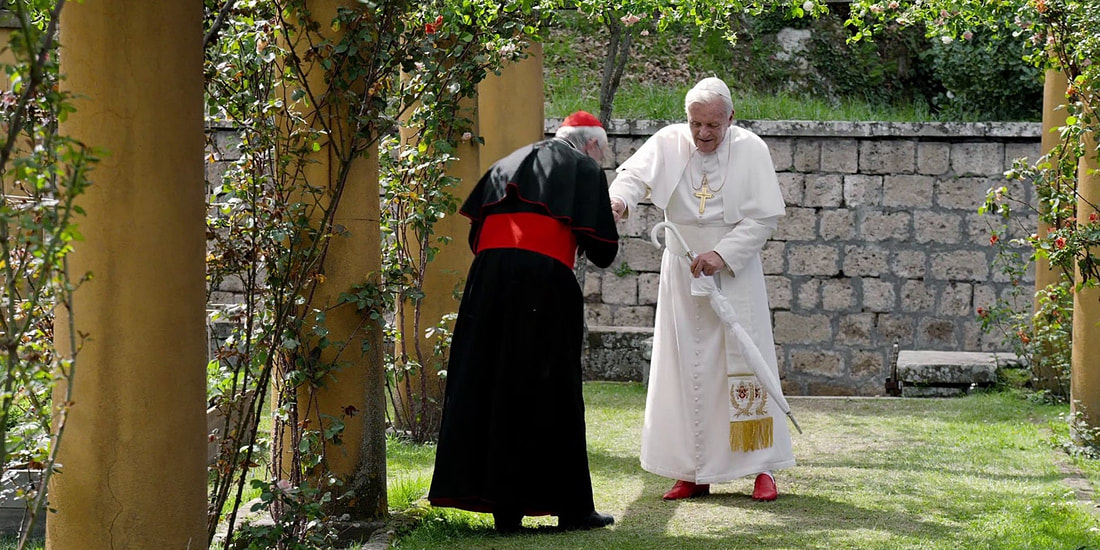 Most reviews are describing Anthony McCarten’s film about two living popes as “based on a true story.” But true story indicates true facts, right? So Original?

Nope. First off, while in the process of researching the real events that would serve as the basis for “The Two Popes,” Anthony McCarten wrote a nonfiction book about the two popes. It was published last December and the cover proudly announces “Soon to be a major motion picture.” Given its release almost a year before the film, it doesn’t seem to meet the definition of a mere movie tie-in. This is a separate book, presumably published for a different audience, but featuring the same author and same subject, and was written as part of the research for the film. So does that constitute Adaptation? Maybe. Maybe not. McCarten also wrote a nonfiction Winston Churchill book to coincide with the release of “Darkest Hour.” But, that book was released concurrently with the film and was even described as a movie tie-in, which his Pope book is not. So there’s clearly some room for ambiguity here. But more importantly, none of that even matters…

McCarten wrote this story as a play just two years ago! It has performed on stage and been reviewed by the British press. It is the same story, just in play form. Here is the official announcement from the play’s producers.

“This original play is the inspiration for a major motion picture of the same name that has been adapted by Anthony McCarten to premiere on Netflix later this year. Now based in London, The Pope marks his UK stage debut, although, in his home country of New Zealand, his acclaimed plays include Ladies Night, which remains New Zealand’s most commercial popular play.”

It could not be any more explicit. “The Two Popes” is adapted. 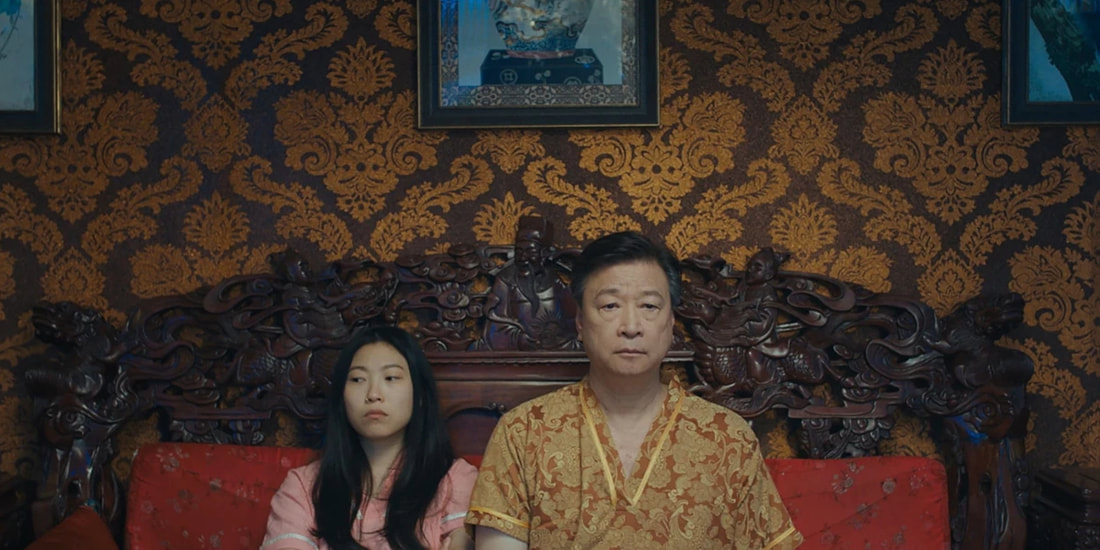 Most people are predicting Lulu Wang’s Sundance hit to contend in the Original Screenplay field. Why? It is based on true events. True facts alone tend to suggest “Original” – see “Spotlight,” “Milk,” etc. But not so fast.

First off, sometimes AMPAS will overrule the “based on true facts” standard. “Loving” was campaigned as an Original Screenplay in 2016, however, because the film had pulled dialogue directly from actual interview clips in a 2011 documentary, “The Loving Story,” AMPAS determined that the film was Adapted.

Lulu Wang in multiple interviews refers to the film being “based on” true events. Specially, it is based on a (true) story she wrote and narrated for the podcast, This American Life. And that phrasing may prove to be an important distinction. She did not write this segment concurrently with the screenplay, she wrote the story in a different medium prior to ever beginning development on the film.

Look at this excerpt from a PBS piece on the film:

““The Farewell” began as an episode of “This American Life” back in April 2016. Wang had wanted to make the story into a film but she could not find a producer willing to let her tell it her way. So she wrote it all down, chronicling how her family lied to her grandmother and the story got picked up by “This American Life.”

“And as soon as it aired, within 48 hours producers were calling me to make it into a film.””

So…Wang based the film on her own life. She first told that story on a podcast for the purposes of generating interest from producers who might finance a feature film. And then producers heard the podcast and wanted to make it into a feature. In other words, the process was remarkably similar to “Whiplash,” with the sole difference being that “The Farewell” is based on a true story. We then look to films adapted by their own writers from their own life experiences, who had also previously published that story in another medium. Ron Kovic first told his story of the Vietnam war first in the autobiography “Born on the Fourth of July.” He then wrote a screenplay version of that autobiography for Oliver Stone to direct. Accordingly, Kovic was nominated for an Oscar for Best Adapted Screenplay. Now, in that case, the film was explicitly based on his own book. And that may prove to be a crucial difference. But the point remains, both “Whiplash” and “Born on the Fourth of July” argue that there is room for AMPAS to argue that the film is considered Adapted.

Verdict: Who knows…probably Original, but AMPAS is weird. 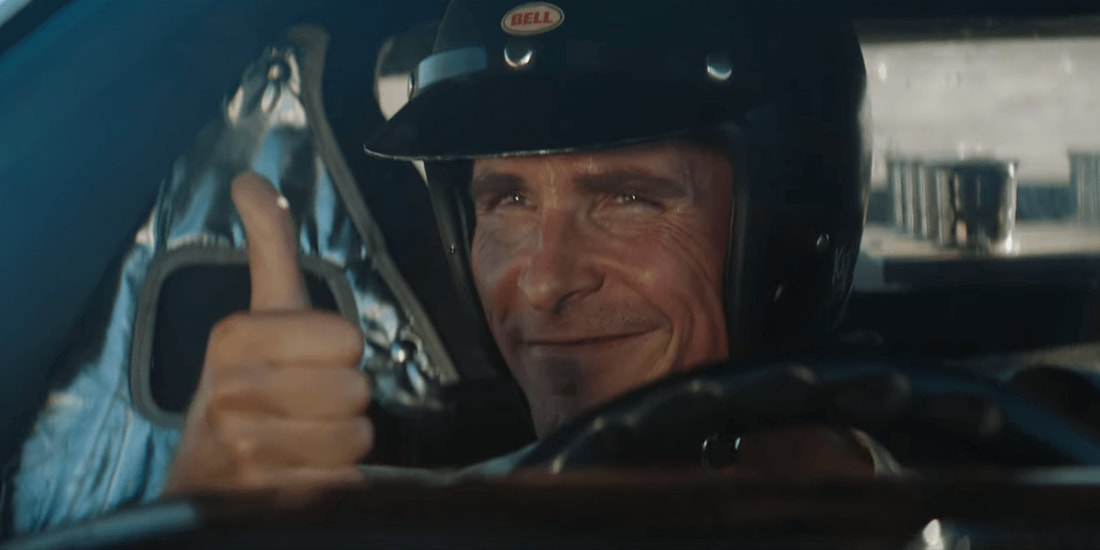 There seems to actually be a pretty clear answer here. Most of the early press releases described this project as having been based on A.J. Baime’s nonfiction book, “Go Like Hell,” which would obviously indicate a clear case of Adaptation. However, at some point, Fox lost the rights to the book to Legendary, and instead renamed the project “Ford v Ferrari.” It is now based on “other sources.” Given the vagueness of the other sources, and the clear separation from the book, unless it turns out that those “other sources” were primarily a different specific book, “Ford v Ferrari” can likely skate by as Original (Later confirmed officially by Fox). Meanwhile, the book“Go Like Hell” is currently being adapted into a separate TV series, unrelated to the film.

So there we have it: “Ford v Ferrari“ is Original. “The Two Popes” is Adapted. “The Farewell” is…well, who knows.

Are there any other films you are curious about their Screenplay classification this year? Let us know your thoughts in the comments section below or on our Twitter account.