Do The Cannes Award Winners Help Us Predict The Oscars? 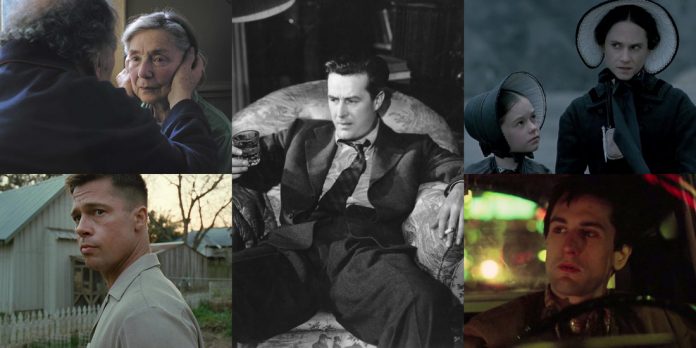 ​The other major feature film awards categories at Cannes share even fewer nominees and winners with the Oscars. Of the Grand Prix winners (essentially Cannes’s runner-up to the Palme d’Or) only 2 films have gone on to become Best Picture nominees: 1998’s “Life is Beautiful” and “BlacKkKlansman” just last year. And only 9 winners of this prize eventually found themselves nominees in the Best International Film category, with a comparatively-whopping 5 of them winning the Oscar.

The Cannes Jury Prize winners have similarly dire Oscar hopes. 3 winners of this category went on to become Best Picture nominees, with “All About Eve” being the only eventual winner, and once again 9 of these films were also nominated in Best International Feature, with only 2 of them taking home the Oscar.

The two performance categories at Cannes are perhaps the most eagerly anticipated awards of the festival for Oscar pundits. Surely if the world’s most prestigious film festival awards an actor, the Oscars must follow suit? As in the feature categories, this is not always the case. 21 women have won the Best Actress prize at the festival and gone on to be nominated by the Academy, with only 5 of them winning.

The odds are even less for the men: 16 Cannes Best Actor winners have been nominated for the Oscar, and again, only 5 have won both. I, for one, hope Mr. Banderas can beat the odds and at the very least earn an overdue Oscar nomination.

The Director and Screenplay awards can be almost completely disregarded, statistically, when it comes to predicting Oscars. A measly 7 Cannes Best Directors have found themselves Best Director Oscar nominees and none of them have won (they are also all men, of course, and unfortunately). However, all 7 of these men were awarded from 1992 to the present, which may suggest that the Academy is warming up to the kinds of directors that Cannes values.

And as for Cannes’s Best Screenplay award, the solitary winner to also be nominated for a writing prize at the Oscars was 2003’s “The Barbarian Invasions”. Obviously, don’t use this category to predict the Oscars.

So do the Cannes winners eventually find success in their equivalent Oscar categories? Most of the time, no. However, Cannes films can be found in other Oscar categories outside of what the festival bestows upon them. Basically, a Cannes award has never hurt a film’s Oscar chances, but it certainly does not guarantee them.