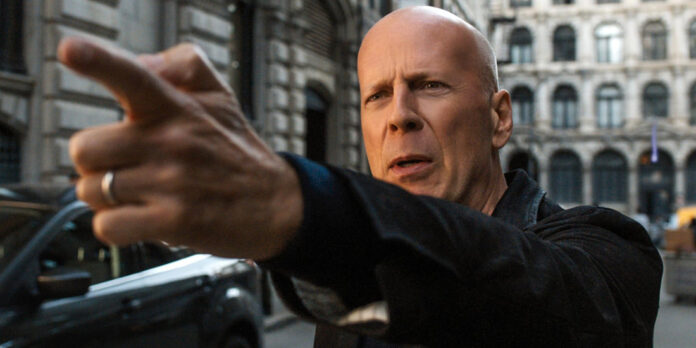 THE STORY – Dr. Paul Kersey is a surgeon who often sees the consequences of the city’s violence in the emergency room. When home intruders brutally attack his wife and young daughter, Kersey becomes obsessed with delivering vigilante justice to the perpetrators. As the anonymous slayings grab the media’s attention, the public begins to wonder if the deadly avenger is a guardian angel — or the Grim Reaper itself.

​​​”Death Wish” is a whole new caliber of “bad movie.” The film wears its ridiculousness like a badge of honor for the entire audience to relish in. Eli Roth has made some sour films before but this a whole new low for him. Bad acting, a bad script, un-original action sequences, you name it. The film does not simply move from point A to point B without you facepalming at least a hundred times. “Death Wish” is a poorly made film from just about every angle.

Doctor Paul Kersey (Bruce Willis) has a perfect life. A successful career, lovely home, a beautiful family, everything. His daughter Jordan (Carnila Morrone) has just been accepted into NYU and nothing could be going better for Dr. Kersey. After being called to the hospital on his birthday, Jordan and her mother Lucy (Elisabeth Shue) are terrorized by a group of burglars. After the robbery gets a bit sticky, one of the burglars ends up shooting both Jordan and Lucy. The two are rushed to the hospital in order to be operated on. Unfortunately, Lucy is killed from her gunshot wound and Jordan enters a coma from hers. Two detectives are put onto Lucy’s murder case and are dead set on finding the killer. Paul then gets a bit fed up with the amount of time it’s taking the detectives to find his wife’s killer. So he takes matters into his own hands and hunts each of the burglars down himself. Taking on the vigilante persona that coins the name “The Grim Reaper”, Paul becomes ruthless in his hunt and will not stop until all of the men responsible are dead.

This project is a remake of the 1970’s Charles Bronson film of the same name. Eli Roth’s interpretation is one that is not pleasing in any way whatsoever. Not only does the story move at a constantly shifting pace but it just is never interesting in any way. It either moves too fast or too slow. It never truly settles on a singular pace. Now, while most action films shift between faster and slower scenes there is at least a cohesive thought process between the shifts. With this film, the story constantly jumps back and forth and back and forth. It can never settle on a specific rhythm.

Not only does the story move at a ridiculous pace but the story itself does not have a lot of foundation. The main message of “Death Wish” seems to be “fight fire with fire.” While the whole vigilante, taking matters into your own hand’s dilemma elicits a strong reaction from audiences, there is a point where it becomes a bit grotesque. The gore fetishism gets a bit over the top in a few scenes where not only does it become unrealistic, but it also offsets what I assume the message of the film was supposed to be. Which would be defend your family at all costs? Maybe? Who knows.

The film is littered with unoriginal visual and audio cues. It creates just an overall bland atmosphere from the beginning of the film and it keeps a firm grasp on that bland-ness until the end. “Death Wish” is not only boring but the pro-gun, fight fire with fire mentality gets old really quickly. Even when the film tries to be a bit satirical or ironic it does not even succeed in that realm. I wish I could say Bruce Willis’ charm was enough to make this worth a watch but we’ve been here before with him and unfortunately, it’s just more of the same. “Death Wish” is just flat out bad and everything about it leaves a really disgusting taste in your mouth.