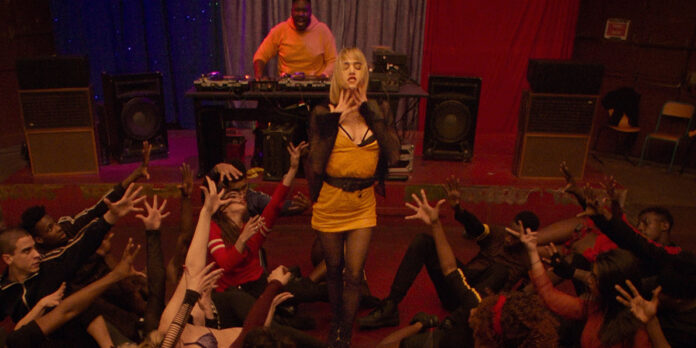 THE STORY – Young dancers gather in a remote and empty school building to rehearse on a cold and wintry night. The all-night celebration soon turns into a hallucinatory nightmare when they learn that their sangria is laced with LSD.
​
THE CAST – Sofia Boutella

​​​​Gaspar Noé, director of unbearably long rape scenes, immersive DMT trips, and neon-baroque marry, fuck, kill sequences galore is a man whose creative work is defined by its near absence of scruples. Those who can’t get on board with the unchecked, debatably dangerous freedom of Noé’s work will find very little to love about his latest project, an orgy-istic music video turned insane asylum nightmare on acid aptly named “Climax.”

On the other, much murkier side of the pond, of which I shamelessly consider myself a resident, are those horror-porn-art film aficionados that, if not hot with anticipation, will at least be curious to see what the French filmmaker has under his sleeve this time around. While “Climax” will work for lovers of this ilk of provocative filmmaking,  Noé fans might be disappointed that the director somehow managed to play it safe for his standards, with a film that feels more like it should belong earlier on in the timeline of his filmography.

Nothing new here, given the maverick Frenchman’s affinity for top-of-the-lungs political messaging. Though given the refugee debacle across the Atlantic, and the looming presence of France’s very own tea-party, the Front National, such a commentary on the multiculturally diverse, but increasingly fragmented makeup of the country at least feels topical. Unfortunately, there is a nagging thematic simplicity to the whole undertaking that feels dwarfed by the director’s past exploits (i.e. graphic unsimulated sex in 3D, jarring first-person point of view drug benders, etc. ), making “Climax” feel like a minor, dare I say it– playful– entry in his corpus. I found this to be a disappointment given Noé’s inclination thus far to upstage himself with each new film, mind you not necessarily for the better, but as a way extending his tentacles out into some new cesspool.

Not to say this latest effort fails to captivate. Repeated Noé collaborator, DP Benoît Debie, brings the same signature style that distinguished “Enter The Void” and “Irreversible” — a frenetic, winding camera that flies in and out of the dance number, and later, leads us through the color-coded blue, red, and green rooms of the dance studio in mayhem. One particularly evocative scene featuring Sofia Boutella (the film’s lead, if you could grace anyone with that title) has her half-dancing half-writhing down a hallway, a disturbing segment shot beautifully in all its panicked energy. Call me a masochist, but I was impatient to reach this anarchic stage of the film, which only kicks in after an hour of lewd, but occasionally dull, interviews with the dancers, all of whom are best described in terms of their sex drives.

To Noé’s credit, while “Climax” isn’t staking out any new frontiers of shock-play, it certainly carries out its intentions in a captivating, horrific style. From the opening sequence, in which the film literally displays its inspirations as an assembly of stacked VHS tapes– Pasolini’s “Salo,” Bunuel’s “Un Chien Andalou,” Kobayashi’s “Harakiri”– we know what we’re getting into, and for better or for worse, Noé certainly belongs up there with the best of cinema’s provocateurs extraordinaire.