Celebrating The 25th Anniversary Of “Clueless” 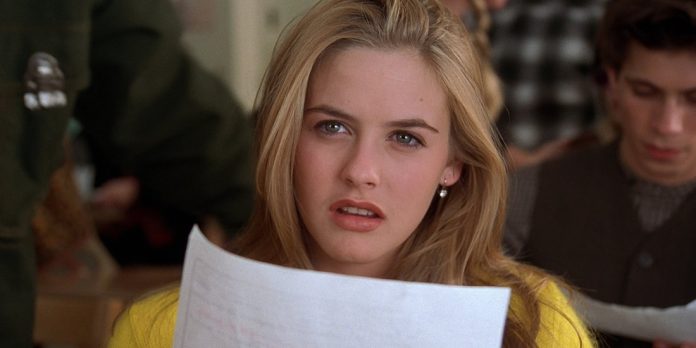 ​​“Clueless” is a movie that has always been in my life. It was released eight days before I was born. I was supposed to be born in mid-August, but something tells me I sensed that a cinematic masterpiece was in theaters and just had to be born in a world when “Clueless” was the hype. Who could blame me? Okay, I know what you’re thinking: is this an ad for “Clueless” or what? But I’m not buggin’ because one of the most iconic teen rom coms of the ‘90s is celebrating its 25th anniversary on July 19th. As if I could ignore such a momentous occasion!  ​

Writer-director Amy Heckerling’s “Clueless” is a charming and endlessly witty ‘90s take on Jane Austen’s “Emma.” Audiences had seen the story of “Emma” plenty of times, but “Clueless” is special. “Clueless” adapted Austen’s costume drama for the MTV age. It had its finger on the pulse of pop culture but wasn’t afraid to satirize the very audience that it catered to. The characters are hip, the fashion is trendy, and the dialogue is endlessly quotable.

The film follows Cher Horowitz (Alicia Silverstone) and her “way normal life” at Bronson Alcott High School. She plays matchmaker for her peers with her best friend Dion (Stacey Dash), befriends the new student, Tai (Brittany Murphy), and instead of going to high society balls, the girls go to parties in the valley. What about Cher’s quest for love? Well, she could never stoop to dating a high school guy. As if!

Every member of the “Clueless” cast fits their character perfectly. Alicia Silverstone is iconic as Cher, owning every scene as the ditzy Valley Girl demeanor with a kind heart. Deep down, we all wanted to dress like Cher in high school. Stacy Dash is the equally quick-witted best friend who always has a one-liner ready to go and her hilarious boyfriend Murray (Donald Faison) in tow. A personal favorite scene is when Murray teaches Dion to drive on the freeway. Life has few greater terrors than getting on the freeway for the first time. Brittany Murphy was the perfect choice to round out the trio of friends as Tai, the new student that Cher takes under her wing. And who can forget Paul Rudd? The sarcastic but dreamy Josh? His casual college style is a look like no other. Has Paul Rudd aged a day since this movie? I don’t think so. Breckin Meyer and Jeremy Sisto have their share of humorous moments in the film as Travis (the school stoner) and Elton (the obnoxious, preppy guy).

Much like Elton’s deep attachment to his Cranberries CD, I’m very attached to the “Clueless” soundtrack. This movie already has so much going for it: Great story? Check; perfect cast? Check; memorable Dialogue? Check; the ‘90s style that I want? Check; how about some classic musical moments? Sounds good to me! From the opening montage set to “Kids in America” to the final scene set to General Public’s “Tenderness,” every musical cue feels like a wave of nostalgia that greets you with a smile.

​What makes “Clueless” so iconic is its multigenerational appeal. It had its first wave of popularity among the initial release in 1995 but didn’t just fade away with the end of the ‘90s. It stands the test of time, bringing in a new audience with each passing decade. Whenever I bring it up with friends, each one has a story about the first time they saw it. “Clueless” is a film that I became obsessed with at 13 when I came across it on TV one night. Twelve years later, it’s my go-to comfort film. As it approaches its 25th anniversary, new generations of teens are discovering “Clueless” on Netflix.

When discussing “Clueless,” one has to acknowledge the film’s enduring effect on pop culture. Shortly after the initial release, a book series was launched to keep the hype alive. What “Clueless” fan could forget the television spin-off created for ABC? The show aired from 1996-1999. Many cast members, including Alicia Silverstone, Paul Rudd, and Brittany Murphy didn’t appear due to their increasingly popular movie careers; however, the show still followed Cher and her friends in Beverly Hills. One of the most popular contributions to the “Clueless” culture in recent years is the Charli XCX and Iggy Azalea music video for the song “Fancy.” The two dressed up as Cher and Dion and recreated scenes from the movie through the whole video. Did you know there was even a “Clueless” musical? It’s true! In 2018, “Clueless: The Musical” opened in New York City starring Dove Cameron. The show was a jukebox musical written by Amy Heckerling and included songs from the movie like “Kids in America.”

Here I am days away from celebrating my 25th birthday during a global pandemic. I have no idea what the next few months will hold, but I do know that I’m thankful for Amy Heckerling’s brilliant rom-com that’s celebrating its 25th anniversary. Cher and the group’s antics have brought a smile to my face throughout my life and continue to do so today. “Clueless” is timeless and brings joy to all who watch.

What are your thoughts on “Clueless?” When was the last time you watched it? ​Let us know your thoughts in the comments section below or on our Twitter account.