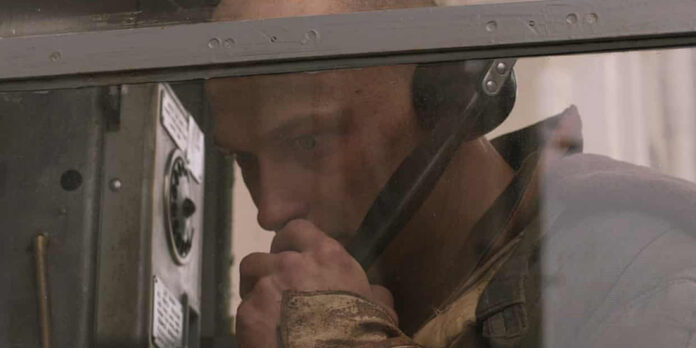 THE STORY – Captain Fedor Volkonogov is part of the law enforcement system. He is appreciated by the commander and respected by colleagues. But the moment comes for Captain’s life to take the abrupt turn—he is criminally charged. Captain manages to escape prior to the arrest turning in a split of the second into prey hunted down by ex-colleagues. At night Fedor receives the warning from the afterlife that he is destined for Hell and eternal torments. Though Captain still has a chance to change the destiny and be accepted to Heaven under condition that he repents and at least one person grants him sincere forgiveness. Fedor sets on a mission to find absolution having no idea of the trials he is to face on this route.

​​Morality is a funny thing. So many external factors can get in the way of people simply doing the right thing when, for most of us, it should be as easy as merely listening to our conscience. Arguably, the most impactful force on people following their inner voice is figures and organizations that hold power over others. Whether it’s a governing body, a boss, or even a persuasive family member or friend, too often, someone or something gets in the way of our moral compass’ true guiding direction. “Captain Volkonogov Escaped” explores what happens when someone dares to break free from an oppressive regime in the name of what’s right. In the case of the titular Captain, an entire police state may be brought down upon one distinctly brave individual.

Volkonogov (Yuriy Borisov) is a member of the cruel Soviet Union police force in 1938. He’s one of many whose job is to secretly extract, torture, and eventually dispose of anyone considered to be an enemy of the state, regardless of their obvious guilt or innocence. One day, something makes him decide to suddenly leave this evil operation for good and live his life on the run. He then encounters the spirit of one of his dead coworkers, who tells him that he is destined to go to Hell unless he can get one person to forgive him for brutally murdering their family member. He then embarks on a quest to achieve salvation via apology, all the while being chased by the very same team he used to work with.

If that sounds like a lot of exposition, it’s certainly more than the film provides. The audience is tossed right into the strange, dictatorial world that the main character inhabits. While this leads to some initial confusion, it all contributes to the odd, dreamlike quality of the film. Unusual and off-kilter images abound with little explanation, such as an opening scene of muscular young men in athletic wear playing volleyball in an ornate room of an old Russian palace. Moments like this give the film a distinctly otherworldly quality, which only makes sense given the “Christmas Carol”-like concept of the film. The direction from Aleksey Chupov and Natasha Merkulova keeps the tone from straying into the ridiculous, even while presenting us with moments and visuals that are strangely amusing at times. With a setting this bleak, a bit of oddity is appreciated, especially because it externalizes the bureaucratic absurdity that is made apparent to the audience but must never be discussed by the film’s characters if they don’t wish to suffer the most extreme of penalties.

However, it’s not all perversely enjoyable. The film treats the police state with the appropriate amount of contempt. This is especially made clear in a chilling scene where an executioner instructs the younger members of the police force on how to kill with a single bullet effectively. The victims are practically presented to him on a conveyer belt, and he goes about his lesson as if he were training new hires at any job. It effectively shows how evil can flourish when done in the name of efficiency, which turns the vile acts perpetrated into a casual element of another day at the office. This all combines to make Volkonogov’s quest even more engaging because we’ve been shown all the factors working against him.

As our main character, Borisov tears through the movie with a frantic desperation. It’s a race against the clock, and he can clearly feel its unstoppable hands rushing towards him. And while the film makes it clear with a series of flashbacks showing his involvement in torture that he’s not deserving of pity, Borisov has such conviction that we can’t help but want to see him succeed, if only because it would mean that goodness still has a chance in such a horrible world.

“Captain Volkonogov Escaped” is a moving, propulsive journey towards an attainable moral victory. It’s the unusual combination of “The Fugitive” meets “My Name is Earl” with a dash of “A Christmas Carol.” Through our hurried protagonist, we are shown the ironic fact that so many people need incentivization to do what’s right, even when our uniquely human nature should already have made that clear.