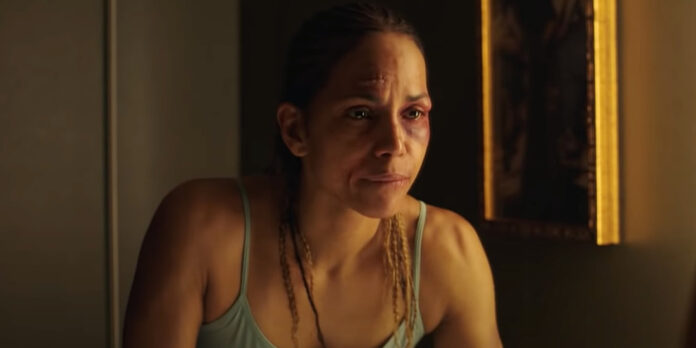 THE STORY – A disgraced MMA fighter finds redemption in the cage and the courage to face her demons when the son she had given up as an infant unexpectedly reenters her life.​
​
THE CAST – Halle Berry, Shamier Anderson, Adan Canto, Sheila Atim, Stephen McKinley Henderson & Valentina Shevchenko​

Halle Berry has always been a towering performer, yet she never seems to land the kinds of projects worthy of her talent in the aftermath of her historic Oscar win for “Monster’s Ball.” With her latest role, she’s stepping into the director’s chair for the first time with “Bruised.” One might have hoped that her taking charge behind the camera would afford Berry the opportunity to showcase the depth of her talent. While the film allows Berry to flex her acting muscles, thus turning in one of her best performances to date, everything surrounding her in the film underwhelms, thus diluting the outstanding performance she’s giving.

Berry worked to reshape “Bruised’s” screenplay from a piece focusing on a young white Irish catholic boxer, and in doing so differentiates her directorial debut from the endless other boxing/fighting movies that have been released over the years, at least in the sense that it explores the journey of a middle-aged black woman, and focuses on the strength of female friendships and collaboration. Those elements are undeniably a breath of fresh air to the genre, but everything else in the film is as rote and painted by numbers as possible. Berry’s character is a washed-up, broke ex-MMA champion with a drinking problem named Jackie Justice. When she is reunited with her estranged young son, she trains and prepares to re-enter the ring to win the $20,000 prize money available from an exhibition match with the reigning female MMA world champion.

The plot pretty much goes exactly where you would expect, featuring the usual beats and cliches associated with an underdog sports movie. However, Berry’s performance and earnest supporting mentor turns by Sheila Atim and Stephen McKinley Henderson provides some extra spark to the proceedings. Michelle Rosenfarb’s screenplay delivers exposition to explain the backstory and sources of Berry’s character’s trauma with the subtlety of a sledgehammer. Everyone just says what they think. While the film successfully lands a few emotional moments, the hamfisted dialogue keeps the story from sticking the landing emotionally as well as possible.

Berry opts for a handheld, cinema verite look that succeeds in making her character’s world look grimy but doesn’t do much more beyond that. There seems to have been little thought put into blocking or framing particular scenes. The lighting is often murky, grainy, and inscrutable, with interior lighting leaning too yellow and exterior scenes being blown out. Although a certain amount of that can be excused as attempting to showcase the dire state the character is in when the film opens, Berry maintains this aesthetic throughout. It’s honestly an unappealing film to look at. Berry undeniably brings considerable energy to the filmmaking, but it’s uncontrolled energy, only slightly tempered by the film’s editing. There are a few moments in which Berry showcases an attractive directorial eye, such as a scene involving a panic attack that feels surreal and evocative. The final fight is well choreographed, and better shot than anything else which came in the film before it, and the soundtrack does a decent job providing extra emotion and power to the moments which need it most.

Despite all of these weaknesses, Berry’s performance is the saving grace of “Bruised” and makes it worth seeing. She truly is excellent as she imbues the performance with a ferocious physicality we’ve rarely seen from her before. You buy her as a fighter whose strength has always derived from the anger which she has bottled up her entire life, but when she lowers her guard emotionally and comes to embrace and love her son, it’s all the more convincing. Young Danny Boyd Jr. is a charmer as Berry’s son, conveying so much with an almost silent performance. As mentioned above, Henderson and Atim are effective as supporting mentor figures, proving that Berry’s instincts and experience as an actor played a role in her work with her fellow actors under her direction in “Bruised.”

It’s an exciting time for Halle Berry as she enters this new phase of her already historic career. While one can appreciate that she gave us a less common fighting movie protagonist, there’s hope that she will get more opportunities to hone her directorial craft moving forward. “Bruised” may not be the most well-crafted directorial debut out there. Still, there are moments in which Berry shows promise as a director, and, of course, her dedicated performance reminds us of what an invaluable screen presence she is.