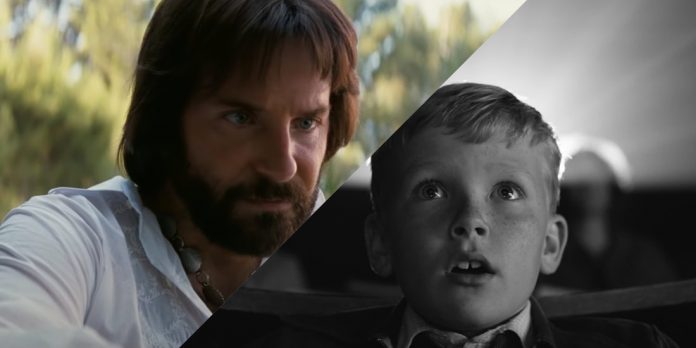 After the Oscar nominations were announced, it became clear that certain races would be easier to call than others. Jane Campion seems to have a stronghold in the Best Director category, and I’d hate to be the film that challenges “Dune” for Best Visual Effects. Still, a real battle could be brewing in Best Actor between Will Smith and Benedict Cumberbatch, and Lin-Manuel Miranda may give Billie Eilish a run for her money in Best Original Song. However, one of the most hotly contested categories this year is undeniably Best Original Screenplay, where two Oscar-less industry icons face-off: “Belfast’s” Kenneth Branagh and “Licorice Pizza’s” Paul Thomas Anderson.

“Belfast” is the stronger bet in Best Picture as the likely “runner-up” to “The Power of the Dog” at this point, but it missed key nominations that would’ve served to showcase its strength overall. Meanwhile, though Paul Thomas Anderson is the type of auteur usually recognized in Best Original Screenplay (in line with Quentin Tarantino, Spike Jonze, Bong Joon-ho, etc.), “Licorice Pizza” also underperformed at the Oscars, with only three nominations to its name. With “Belfast” and “Licorice Pizza” possessing a near equal number of advantages and disadvantages in this race, it’s clear that it’s far too early to make a definitive decision here, and only analyzing each film individually in-depth ahead of the upcoming precursors (Critics Choice, BAFTA, and WGA) can show us which is strongest at the moment.

Therefore, it remains to be seen whether or not “Belfast’s” Golden Globe win is a blessing or a curse. With many still thinking it’s the clear challenger to “The Power of the Dog” in Best Picture (as they have doubts that a “cold” and “clinical” Western can really charm the entire Academy), it stands to reason that “Belfast” would pick up a Best Original Screenplay trophy en route to this Oscar triumph and instead mirror “Green Book’s” trajectory following the Golden Globes, given how often a Screenplay award – Original or Adapted – is gifted to the inevitable winner of the “top prize” (just over the past decade, “The King’s Speech,” “Argo,” “12 Years a Slave,” “Birdman,” “Spotlight” “Moonlight,” “Green Book,” and “Parasite” all took this path). And yet, because “Belfast” performed poorer than expected on Oscar nomination morning, there’s reason to question if it has the widespread support necessary to notch this Screenplay win, or if it’s competitive in Picture at all anymore.

For example, in spite of its nominations at the British Independent Film Awards, the Critics Choice Awards, and the American Society of Cinematographers Awards, “Belfast” missed out on a Best Cinematography nomination at both the BAFTAs and then the Oscars, after being cited as a top contender in the category almost all season long thanks to its pleasing black-and-white photography. Additionally, despite picking up the “right” precursor nominations to secure a Best Editing nod at the Oscars (the British Independent Film Awards, the Critics Choice Awards, the American Cinema Editors awards, and the BAFTAs), it was ultimately snubbed, and this is a more dire omission, as, with the exception of 2014’s “Birdman” (filmed to look as if it takes place in “one-shot”), no film since 1980’s “Ordinary People” has won Best Picture without a Best Editing nomination – and only ten have done so in total.

​The Case For “Licorice Pizza”
“Licorice Pizza” may have picked up its essential Oscar nods – Best Picture, Best Director, and Best Original Screenplay – but given that it absolutely had the opportunity to max out its nomination potential with additional acknowledgment in Best Actress (for Golden Globe/Critics Choice/BAFTA nominee Alana Haim), Best Supporting Actor (for SAG nominee Bradley Cooper), and Best Editing (for Critics Choice/ACE/BAFTA nominee Andy Jurgensen), this was a slightly disappointing turnout. So, if it seems like support for “Licorice Pizza” is so much smaller than support for “Belfast,” why are we even having this conversation? Three words: Paul. Thomas. Anderson.

Every single nomination for “Licorice Pizza” at the Oscars can be attributed to PTA as a producer, a director, and a writer. Simply put, the man is one of the most respected in the biz, and with a staggering 11 Oscar nominations to his name and still no win, he “out-overdues” Kenneth Branagh’s eight Oscar nominations. It’s clear that he’s beloved by many, and though “Licorice Pizza” might not have done as well at the Oscars as some had hoped, it still had a mighty fine showing this season overall – it received four nominations from the Golden Globes, eight from the Critics Choice Awards, five from the BAFTAs, and additional recognition from SAG, PGA, DGA, WGA, ACE, ADG, and SDSA. And, for what it’s worth, it capitalized on this love on the critics’ circuit as well, winning Best Film, Best Director, and Best Breakthrough Performance at the NBR Awards and only trailing “The Power of the Dog” in Screenplay wins all season long, with 12 wins to its name (including one from the New York Film Critics Circle).

Furthermore, though “Licorice Pizza” may have lost the Golden Globe, this might allow it to follow in the footsteps of films like “Get Out, “Parasite,” and “Promising Young Woman” – films that are too “daring” and “subversive” for the traditionally “safe” HFPA, who tend to award established screenwriters who don’t really defy genre constraints. “Licorice Pizza” may not have the scathing social commentary of those three films, but it still feels more like a traditional Best Original Screenplay winner than “Belfast;” Paul Thomas Anderson is more of a respected boundary-breaking “auteur” than Kenneth Branagh, and throughout Oscar history, Best Original Screenplay has often been given to the film with the most creative or “coolest” concept, which would apply more to “Licorice Pizza” as an absurdist coming-of-age adventure than a basic drama/biopic like “Belfast.”

What Will The Precursors Do?
Now, we find ourselves at a crossroads. It can be said that both “Belfast” and “Licorice Pizza” underperformed overall at the Oscars. It’s tough to say which writer/director is technically more overdue (PTA may have more nominations, but since Branagh is helming a project so close to his heart, does that make his narrative more “urgent”?). Conventional wisdom would give PTA the lead, given what’s won in Best Original Screenplay in recent years. Still, even then, his film doesn’t entirely fit the definition of the prototypical winner in that category. And that’s where the precursors come in.

Prior to the Academy Awards, three major industry awards bodies will give out Best Original Screenplay awards – the Critics Choice Awards on March 13th, the BAFTAs on March 13th, and the WGA Awards on March 20th. Depending on which film wins, we might get a better sense of who’s ahead for the Oscars. However, since “Belfast” was ineligible to compete at the WGA Awards, it won’t tell us much if “Licorice Pizza” wins there, as it won’t be a real head-to-head match-up.

When it comes to the Critics Choice Awards, they often try their best to align themselves with what contenders are trending towards Oscar wins. Right now, it’s being widely predicted that “Licorice Pizza” is ahead, which means it might be the one to beat here. However, CC has missed the mark before (“First Reformed” over “Green Book,” “Once Upon a Time in Hollywood” over “Parasite,” etc.), so “Licorice Pizza’s” supposed Oscar victory isn’t a done deal even if it secures this trophy.

With BAFTA, one might assume Branagh has the lead as a Brit (and former winner for Best Direction for “Henry V”), but “Belfast” didn’t do that much better than “Licorice Pizza” overall (picking up six nominations to “Licorice Pizza’s” five), and since PTA himself has never been awarded by the British Academy of Film and Television Arts, is it out of the question to assume that an overdue narrative might manifest itself for him here, as well? The safe bet remains Branagh for BAFTA, but Anderson isn’t remotely down for the count.

Following this logic, we could head into Oscar night with “Belfast” touting Golden Globe and BAFTA wins and “Licorice Pizza” having prevailed at Critics Choice and WGA, which puts them on even ground (though how much stock can we place in WGA when “Belfast” wasn’t able to compete?). Which is to say, neither film can fully call itself a “frontrunner” right now, and we honestly won’t know who the winner is until that envelope is opened on March 27th.

What say you? Do you feel that one film here is “for sure” ahead of the other? If so, which? Check out the Next Best Picture team’s current Oscar predictions here, and let us know your thoughts in the comments section below or on our Twitter account.