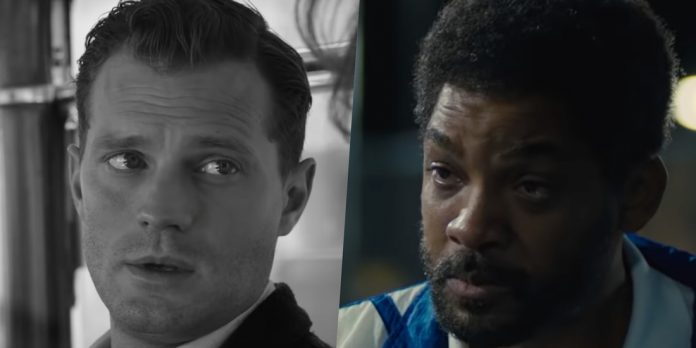 There are a great many reasons why so many become invested in following the Oscar race. Perhaps, part of the appeal is how the journey to Oscar night can sometimes mirror the structure of a movie itself. There’s a defined beginning, middle, and end, and different contenders can take on roles straight out of Hollywood. There’s usually an underdog, a fan favorite, and of course, a villain. And as the season winds down, the race for Best Picture usually boils down to two films grappling for dominance. Often, these two are very different in terms of content, scale, and purpose. This year, however, it appears that the two films that may be battling for the biggest award of Oscar night may have more in common than is often seen in most years. Those two films are “Belfast” and “King Richard.” Of course, it is early in the season, and therefore, everything is still speculation and prognostication. Still, this year’s race is shaping up to be unlike the ones we’ve seen before.

Especially in the expanded Best Picture lineup era, it has become less and less common for one film to steamroll its way through the season. Of course, there are exceptions to this rule – “The Artist,” “Argo,” and “Nomadland” were all relatively uncontested from their premiere to ultimate victory. But, as this new era has settled in and patterns can begin to be accurately charted, one consistency is that the Best Picture race frequently comes down to two solid contenders. Even in years where there’s arguably been a surprise Best Picture winner, as in the years where “Moonlight,” “Green Book,” and “Parasite” won, it’s elementary to determine which film likely came in second place (for these example years, that would probably be “La La Land,” “Roma,” and “1917,” respectively). And in these years, where two titans battle it out for Oscar glory, the two films can often be separated into dual classifications. There is almost always a bigger, tech-heavy, obviously-directed film and a smaller, character-based film wherein the screenplay is the star of the show. These specific Oscar races can be divided fairly neatly as such:

These classifications may be a bit simplistic or reductive, but they’re a clean way to notice patterns in Oscar voting. It’s also interesting to note that while the “bigger” film almost always racks up a larger total number of Oscars, it is the “smaller” film that tends to triumph in the end. The “bigger” film also usually wins Best Director (except for “Avatar” and “1917“), and the “smaller” film always takes a screenplay prize. This classification isn’t perfect, as there are some years where the films cannot be so easily divided based on their size, but still, the two movies can often be placed into very distinct and separate camps. Take the 2014 Academy Awards, for example, where “Birdman” triumphed over “Boyhood.” The former film had a budget nearly five times bigger than the latter, but it’s obviously not as large-scale as, say, “Avatar.” Still, Alejandro González Iñárritu’s directorial voice is overtly apparent instead of the more laissez-faire approach that Richard Linklater takes with “Boyhood.”

Additionally, at the 2017 ceremony, “The Shape of Water” bested “Three Billboards Outside of Ebbing, Missouri.” Again, “The Shape of Water” could hardly be called an epic. Still, it certainly has a more apparent director’s stamp than “Three Billboards Outside of Ebbing, Missouri,” which, instead, is a showcase for writer-director Martin McDonagh’s zesty screenplay. Sure, both of these examples disrupt the patterns outlined above regarding Best Director and screenplay winners, but there are slight variances to be found every year.

Given the fact that there is not yet an obvious frontrunner that can steamroll its way to Oscar night, it’s likely, based on history, that this Oscar season will come down to two films, as in the years outlined above. Of course, there are still contenders that have yet to be seen, such as “Nightmare Alley” and “West Side Story,” but at this point, it appears that the two frontrunners for Best Picture are “Belfast” and “King Richard.” And while they have their differences in terms of subject matter, there are a shocking number of similarities between the two. Most notably, they are both crowd-pleasers that very few Oscar voters are likely going to actively have an aversion to. On the preferential ballot, being generally liked is much more important for a film than having passionate fans to win Best Picture. Every Best Picture winner since 2009 has arguably been a film that’s either an easy sell to a large voting body or is an undeniable achievement that few argue against (as is the case with “12 Years a Slave,” “Spotlight,” “Parasite,” and “Nomadland“). Even the pricklier champions such as “Birdman” and “Green Book” have qualities that make them generally appealing to the Academy as a whole.

Both “Belfast” and “King Richard” have received excellent reviews; at the time of writing, “King Richard” and “Belfast” have a Metacritic score of 77. Whereas on Rotten Tomatoes – “Belfast” has 88% and “King Richard” has 93% (“Belfast” has nearly 40 more reviews logged than “King Richard,” so there’s a chance these numbers may become even closer to each other as more notices are published). Critics aren’t the only ones who love the two films, with both having already picked up a decent number of audience awards from film festivals. “King Richard” won the audience choice award at the Chicago International Film Festival, Philadelphia Film Festival, and the Heartland International Film Festival. And “Belfast” received similar audience awards at the Middleburg, Mill Valley, Montclair, and Newport Beach film festivals. It was also this year’s winner of the coveted People’s Choice Award at the Toronto International Film Festival. This special prize is an important indicator of the film’s ability to do well with Oscar voters since the nine previous films that won this award all went on to receive Best Picture nominations, with three of them coming out on top on Oscar night. Clearly, these two films will be well-liked by most who see them and have the kind of broad appeal that’s necessary to win Best Picture.

When assessing a film’s Best Picture chances, it is essential to see where else it can triumph on an Oscar ballot. Only two films have ever won Best Picture and no other Oscars – “Grand Hotel” and “The Broadway Melody,” both of which won within the first five years of the Academy Awards’ existence. Again, it’s still early in the season where anything can change, but at this point, both “Belfast” and “King Richard” have multiple categories in which they could potentially be called the frontrunner. The most obvious of these is in Best Actor, where Will Smith has already been the reigning champion of predictors for several months. The film is also a leading contender in Best Original Song for “Be Alive,” written by a little singer named Beyoncé. Outside of those two categories, it stands a good chance in Best Supporting Actress for Aunjanue Ellis, Best Original Screenplay, and Best Film Editing. Where it has the most challenging time garnering a typical Best Picture-adjacent nomination is in Best Director. Reinaldo Marcus Green’s work behind “King Richard’s” camera has been met with praise. Still, in a season dominated by superstar directors and much flashier work, he may have some trouble breaking into the category. Still, that doesn’t necessarily mean it’s the end of the road for the film. Both “Argo” and “Green Book” managed to win Best Picture without a Best Director nomination, and “Three Billboards Outside of Ebbing, Missouri” and “The Father” were arguably the runners-up in their respective years even without a Best Director nod. Best Picture winners seem to be more closely tied to the screenplay categories in the expanded era. Of the twelves films that have won Best Picture since the category grew beyond five nominees, only seven have also won Best Director. Compare that to the fact that all but three of these twelve Best Picture winners (“The Artist,” “The Shape of Water,” and “Nomadland“) also scooped up an award in one of the screenplay categories, if “King Richard” can manage to become a solid contender in Best Original Screenplay, Best Picture may then be achievable.

Of course, one of its main competitors in Best Original Screenplay is, in fact, “Belfast.” This coming-of-age story also stands a good chance at winning Best Supporting Actress for Caitríona Balfe and Best Director for Kenneth Branagh. Best Director would especially make sense as a way to reward Branagh’s storied – if uneven – filmmaking career. The film could also contend in Best Supporting Actor for Ciarán Hinds, Best Cinematography, and Best Film Editing. Of course, all a film needs to win Best Picture in this day and age is an additional one to three awards outside of the top prize. A trend in recent Oscar ceremonies has been for one craft-heavy film to rack up a decent number of wins in below-the-line categories (“Gravity,” “Mad Max: Fury Road,” and “La La Land,” to name a few), while Best Picture goes to a film that takes just two or three above-the-line awards total (“12 Years a Slave,” “Spotlight,” “Moonlight“). And even if one film isn’t running the table on the craft categories, a more understated film can still win Best Picture with just a few of the end-of-night awards (similar to “Green Book” and “Nomadland“). This year, there’s a good chance that “Dune” could easily triumph in as many as seven of the below-the-line categories; if nothing else, I’d put money down on it winning Best Visual Effects and Best Sound. In addition, the as-yet-unseen “Nightmare Alley” and “West Side Story” are the kind of lavish films that tend to do well in the craft categories. All this is to say, even if “Belfast” or “King Richard” only pick up one or two of its likeliest awards outside of Best Picture, they could still very easily triumph in Oscar night’s top category.

So, what we as Oscar watchers currently have on our hands is an unusual year in many aspects that, almost paradoxically, still could follow similar patterns and trends. As opposed to the typical David and Goliath matchups we’ve become used to in the expanded era, it appears as though two relatively smaller, crowd-friendly films may be duking it out for Oscar’s highest glory. Perhaps that speaks to just how hellish the last couple of years have been and the undeniable way that the pandemic, which still rages on, has affected all of us. When the real world is so difficult to endure, two enjoyable films with wide appeal may be just the thing towards which Oscar voters gravitate.

​Do you think “Belfast” and “King Richard” will be nominated for Best Picture? If so, which of the two do you think is more likely to win Best Picture? Could it be something else? Let us know your thoughts in the comments section down below or on our Twitter account and check out the NBP team’s latest Oscar predictions here.