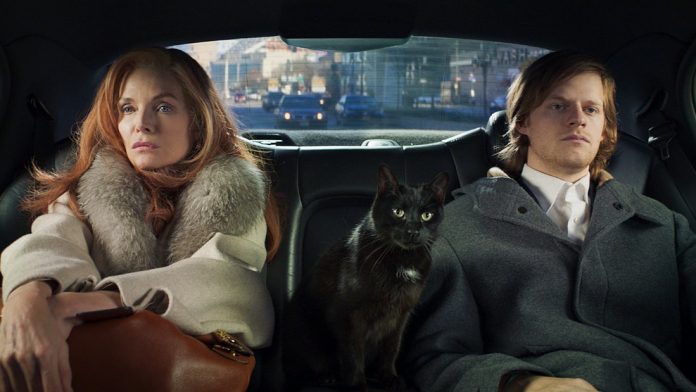 After previously announcing “Lovers Rock” and “Nomadland” as the Opening and Centerpiece selections for this year’s New York Film Festival, it has been announced that Azazel Jacobs’s “French Exit” will be the Closing Night Film for this year’s festival, making its world premiere.

In a press release sent out today Film At Lincoln Center, the plot synopsis reads: Michelle Pfeiffer is entirely bewitching as Frances Price, an imperious, widowed New York socialite whose once-extreme wealth has dwindled down to a nub. Facing insolvency, she makes the decision to escape the city by cruise ship and relocate to her friend’s empty Paris apartment with her dyspeptic son, Malcolm (Lucas Hedges), and their mercurial cat, Small Frank (voiced by Tracy Letts). There, Frances and Malcolm reckon with their pasts and plan for an impossible future, all while their social circle expands in unexpected and increasingly absurdist ways. This adaptation of the best-selling novel by Patrick deWitt is a rare American film of genuine eccentricity, elegantly directed by Azazel Jacobs (“The Lovers“), and featuring a brilliant performance of stylish severity by Pfeiffer, whose every intonation is a wonder to behold. A Sony Pictures Classics release.

“We’ve been watching New York filmmaker Azazel Jacobs for more than a decade, since his film “Momma’s Man” screened in our New Directors/New Films festival in 2008,” said New York Film Festival Director Eugene Hernandez. “Now, we’re honored that he’ll make his NYFF debut with Closing Night selection “French Exit,” a tour-de-force collaboration with Michelle Pfeiffer that we can’t wait to share with audiences in NYC and beyond.”

“Jacobs is one of the most distinctive voices in American cinema, and it’s a thrill to see him working with new registers and tones in his most ambitious film yet,” said Dennis Lim, New York Film Festival Director of Programming. “It’s rare to encounter a film so wholly surprising. Moment to moment, “French Exit” is a destabilizing delight, as strange and dark as it is playful, thanks in no small part to Michelle Pfeiffer’s career-best performance.”

“NYFF is the film festival I grew up attending,” said Jacobs. “I remember seeing “Night On Earth” for the first time, and waiting afterwards to hand Jim Jarmusch a fan letter. I remember that same year seeing Gus Van Sant’s “My Own Private Idaho” and having my aim to become a filmmaker only more solidified.  I’m grateful to the NYFF for allowing “French Exit” to premiere in the city I was raised in, and love, and to all who are undoubtedly working tirelessly to make this event happen.”

What do you think of this news? Are you excited to see “French Exit?” Has Michelle Pfeiffer officially entered the Oscar conversation? Let us know your thoughts in the comments section below or on our Twitter account.