Annapurna Bets All Of Their Oscar Contenders On A Christmas Release 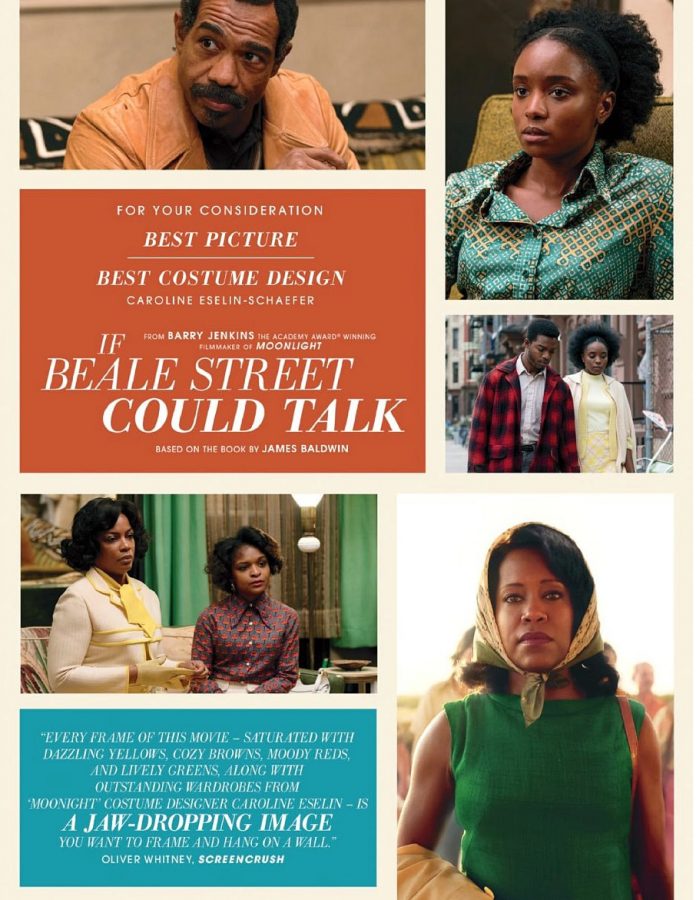 ​Annapurna Pictures’ awards season slate for the 2018-19 is killer. They have two big pushes for Best Picture and beyond with “Vice” and “If Beale Street Could Talk,” as well as a Best Actress contender for Nicole Kidman in “Destroyer.” On paper, these films look as though they could rule the school. The Hollywood Foreign Press Association seemed to agree, with this group of movies accumulating 10 Golden Globe nominations, tying with the reigning champ of film awards this decade, Fox Searchlight. However, the rest of the season is going to be more complicated. The rest of the year will not as simple as assembling approximately 90 members in a room to see their films like it was with the HFPA. Strangely, Annapurna has taken a unique position by releasing all three of these Oscar hopefuls on Dec. 25, Christmas Day. It’s a risky move and one that doesn’t make much sense, especially since “If Beale Street Could Talk” was originally intended to be released a month earlier, on Nov. 30.

As a production company, Annapurna churned out well-funded, mature, and bold projects, many of which played well during their respective award seasons: “The Master,” “Zero Dark Thirty,” “American Hustle,” “Her,” “Foxcatcher,” “Joy,” “20th Century Women,” and “Phantom Thread” among its roster. As a distributor, they’ve been active for little over a year. So far, “Detroit,” “Sorry to Bother You,” and “The Sisters Brothers” are among its only releases and none of those films went on to accrue exorbitant amounts of money. In September, there was an outburst of dysfunction within Megan Ellison’s company, featuring a flurry of internal shakeups such as the resignation of company’s president of film, Chelsea Barnard, and several prominent projects being rerouted to other studios.

Annapurna really needs a win (in the metaphorical sense), and the Globes gave that to them with 10 nominations, to an extent. But the fact is, there are structural problems with this success being replicated elsewhere this season. For instance, Annapurna failed to properly distribute screeners to the Screen Actors Guild. Amy Adams and Christian Bale’s performances in “Vice” were the only two nominations Annapurna’s films received from SAG. No Regina King, no Nicole Kidman, no Ensemble nom for any of the three films. It was a rough defeat after such a triumph at the Globes.

“If Beale Street Could Talk” premiered at the Toronto International Film Festival this September and was met with bleeding hearts and open arms. It extracted the kind of reactions that Best Picture winners “Moonlight” and “The Shape of Water” did; it’s a film everyone has a soft spot for and has no real vocal opposition. Many, including myself, started buying the idea that perhaps Barry Jenkins would be the first African American filmmaker to win Best Director and the film would be the second Best Picture winner he would direct. The film has been hitting its marks with critics groups appropriately — the festival and critical buzz swelling around Regina King have paid off — but the film underperformed at the Golden Globes and then was a complete no-show at SAG. The score and Jenkins’ direction have been the two most lauded aspects the film, yet both missed mentions from the HFPA.

“If Beale Street Could Talk” missing SAG in such a decisive way shouldn’t have happened even if there were screener issues since the film has been screening at festivals since September. That should give you pause. In essence, “Vice” should have been the one to logically get shut out of SAG since it only began screening in November, like “The Post” last year. Yet Bale and Adams persisted, and King perished. Though King has dominated critics groups for Best Supporting Actress, Adams could begin to sweep the televised awards with a clearer path for the Oscar win. It’s nearly impossible to win the Oscar if an actress/actor misses SAG. Adams is one of the hardest working women in the business, one who is seen as overdue, and she has the necessary precursor support. Whether history stays on course with Adams or breaks stats with King, Annapurna is looking at an acting win for Best Supporting Actress, regardless.

If “If Beale Street Could Talk” continues to underperform, this could be bad news for Annapurna, due to the fact that it’s the safer Academy film rather than “Vice.” Adam McKay’s political satire of the George W. Bush administration is controversial, to say the least. I’ve never seen critics collectively react to a film the way they have to “Vice.” Reviews are dividing them to the polar extremes of the spectrum, with some critics calling it the worst movie of the year and others proclaiming it’s the best. This is not a good image to have for Oscar competition, some believe it will cost the film all but acting nominations at the Oscars. I disagree, due to reports that it played passionately with Academy voters before the review embargo was lifted. It will probably separate the writer’s branch into love/hate groups and miss there, but “Vice” could consolidate support in the smaller director’s branch and subject matter/execution can probably be overlooked by the film editors for the movie’s flashy and intricate construction.

From Adam McKay’s controversial film to Karyn Kusama’s controversial film, there’s the incredibly divisive, dark in “Destroyer” and Annapurna’s honest attempt at a Best Actress nomination in a deserving Nicole Kidman. When this film premiered at Telluride, the reactions made me initially believe she would win her second Best Actress Oscar. “Tour de force,” “unlike anything she’s ever done” and “career best” were the consensus concerning her work itself. The reviews for the film overall proved to be more difficult, with some critics championing it, such as Manohla Dargis from The New York Times, and others despising it, such as Justin Chang at the Los Angeles Times. Prominent filmmakers such as Rod Lurie and Christopher Nolan have spoken publicly supporting the film, Karyn Kusama, and Nicole Kidman’s performance. In addition, Annapurna has mounted a laser-focused campaign for the film, zeroing in on Best Actress alone. When you see a TV spot or print advertisement, “Destroyer” has become synonymous with “Nicole Kidman Best Actress” and “woman-directed Best Actress contender.” Kidman has been at every event, every roundtable, in every magazine. So far, she garnered a Golden Globe nomination but missed both Critics Choice and SAG.

The good news for her is the film’s Christmas release date is the perfect opportunity for Kidman to use the timing to her advantage and sneak into the Oscar lineup. As a new BAFTA member and campaigning the film in London, Kidman is likely to gain a nomination there, and Oscar voting will be just around the corner from the film’s release date, which means, the buzz for Kidman’s harrowing performance will be at its apex. She’ll be on every talk show and have her picture in every major newspaper for the film’s reviews while voters are sitting down to decide who to include in their Best Actress lineup, which has helped actors get in despite controversial and late-breaking films in the past.

The Christmas Day release date makes complete and total sense for “Destroyer,” whose main aspirations are a sole Best Actress nomination. “Vice” being released on Christmas was probably the right move, too, considering how divisive it is critically. Perhaps it wouldn’t have led Golden Globe nominations if the embargo hadn’t been in place when HPFA members voted. But now it has momentum under its belt by gaining such important precursors and that’s something critics cannot erase. The Christmas release date is the biggest problem and provides the most detrimental missed opportunity for “If Beale Street Could Talk.” It should have had a November release date, giving it enough time to build word of mouth during the Golden Globe/SAG nominations and over the holidays. It would have so much more going for it had it kept the original Nov. 30 release date than it does now. “If Beale Street Could Talk” isn’t the type of film that needs to keep a low profile. The lovability factor should have had Annapurna shouting the film’s title from rooftops all over Los Angeles and New York.

Annapurna consolidating all their films to be released on the same day end up be the studio shooting itself in the foot. Then again, there’s a chance their Christmas wish could be answered and all the buzz in the room will be on these three films at the time of the Golden Globe ceremony and as Oscar voting starts, and that could prove to be fruitful. The realistic route to bet on is Annapurna not doing particularly well come Oscar nomination morning. “Vice” and “Destroyer,” as clearly stated earlier, are two of the hardest movies this year to form a consensus around. Unlike those two divisive films, “If Beale Street Could Talk” is universally loved among the people who see it. Its problem is lack of exposure. Let’s say, Annapurna fails to deliver for its Christmas slate come Oscar nomination morning, fear not. I suspect all three films will be rewatched, understood, and respected by history. These are three films, daring in their own way, with writing, acting, vision, and production values that are of unique, high quality.