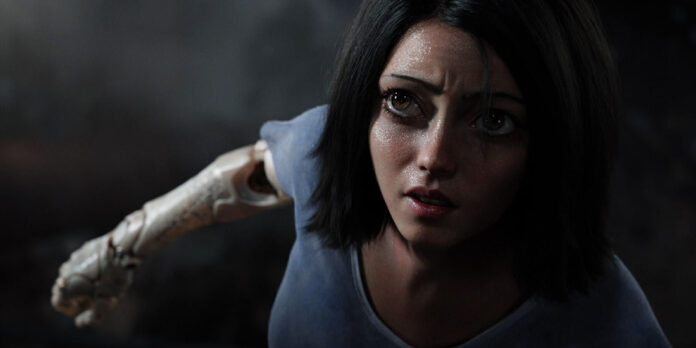 THE STORY – Set several centuries in the future, the abandoned Alita is found in the scrapyard of Iron City by Ido, a compassionate cyber-doctor who takes the unconscious cyborg Alita to his clinic. When Alita awakens, she has no memory of who she is, nor does she have any recognition of the world she finds herself in. As Alita learns to navigate her new life and the treacherous streets of Iron City, Ido tries to shield her from her mysterious past.
​
THE CAST – Rosa Salazar, Christoph Waltz, Jennifer Connelly, Mahershala Ali, Ed Skrein, Jackie Earle Haley & Keean Johnson

​​Japanese anime is notoriously difficult to translate to live action. Generally, this is because anime, like comic books, can use the different art form to tell stories with a more fantastical bent and not seem over the top. From magical girls with superpowers and cute sailor suits to transforming martial artists who fight aliens, anime embraces the weird and far out stories that other mediums would fail at telling. “Alita: Battle Angel” does its very best to walk the fine line between the inherent need of a live-action film to use ideas that are set firmly in our reality and the ability of anime to explore the outlandish worlds of our imaginations. At times it succeeds and fully realizes a world where the most important thing in our characters’ lives is a sports league, and at others, it falls totally flat.

300 years ago, a great war between Earth and Mars left Earth a wreck, with only one of its technologically advanced floating cities still in existence. Supporting it from below is Iron City, a somewhat lawless society that is ruled by Vector (Mahershala Ali), a tyrant of a man who controls the city without a shred of compassion. He also runs the Motorball league, a brutal but well-loved sport that sets advanced cyborg players against each other on a race track, playing a game similar to basketball and roller derby all rolled into one. For the player who does the best throughout the year, they are rewarded with the gift of ascending to the floating city above, something that every person in Iron City longs for.

While searching through the detritus left behind by an old civilization and the current one, Dr. Dyson Ido (Christoph Waltz) finds the remains of Alita (Rosa Salazar), an advanced cyborg creation and brings her back to life with his exceptional medical skills. Once resurrected, the amnesiac cyborg Alita is fascinated with the world around her and while she is exploring one day she meets Hugo (Keean Johnson), a handsome young man who takes an interest in the odd outsider. The two form an almost instant bond and as Alita learns about this new world she finds out that she is gifted with physical skills and strength far beyond even the best cyborgs. Rather than police, Iron City employs Hunters, a bounty hunter society made up of individuals who make their living on finding troublemakers and bringing them to justice. Alita is quickly drawn into their world and as she slowly begins to remember her past she also realizes that she may have a destiny in this strange new place that will bring her into the elite world of Motorball.

Like many of James Cameron’s more recent projects, “Alita: Battle Angel” is an attempt to push the boundaries of visual effects to their limits. It tries to seamlessly mesh the CGI and real worlds and for the most part, it looks fantastic, especially during the many fight scenes. However, it slips so fully into the animated realm that it loses that sense of being a live-action film and instead becomes an animated movie with the occasional scene set in the real world. How this affects the viewers’ enjoyment will depend entirely on the individual, for me it makes the film feel like an expensive excuse to show off the latest visual effects rather than a movie.

The film also suffers from Cameron’s lackluster script that prioritizes fight scenes over the story and has some of the most cringe-worthy dialogue I have heard in years. Rodriguez’s direction makes it feel more like a new entry in the “Spy Kids” franchise which isn’t necessarily a bad thing, but it does leave the film feeling more like an edgy movie for preteens rather than for the adult audience its clearly aiming at. For those who are looking to see some impressive visuals, this will be a real treat as it has a detailed world filled with strange cyberpunk creatures and long fight scenes that use the surroundings to great effect. While “Alita: Battle Angel” did not work for me, it will for others who are able to embrace what it has to offer and overlook or enjoy what I find to be significant defects.​