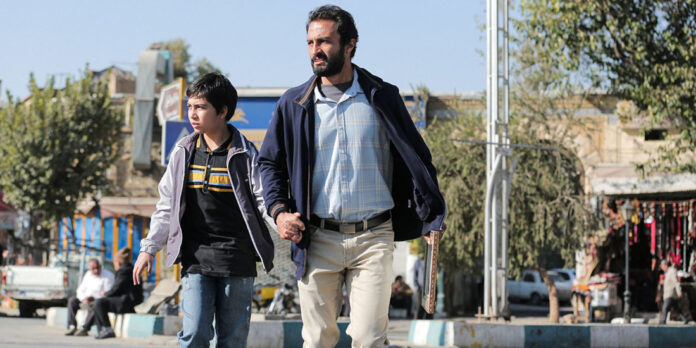 THE STORY – Rahim is in prison because of a debt he was unable to repay. During a two-day leave, he tries to convince his creditor to withdraw his complaint against the payment of part of the sum. But things don’t go as planned.
​
THE CAST – Amir Jadidi, Mohsen Tanabandeh, Sarina Farhadi & Fereshteh Sadr Orafaie

​Iranian auteur Asghar Farhadi has become one of the most consistent filmmakers of the new millennium. His work has amassed him prestigious premieres at film festivals, two Academy Awards for Best International Feature (2011’s “A Separation” and 2016’s “The Salesman”), and the opportunity to work with some of the biggest international stars. Premiering at this year’s Cannes Film Festival (which usually serves as his launching pad) is his newest empathetic film, “A Hero.”

Set within modern Iran, “A Hero” follows the life of Rahim (Amir Jadidi), who is currently on two-day parole from his prison sentence, which he is serving because of his inability to pay off a debt to a local lender. When Rahim and his girlfriend find a bag of gold coins at a bus stop, they decide to pawn them off to help pay the debt. Unfortunately, the exchange rate for the coins isn’t ideal, so they choose to do the right thing and return them to the owner. A woman comes forward to reclaim her lost property, turning Rahim into a local celebrity for his generosity. But after some digging, hidden details start to come up to the surface. Rahim’s story is put under a microscope, with many suspecting there’s more than meets the eye.

Barring his 2018 feature “Everybody Knows,” Farhadi has concentrated his storytelling on his home country of Iran. He is fascinated with showcasing the modern problems that its citizens often deal with – a monumentally tricky task considering the strict censorship the government puts on its artists. Despite the government initially banning him from making the film, Farhadi was able to explore the modern fallacies of divorce and gender in “A Separation.” “A Hero” taps into that same vein as Farhadi spins a web of moral and ethical quandaries so dense that it would give the world’s leading philosophers a headache.

Often compared to the great Alfred Hitchcock for his knack toward suspenseful drama, Farhadi structures his film rapidly in terms of pacing, setting, and plot progression. Taking place entirely throughout Rahim’s two-day parole, the film covers a lot of material in a short amount of time. And this material isn’t clean and dry, as much of it contains complicated details and extensive critical thinking without guaranteeing a satisfying answer by the end. Unlike Hitchcock, Farhadi is entirely invisible in his direction. Like the master he is, Farhadi is always present in his character’s deeply humanistic stories but never visible. There isn’t anything showy about his work as the story and actors carry the film from the beginning until the credits roll. His reluctance to overtly showcase his prowess to the audience is a sign of a director confident in his abilities and the crew that he has assembled. “A Hero” is still filled with a few directorial flourishes, such as a perfectly framed shot here and there, with the final shot rivaling his best visual work to date.

Where Farhadi flexes his muscles is in the jam-packed script. Like Aaron Sorkin’s work in “The Social Network,” there are mountains upon mountains of dialogue, all passing by in the blink of an eye. This is both a blessing and a curse to the film, as it produces a fast-evolving plot that keeps you guessing but also overloads itself and spreads its message too thin over too many topics. The ideas of The Good Samaritan and the troubling machinations of the court of public opinion are topics rife with debate that Farhadi is expertly able to dissect, but just not at the same time. At the center of the film is Amir Jadidi as Rahim, who is a captivating lead like all Farhadi performers. Despite his myriad of problems, Rahim always carries around a dogged smile on his face and a sliver of optimism in his mind. You’re attracted to him as a character because of this and feel betrayed by him once again when the light is shed on the truth.

While he may not be working at the absolute height of his power, Asghar Farhadi’s “A Hero” is still an engaging feature film by a master storyteller doing what he does best. There’s a lot to absorb and digest, with some of the material being quite rough around the edges. However, few filmmakers are as gifted as Farhadi at showing the complicated nature of everyday life and ringing it for every ounce its worth to create a powerful drama.