A Film By Another Name 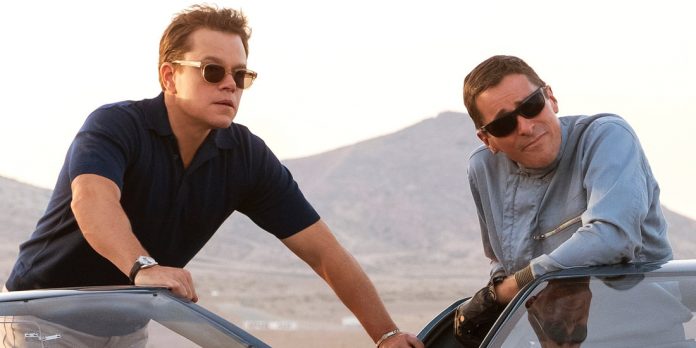 This week sees the UK release of a film known as “Le Mans ‘66,” the film features Christian Bale and Matt Damon as Ken Miles and Caroll Shelby and follows their mission to build the Ford GT40, a new racing car which could beat Ferrari during the 24-hour Le Mans race of 1966. If this plot sounds strangely familiar to “Ford v Ferrari” then that’s because “Le Mans ‘66” is the exact same film but with a different name for European audiences. With the world so open to communication via social media networks such as Twitter, it seems odd to me that the studio would make the decision to rename the film for the audience across the pond, and I suspect that I’m not the only one who’s been left slightly puzzled.

There hasn’t been an explanation given by Fox for the name change, but speculation has it that the film was changed to “Le Mans ‘66” as the race is incredibly well-known here in Europe. This isn’t the first time that a film has been released under a different name depending on its intended audience. Over the years there have been several title changes, and unlike the mysterious reason behind the name change for “Ford v Ferrari,” some of the reasons behind certain title changes are completely understandable. For example, in the case of “Harold and Kumar Go To White Castle,” the film’s title was changed to “Harold and Kumar Get the Munchies” because “White Castle” isn’t a chain that is recognizable in Europe.

Other examples of name changes include 2012’s “The Avengers” which is known as “Avengers Assemble” in the UK, as “The Avengers” was the name of a popular crime spoof show that ran in the 1960s – it starred Patrick Macnee who was joined by various glamorous and intelligent female assistants including “Game of Thrones” star Diana Rigg. Coincidentally, an adaptation of “The Avengers” was released in 1998 and starred Ralph Fiennes and Uma Thurman (the film was a total box office bomb and is considered one of the worst films ever made). Considering that most audience members flocking to see Marvel’s Avengers are too young enough to even recall the 1998 film version of “The Avengers,” the name change seems a little too over-the-top.

“The Avengers” wasn’t the only Marvel film to have its title changed, in 2011 the “Captain America” was dropped from “Captain America: The First Avenger” in Russia, Ukraine, and South Korea. Of course, this decision was a slightly political one, as the studio believed the film’s success at the box office in these countries may be affected by the word “America” in the title.

Another example is “Live Free or Die Hard” which had its title changed to “Die Hard 4.0” for a European audience as they wouldn’t be familiar with the New Hampshire motto. Although the addition of the “0” seems a little unnecessary in my personal opinion, why not just stick with the “4”? The Zac Efron led comedy film “Neighbors” was changed to “Bad Neighbors” in both the U.K. and Australia to avoid confusion with a popular and long-running TV soap called “Neighbors,” which is shown in both countries. And, in the case of “The Madness of King George III,” the film’s title was changed to benefit American audiences, and the “third” was dropped from the title, as distributors were worried that viewers would believe the film was a sequel. Other title changes have been done due to more “family-friendly” reasons, with Disney’s “Moana” being renamed “Oceania” in Italy to avoid confusion with a famous adult-movie star named Moana Pozzi (probably a very smart move by Disney).

A little trivia for you: Judd Apatow’s “Trainwreck” has had not only one title change, but several across the globe including being known as “Crazy Amy” in France, “The Girl is a Mess” in Argentina, and in Russia it was given perhaps the world’s most misleading title ever: “A Girl Without Complexes.”

While some title changes are sometimes baffling, and we may never get a proper explanation as to why certain titles are changed, there is often a very logical reason behind the name change. Audiences differ across the globe, so in order to respect cultural differences and customs, film titles must occasionally change. And, if a studio wants their film to be a box-office hit on a global scale, then they must cater to different countries. Regardless of the confusing name change with “Le Mans ‘66” and “Ford v Ferrari,” the film has received rave reviews and I’m looking forward to catching it this weekend when it opens here in the U.K.

Have you ever experienced something like this before? Are you seeing “Le Man ’66” this weekend or “Ford v Ferrari?” Let us know your thoughts in the comments section below or on our Twitter account.