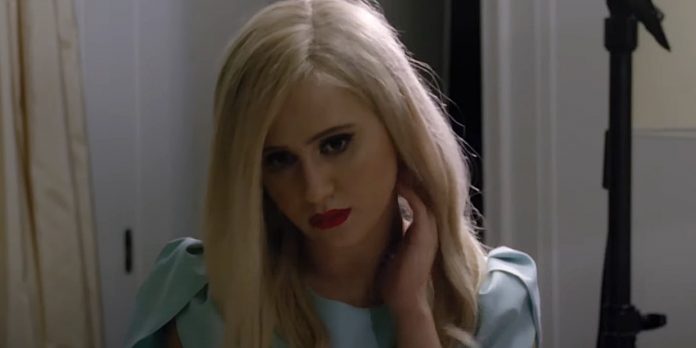 By Robert Dougherty
​
The Best Supporting Actress Oscar race is among the most confounding Oscar categories this year, for one reason or another. Even if pundits are convinced Glenn Close will steamroll to victory no matter what “Hillbilly Elegy’s” Tomatometer is, they are scrambling to find enough names to fill out the field against her. But whether the field is too thin or just too wide open, the general consensus is there hasn’t been a Supporting Actress race like this in a while. In truth, however, the field is perhaps far more familiar than that.

At first glance, last year’s Supporting Actress contenders look far more formidable than this year’s, from winner Laura Dern to nominees Florence Pugh, Scarlett Johansson, Margot Robbie and Kathy Bates, and to controversial snubs Jennifer Lopez and Zhao Shuzhen. On closer look, however, all their narratives and paths through last year’s Oscars are remarkably similar to the ones laid out before this year’s contenders, whether or not they turn out the same way.

Last year, Dern was a long overdue, industry beloved veteran who started as the preseason favorite to finally win for a showy supporting role in a Netflix film. Though “Marriage Story” itself fell short of preseason expectations, in the end, Dern did not, steamrolling to victory as expected months earlier. She didn’t quite steamroll through the critic awards part of the season, as Lopez and Pugh kept her from blowing out the competition. But when the industry began to weigh in, no one stood a chance against Dern, as her win became every bit as inevitable as it looked when award season began.

A year later, Close is a long overdue, industry beloved veteran who started as the preseason favorite to finally win for a showy supporting role in a Netflix film. Though “Hillbilly Elegy” itself is underperforming even the lowest preseason expectations so far, it still might not be enough to derail Close herself. As of Dec. 22, she hasn’t quite steamrolled through the early critic awards so far, as she’s been winless and has only received 1 supporting actress nomination from the Music City Film Critics Association. But when the industry begins to weigh in, many suspect no one will stand a chance against Close, as a win could become every bit as inevitable as it looked when award season began.

Last year, the early search for a serious challenger to Dern yielded a very unlikely candidate from a very unlikely film. “Hustlers” sprung up in early fall to become a surprise hit, anchored by Lopez in her most widely praised movie role of the 2000s. The critic awards reflected her ascent, as she was neck-and-neck with Dern for most Supporting Actress wins for a good part of the season. Although that didn’t hold out the whole way through, a nomination still looked assured after all of Lopez’s critic wins and Twitter buzz – until she won the honor of being the most surprising snub instead.

A year later, the early search for a serious challenger to Close is yielding an even more unlikely candidate from an even more unlikely film. “Borat Subsequent Moviefilm” sprung up in early fall to recapture the shock value and biting commentary of the original, only this time it was newcomer Maria Bakalova who stole the spotlight from Borat and Sacha Baron Cohen. As of December 22nd, the critic awards have reflected her breakout, as her six Supporting Actress wins (as of this writing) have made her the most honored performer of this very early season.

That likely won’t hold the whole way, yet Bakalova’s critic wins and Twitter buzz stand to power her candidacy for the long run. No one could have imagined this back in September, just as few could have imagined Lopez being the buzzy candidate of the moment last September. Of course, new star Bakalova and longtime icon Lopez are at polar ends of their careers, and those pulling for Bakalova will hope her Oscar nomination morning is different from Lopez’s as well. 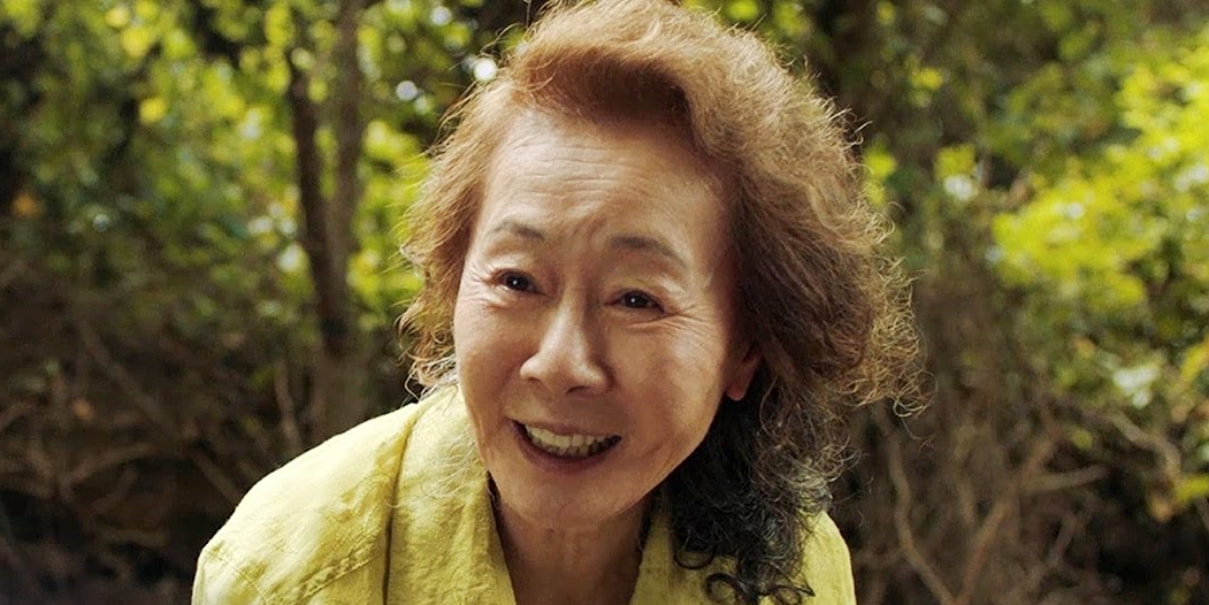 Lopez wasn’t the only debatable snub last year, as “The Farewell’s” Shuzhen was another critical and Twitter darling passed over in the category. In that vein as well, history may or may not repeat itself, as “Minari’s” Youn Yuh-jung is the latest critical darling for playing the grandmother of an Asian family in an almost unanimously raved movie. As of December 22nd, Yuh-jung is the only actress besides Bakalova to win a Supporting Actress critic award this season. Yet while they’ve been the big winners so far, conventional wisdom is that they’ll be battling each other just to get nominated, not to win.

Conventional wisdom this year also suggests that there’s only one open slot to battle over, as Close, “Mank’s” Amanda Seyfried, “The Father’s” Olivia Colman and “Pieces of a Woman’s” Ellen Burstyn are widely considered to have the first four locked. Many an early pundit has joked there’s almost no one else left in a supposedly narrow field, but Bakalova and Yuh-jung have already proved there are candidates to be found. Yet the Academy may not be so willing to look outside the box for them, just like they weren’t last year when they overlooked Lopez and Shuzhen, as they may look for an alternative in the exact same way this year.

Instead of Lopez or Shuzhen, the field was filled out by “Richard Jewell’s” Kathy Bates, an early 90s Best Actress winner and longtime veteran who only needed one emotional speech in a real, politically divisive movie to rally voters. A year later, early 90s Best Actress winner and longtime veteran Jodie Foster is looming ahead for “The Mauritanian,” a true and likely politically divisive movie where she might only need one big speech to rally voters – and she may have a few of them as a lawyer defending a wrongfully imprisoned Guantanamo Bay inmate. Even if “The Mauritanian” only has mixed reviews; otherwise, it might not matter, just like that and the likes of Lopez and Shuzhen didn’t matter when Bates got in anyway.

Maybe there’ll be more room to go around if one of the other presumed favorites falter. Yet, they can also look to last year for signs in their favor. Unlike Lopez and Shuzhen, Pugh’s breakthrough for “Little Women” made the cut, as she made audiences who derided and dismissed Amy March for decades take another more in-depth look at her. This year, Seyfried is poised for the same result in “Mank” after making audiences who derided and dismissed Marion Davies for decades take another deeper look at her.

Meanwhile, Colman is favored to make a quick return to the Oscars for “The Father” two years after her Best Actress win for “The Favourite,” as fast as Robbie returned for “Bombshell” just two years after her Best Actress nomination for “I, Tonya” And like Johansson was nominated for playing a mother in “Jojo Rabbit,” Burstyn may get in for playing a far different mother in the far different “Pieces of a Woman.”

By that point, comparisons between last year and this year become flimsier, although they are still positively eerie elsewhere. If the similarities are still this strong in a few months, then it will be undeniable where it all ends up, especially when it comes to Oscar night. For all the anger over 2019’s Supporting Actress snubs and all the speculation over who had the best chance to threaten Dern, none of it mattered when the industry marched in lockstep to crown Dern as predicted. If history repeats itself, then all the speculation over who might get in and who might have the best chance to threaten Close won’t matter either.

Yet Dern won the most critic awards last year for a movie that got major Oscar nominations almost all across the board, which are two advantages Close is unlikely to have this year. And of course, there are other major differences between this Oscar season and last year, in spite of similarities elsewhere.

​In an extended season with a landscape like none before it, maybe early critic wins and Twitter love will make more of a difference for Bakalova than they did for Lopez. Maybe those burned by Shuzhen’s snub will have reason to get their hopes up again for Yuh-jung. Perhaps the Academy will choose to look towards someone new instead of falling back on a past winner to round out the category. For that matter, maybe either Seyfried, Colman, or Burstyn will keep their momentum going if they get nominated, unlike Pugh, Johansson and Robbie last year.

Or like last season, maybe all this Supporting Actress speculation is Film Twitter’s way of keeping itself occupied before begrudgingly or otherwise accepting an outcome preordained long ago. At least so far this season, the story in this category has primarily stayed the same, which bodes well for some more than others. But there are still two-and-a-half months left to forge some different endings on nomination morning – and if so, then maybe other new endings will be possible too.

Who are you currently predicting to win the Oscar for Best Supporting Actress? Let us know your thoughts in the comments section below or on our Twitter account. Also check out the latest Oscar predictions from the Next Best Picture team here.

Share
Facebook
Twitter
Copy URL
Previous article
The Next Best Picture Podcast: Episode 227 – The Films We Are Most Looking Forward To In 2021
Next article
“THE WHITE TIGER”