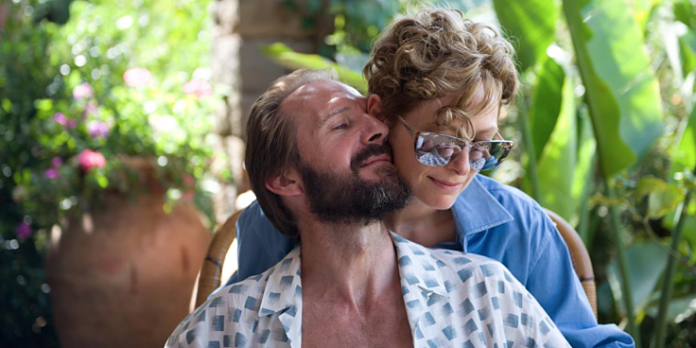 ​”A Bigger Splash” is a film that so desperately wants to be the critical indie darling of the year with its complex characters and the relationships they each share with one another. Instead, it comes off as a shallow attempt at trying to create big waves within a crowded marketplace despite its talented cast who all give tremendous performances. The film is a slow burn where the past comes back to these characters, resulting in tragic consequences. With such an interesting premise, location, talented cast and rich characterization, one has to wonder why the film consistently fails to grip us?
​
​Former rock and roll superstar Marianne Lane (Tilda Swinton) and her documentary lover Paul Se Smedt (Matthias Schoenaerts) are living in seclusion on an Italian island under the hot sun. Marianne is currently recovering from a throat operation which has prevented her from fully speaking. Their stay is interrupted when their old friend Harry (Ralph Fiennes) flies in with his estranged daughter Penny (Dakota Johnson). Tensions both personal and sexual arise when Harry insinuates himself back into his former lover’s life and his beautifully young daughter catches the eye of Paul.

“A Bigger Splash” lives and dies by its cast. Tilda Swinton continues to be one of our greatest living actresses. Here she plays a role unlike any other where she is mostly mute due to a recent throat surgery. When she does speak, the moments are powerful enough to make us pay attention. She commands the screen with her presence and turns in one of her most unique performances yet. It’s one of sexuality and tormented yet silent power. Ralph Fiennes also proves once again why he is one of the most underrated actors around. When one thinks of the greatest actors of our generation, he does not immediately get mentioned. The truth is, he should. As Harry, Fiennes plays him with all of the wit, charms, yet overbearing annoyance you could possibly imagine. When Harry begins rambling to entertain the people around him, he thinks he’s so delightful. His true self, however, only reveals itself in his scenes with Marianne where his vulnerability shows in unexpected ways. Fiennes will be the true stand out for many, but his loud and showy performance only works due to the contrast against Tilda Swinton. Matthias Schoenaerts and Dakota Johnson are each very good in their respective roles, despite neither having the gimmicks that the screenplay affords to Swinton and Fiennes.

All of the characters are drawn to each other in one way or another. Whether it be through love, lust or friendship, the emotional complexities of the relationships within this film are explored deeply as the film progresses. Unfortunately, director Luca Guadagnino does not know how to accurately keep the film from boring us almost to sleep. Awkward editing and scenes which seem directionless saturate this film throughout its entire two-hour running time. And although the film does start to take an interesting turn in its third act, the pacing once again slows down to the point where whatever momentum it was building up prior, suddenly comes to a screeching halt. Props though have to be given to the sunbaked cinematography of Yorick Le Saux who captures all of the scenery and nudity of the film’s cast with beautiful honesty.

“A Bigger Splash” will no doubt have its fans. It’s a psychological adult drama that is worth checking out for its talented ensemble (Especially Swinton and Fiennes) alone. However, the distracting editing, uneven pacing and frustrating turn of events in its final act did not do well to convince me that this complex relationship drama is worth recommending. Luca Guadagnino may have wanted to make waves with this film for his career, but instead of a bigger splash, he has created a minor ripple within the water. It will no doubt spread and give the talented Italian director more notoriety, but consider yourself warned.