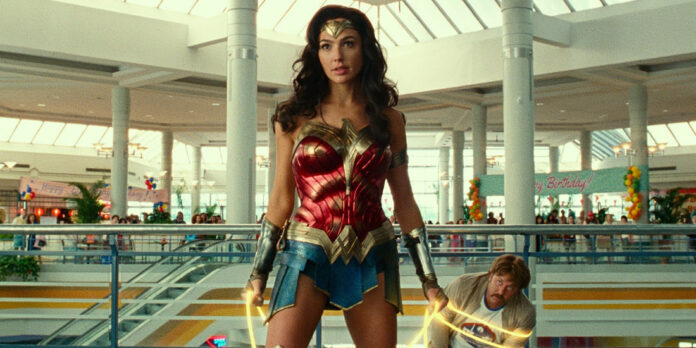 THE STORY – Diana Prince lives quietly among mortals in the vibrant, sleek 1980s — an era of excess driven by the pursuit of having it all. Though she’s come into her full powers, she maintains a low profile by curating ancient artifacts, and only performing heroic acts incognito. But soon, Diana will have to muster all of her strength, wisdom and courage as she finds herself squaring off against Maxwell Lord and the Cheetah, a villainess who possesses superhuman strength and agility.

​​When “Wonder Woman” came out in 2017, it blazed a path that no superhero movie had before. It was a time before “Captain Marvel” or this year’s “Birds of Prey,” in which a superhero film based around a female character had never been made before and was considered risky. But Patty Jenkins’s film became a cultural phenomenon, receiving mostly positive reviews and setting a record at the box office as the highest-grossing film made by a solo female director. So, there are high expectations for Jenkins’s sequel, “Wonder Woman 1984,” which releases on Christmas Day.

The film opens to find a young Diana (Lilly Aspell, once again), back on the island of Themysciara, competing in an athletics competition against older Amazons. After trying to cheat her way to victory, her aunt Antiope chastises her, “No true hero is born from lies.” The gorgeous and bright visuals and a fantastic score by Hans Zimmer (with a particularly memorable use of fellow composer John Murphy’s “Adagio in D Minor” from “Sunshine” during a key moment in the film) that stand out in this scene characterize much of the film but are perhaps at their best here.

We flash forward to find Diana (Gal Gadot) in Washington, DC in 1984, saving a jogging woman from being hit by a speeding car, a bride from tumbling to her death, and a mall from thieves. Outfitted in stylish ensembles, she works as an anthropologist at the Smithsonian, but she’s lonely and photos scattered around her apartment show how much she continues to miss Steve (Chris Pine).

She soon befriends Barbara (Kristen Wiig), a bumbling archeologist that most people ignore. Barbara is very taken with Diana and after the two discover a citrine wishing stone in a recent shipment, she wishes that she was more like her. Barbara is also in the midst of being romanced by the charismatic-to-the-point-of-sleaziness businessman Maxwell Lord (Pedro Pascal). But it’s genuinely the stone that he has his eye on and once people start making wishes, it’s clear that you really do have to be careful what you wish for.

Unfortunately, this film never reaches the heights of the first one due to issues with the script by Jenkins, Geoff Johns, and David Callaham. It doesn’t give Barbara’s character enough room to develop into Diana’s arch-enemy, Cheetah, as much as Wiig tries to sell it. The film’s lighter tone in the beginning mostly works, though it feels like a jarring change from the first film. The plot often throws logic out the window and while there are some big action scenes in which Gadot shines, they lack the grandeur of the first movie. It’s also strange for a film set in the 1980s that takes such pains to mimic 1980s fashion and style to miss the opportunity to have a great soundtrack of 1980s hits.

The wishing stone grants Diana’s wish and returns Steve to her in another man’s body. Some of the best scenes of the film showcase his amazement at all of the technology that has developed since he was last alive in 1918, from Pop-Tarts to escalators, with Pine in wide-eyed wonder. The chemistry between the two is as electric as it is in the first film and Gadot, who is also a producer of the film, gives a fantastic performance. The costuming of both is also excellent, especially Diana’s pantsuits.

But it’s a clean-shaven Pascal who gives the film’s standout performance as Maxwell Lord, as he goes from a jovial but determined conman to a villain falling apart. Maxwell is a “television personality” and businessman whose ambition is only rivaled by his love for his young son. Between his television background and how he tries to appeal to the people of the world, there’s something obviously Trump-ian about him. Still, he’s a reasonably sympathetic antagonist and has touching moments as well as delightfully unhinged ones.

“Wonder Woman” was a decidedly anti-war film and this film tackles many themes from the idea that your greatest wish might cost you something that you would never have expected to the importance of telling the truth. It also addresses how superheroes are required to make sacrifices to save humanity, something that is more difficult for Diana to do in this film than in the first. They’re not always fully developed and nuanced, but they’re still interesting topics.

While “Wonder Woman 1984” does provide some escapist fun and charming moments, its long runtime of two and a half hours and slow pacing work against it. It has some of the most robust sound and visual effects work of any film this year, but they’re only occasionally on show compared to a typical action film. Plans for another Wonder Woman film are in the works but are vague — we can only hope that a third film might restore the character to her former glory.