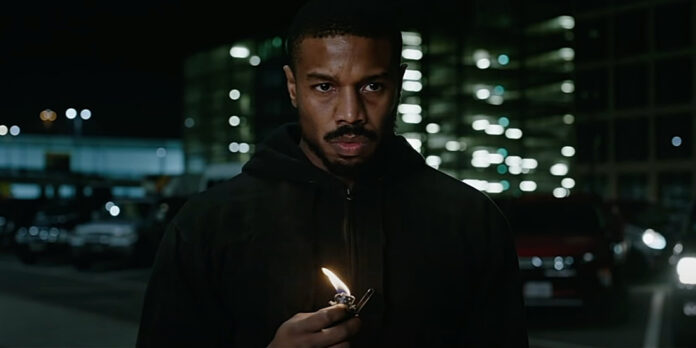 THE STORY – Seeking justice for the murder of his pregnant wife, an elite Navy SEAL uncovers a covert plot that threatens to engulf the United States and Russia in an all-out war.

For as wildly popular as Tom Clancy’s novels have remained, it’s a bit surprising that Hollywood has had a tough time adapting them over recent years. Though the Jack Ryan films and series have found success to varying degrees, “Without Remorse” has been in some level of development for nearly three decades. Even with the wildly popular “Rainbow Six” video game franchise, it’s surprising that this film adaptation seems to have been tough to nail down. Enter Michael B. Jordan, both star and producer of “Without Remorse.” Unfortunately, the resulting film hasn’t been worth the wait. Even with talent like Jordan out in front, this is hardly the film you want to launch a successful franchise.

In Aleppo, Syria, an elite squad of Navy SEALs rescues a C.I.A. operative held hostage by the Russian military. John Kelly (Jordan) and his team narrowly escape, losing a man in the process. Months later, back in America, Kelly has left the SEALs to return to private life. Members of the SEAL team are killed one by one in apparent retaliation for their mission. Kelly manages to kill his attackers, but not before losing someone he loves. Shattered by this loss, Kelly goes on the offensive to track down those responsible.

Very quickly, this film becomes less about a story and much more about getting from one action set-piece to the next. Rarely does it feel like the plot naturally leads to the next mission or fight scene, but they can’t go too long without blowing something up. I wouldn’t necessarily have a problem with that, except that the action isn’t always unique or interesting enough to keep me invested. Director Stefano Sollima faced a similar problem with his previous film, “Sicario: Day of the Soldado.” The tone is consistently grim, and the visuals are primarily dark and muddy, but there are still some standout moments.

“Without Remorse” stays relatively grounded overall, aiming for gritty realism as opposed to fun action. That kind of works, but it makes for a somewhat bland experience. One of the best sequences in the film leans further into the silliness of the action hero genre. After Kelly is imprisoned for a very public attack on a Russian official, he’s expecting to be attacked at any moment. When he hears potential attackers coming to open his cell, Kelly wraps his hands in towels and readies himself. Shirtless and unarmed, Kelly proceeds to take on an entire squad of officers, all decked out in full riot gear. It’s ridiculous and silly, but it’s the sort of fun that the rest of the movie sorely misses.

Another great sequence comes as Kelly and his team are flying back to Russia to pursue their leads. Their plane is spotted and shot down by the Russian military. This happened far too quickly from a story perspective and is a little disconnected, but it was necessary to set up the expensive set-piece. The plane makes an abrupt water landing, breaking in half. As the plane begins to sink and fill up with water, excellent production design and choreography made for some exciting visuals. The airplane cabin rolls around this way, and that as the camera stays stationary, water pouring in all the while. Sadly, not all the action is as creative. Much of it involves shootouts in dark environments against faceless henchmen. It’s not bad per se; it’s just nothing special.

Worst of all, poor writing leads to unbelievably obvious twists that you can predict five minutes into the movie. Poor character development all around wastes good actors like Jamie Bell, Jodie Turner-Smith, and Guy Pearce. Even Jordan does a solid job here, dialing down his charisma but never losing his charm, and yet it can’t save a boring plot. This is a revenge film but bogged down with generic global politics that we’ve seen a hundred times before. It’s serviceable but forgettable. In about a week, I think it’ll be difficult for me to remember what “Without Remorse” was even about.

Throughout all of those years that this film was in development, we saw too many films do a similar version of this story. It’s just not fresh anymore. Nearly everything about this film lands right in the middle. The action is not bad, as much as it’s just fine. The story isn’t necessarily poor either; it’s just mediocre. There’s plenty worse out there, but to launch a big new “Rainbow Six” franchise, you’ll need more than what we’re given here.