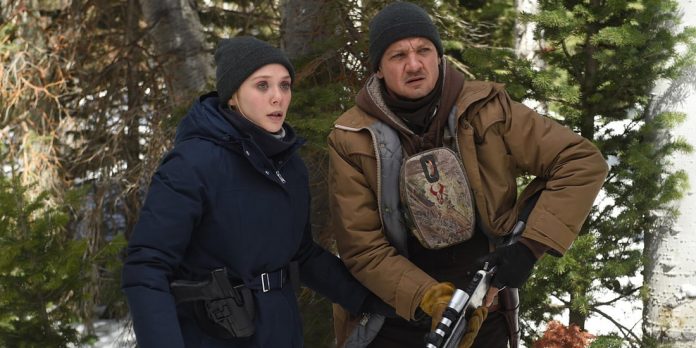 We are in the midst of a defining moment for Hollywood and film fans across the world. Past actions are being brought to task and new protocol is being set in place to prevent the horrors that sexual assault victims have faced in this industry. Though a film trying to sully its reputation is lower on the totem poll of issues (when compared to victims’ experiences), there are a handful of professionals who have worked hard not to have their names dragged down with Harvey Weinstein.

Click beyond the jump to read about how Taylor Sheridan and crew are hoping to save “Wind River.”

We had already reported how “Wind River’s” home release would have Weinstein’s name (both the company’s name and personally) removed for viewers. Especially in this critical time where screeners are being sent to voters in the guilds and the various regional critics groups, nothing would be worse than to put in a screener only to see the name “Weinstein” on your screen.

Acacia Entertainment, the production company behind “Wind River,” has taken further action to separate themselves from The Weinstein Company. The film will be financed by the Tunica-Biloxi Tribe of Louisiana. While separating from Weinstein could be perceived as simply “trying” to get some good PR, all signs are pointing to the good intentions of writer/director Taylor Sheridan and the folks at Acacia.

As part of the new partnership, all future proceeds from “Wind River” will go to the National Indigenous Women’s Resource Center, a nonprofit set up to advocate for Native American women and children against the kind of violence “Wind River” was able to shine a light on. Acacia Entertainment and Sheridan released the following statement (via the LA Times):

“At its best, film allows an audience to learn from an experience without the burden of having to endure it. ‘Wind River’ holds a mirror to an ignored epidemic raging through this nation — the exploitation of women. Nowhere is that epidemic more acute than on this nation’s Indian reservations.”

“Through tremendous sacrifice by all involved in this production, and great trust given me by the Tunica-Biloxi tribe — a trust they have extended to wrest control of this film from a perpetrator of the very violence this film highlights — we have all endeavored to paint an accurate and empathetic picture of one of my nation’s great shames — its apathy toward the original inhabitants of this country.”

“As an artist, I am beholden to the responsibility that comes with storytelling — hold the mirror to our world, and do not flinch at the reflection…Meaningful change only comes from telling the truth of what one sees.”

Whether or not Jeremy Renner, Elizabeth Olsen Taylor Sheridan or the film as a whole are able to break into this year’s awards race, it is good to see a group of artists taking a stand for those less fortunate. Here’s hoping the best for all those involved with “Wind River.”

What do you think? How should other Weinstein productions move forward? Do you think “Wind River” will re emerge in this year’s race Let us know in the comments below!