Why “The Woman In The Window” Should Be Released On Hulu 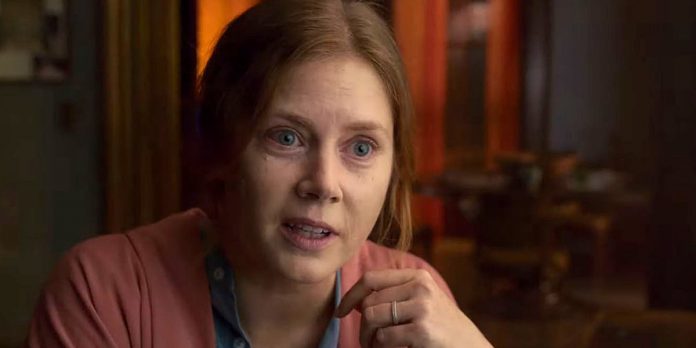 ​The COVID-19 pandemic has substantially affected every aspect of our everyday lives. As it pertains to the world of film and television, specifically, the coronavirus has brought an abrupt halt to the media entertainment most of us partake in as a hobby or calling. Theaters have been shut down along with most other non-essential businesses, and studios have been forced to reevaluate the release dates of some of the most marketable movies this year, including “Mulan,” “No Time to Die,” “Wonder Woman 1984,” “Black Widow,” and “Dune”. None of us know when we will get to see these hotly anticipated films because the duration of the pandemic can only be read into and speculated upon. Another film affected is “The Woman in the Window”.

​Initially, “The Woman in the Window” was slated as a distinguished thriller based on a popular book, à la “Gone Girl,” with an October 2019 release date that could have possibly led Amy Adams to her seventh Academy Award nomination. The film is overflowing with A-list talent on and off the screen: Oscar winners Julianne Moore and Gary Oldman co-star alongside Adams; “Atonement” and “Darkest Hour” director Joe Wright is at the helm; Tracy Letts adapted the source material into the screenplay; five-time Oscar-nominated cinematographer Bruno Delbonnel has brought it to the frame; four-time Oscar-nominated composer Danny Elfman provides the score; two-time Oscar winner Albert Wolsky is costume designer. The concentration of A-list filmmaking talent is overwhelming. Last summer, many of us thought: “What could go wrong?” (Or maybe that was just me since this is my kind of quintessential film and talent pool.)

Instead of unfolding as the dream project it appeared to be on paper, “The Woman in the Window” has been put through the wringer over the past year. The film was a property of 20th Century Fox – now called 20th Century Studios – and when the company merged with Disney, its fate never felt secure. After a highly negative reaction from test screenings over the summer, the film underwent reshoots and lost its prime awards release date in October. “The Woman in the Window” was then set up to be released in May of this year, which inspires a continued skepticism from the film’s negative test screenings. Recently, it was announced that the film’s release has been delayed, yet again, this time indefinitely due to the coronavirus outbreak.

There’s no concrete news as to the destiny of “The Woman in the Window” at this point. However, my friend Michael Schwartz suggested to me that Disney could release the film on their streaming platform, Hulu, imminently rather than waiting to release it at a later time theatrically. This could be a brilliant calculation and yield the most success for this unsettled project if Disney would consider it.

​Here are a few reasons why it would behoove Disney to consider releasing “The Woman in the Window” on Hulu in the next few weeks:

What do you think? Do you agree with this take? Is “The Woman in the Window” better suited to be released as a TV Movie on Hulu rather than be released theatrically? Let us know your thoughts in the comments section below or on our Twitter account.