Why The Academy Should Recognize Subtle Acting More Often 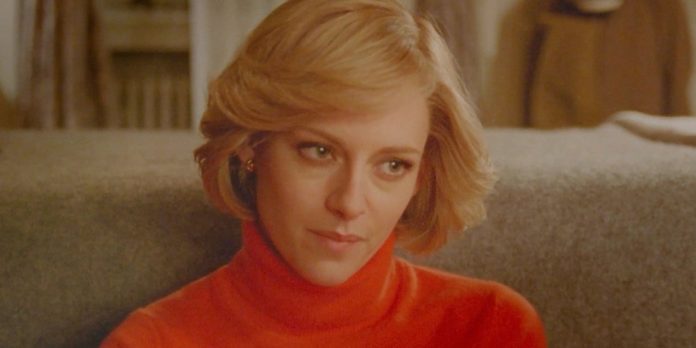 Within every Oscar season, a decent amount of time is dedicated to the acting categories. Totaling in 20 nominees, it’s the one section of categories at the Oscars which garners the most attention due to the recognizable faces that occupy it each and every year. Therefore, actors make up for most of a film’s awards campaign, from film festival premieres, to the various awards shows which lead up to the big night on Oscar Sunday itself. But, as with every category, there are specific biases and unspoken rules about what type of process generates an Oscar win. Today, we are going to talk about internal and external acting, particularly when it comes to this year’s Best Actress category.

As of now, the current Best Actress frontrunner is Kristen Stewart for her role as the late Princess Diana in Pablo Larrain’s “Spencer.” Stewart has been critically celebrated for her performance since the film premiered at the Venice Film Festival and has quickly fueled the Oscar buzz. But Oscar pundits alike are far from declaring Stewart as a lock for several reasons. One is that this would mean Stewart would be winning on her first Oscar nomination which happens, but is not common. The second is that “Spencer” as a whole might not earn the amount of Oscars nominations as we hoped it would to propel Stewart as this year’s Best Actress. But, another factor pertains to Stewart’s method of acting.

Stewart has been known to approach her craft from an inward perspective. Meaning she has always been interested in the essence of a character. This has been demonstrated in most of her work, like “Still Alice,” and her collaborations with Olivier Assayas in “Personal Shopper” and “Clouds of Slis Maria,” for which she won a César Award. As an actor, Stewart fully embodies a character’s internal and emotional journey. It is not just about what her characters are saying, but it is how they are reacting to and experiencing the events in the film. This is true with “Spencer” as we follow the late Princess for three days at the Queen’s Sandringham Estate. Throughout the film, Diana is struggling with the Royal patriarchy, an establishment that has been dictating her every move. For this specific piece, the Diana character relies on an internal performance which makes Stewart the perfect candidate for such a film. And she delivers.

But, does Stewart’s approach track with what the actor’s branch usually awards Best Actress? I would say not quite. Typically, the actor’s branch favors an external performance. Meaning, actors and Oscar voters want to see a performance, especially if it is a portrayal of someone who truly existed. The truth of the matter is that we live in a world that values the extrovert, and the Academy is no exception to that bias. Voters gravitate to performances with ‘a scene’ that allows the actor to use every tool in their acting toolbox. They want them to scream, cry, have page-long monologues, go on a full transformational journey, and then some. This tracks with Oscar wins from Emma Stone in “La La Land,” Viola Davis in “Fences,” Cate Blanchett in “Blue Jasmine,” and more. The list goes on and on.

Take last year’s Best Actress lineup, for example. The nominees included Andra Day for “The United States vs. Billie Holiday,” Viola Davis for “Ma Rainey’s Black Bottom,” Vanessa Kirby for “Pieces of a Woman,” Carey Mulligan for “Promising Young Woman,” and Frances McDormand for “Nomadland.” Four out of the five nominees consist of external performances. Davis, Day, Kirby, and Mulligan all have at least one big scene where they show range in an exterior manner. This especially applies to Day and Davis, who played real people and transformed into their characters via prosthetics, accents, and even sang.

But, the exception here is that the winner, Frances McDormand, won with an internal performance. McDormand never had a scene where Fern cried or exploded; she was very much the audience’s funnel into the film’s setting. So one could think that if McDormand won with this type of performance, then surely Stewart should still be fine? Not exactly. McDormand was in the Best Picture winner and not just a repeat nominee, but a repeat winner who won on external performances before and recognizing her work in “Nomadland” was a way to highlight her range as a performer.

Granted, Stewart’s performance in “Spencer” isn’t wholly internal. Diana frustratingly confronts Prince Charles, has emotional moments throughout the film, and is on the verge of tears for almost the entire runtime. These aspects could still easily work in her favor which could result in an Oscar win. Plus, she has the history and star power to overcome the Ingénue role where winning on a first nomination seems likely, following a similar trajectory to Brie Larson for “Room.” What Stewart does in “Spencer” shows true emotional intelligence and an understanding of acting in the film medium. Yes, acting comes from what the actor says in a scene, but it is also about reacting. It is about how the actor responds to a line or how they play the downbeat of a scene. Stewart’s performances, especially in “Spencer,” are all about portraying the person’s innate nature. Whether she is speaking or not, Stewart demands the audience’s attention and shows us exactly what Diana is going through with her eyes and physicality. She doesn’t need dialogue to get a message across. All she needs is a camera to observe every tick and reaction she makes. Which, in my opinion, is film acting at its best.

There is no doubt that acting is a spectrum and that there are many ways to interpret a character. But bigger doesn’t always mean better. In addition to Kristen Stewart’s performance, Tessa Thompson delivers a substantial internal performance in “Passing” and should be getting as much awards buzz as her co-star Ruth Negga, who is giving an extroverted and colorful performance. Another example is Olivia Colman, who previously won an Oscar for an outrageously animated performance in “The Favoruite” but might be delivering her best performance yet in the more quiet and subtly layered “The Lost Daughter.” It would be refreshing if the actor’s branch began to honor performances that relied more on reactions than they did on dialogue because these performances are just as exceptional and deserve to be praised.

But alas, it is only November and far too early to declare a locked Best Actress race. Considering the number two spot most likely belongs to Jessica Chastain, a past nominee who delivers a transformative performance which includes every element the actor’s branch tends to go for in “The Eyes of Tammy Faye,” it appears Stewart has, by no means, an easy path to the Oscar stage. However, if there’s anyone who can win on their first nomination with a mostly internal performance, I think it’s her. Let’s hope the Academy continues to look past the more noticeable performances and take a closer look at the actors who are speaking to us from the inside.

Do you prefer introverted or extroverted performances? Who do you think is going to win in the four acting categories this year? Let us know in the comments section below or on our Twitter account.