Why Daniel Day-Lewis Might Upset Gary Oldman For best actor 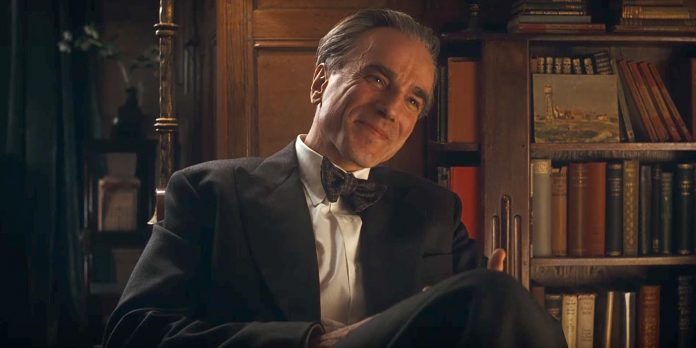 ​This year’s batch of Academy Award nominees is one of the most predictable in recent years. Though Best Picture is still anyone’s award, the majority feel like a formality with a clear frontrunner in every category.

Gary Oldman is widely considered a sure thing to win his first Oscar for his leading performance in “Darkest Hour,” but there may just be some surprise competition from three-time winner Daniel Day-Lewis. A shock win for his performance in “Phantom Thread” may not be as impossible as it first sounds.

​First of all, the retirement announcement would not have hindered his campaign this year. Rather, this tactical early notice may have won him a few extra votes from Academy peers keen to help him leave on a high note and rubber stamp his career with a fourth and final Oscar. It wouldn’t be the first time an Oscar has been awarded in lieu of previous work – Sandra Bullock, Leonardo DiCaprio, and Jeff Bridges are recent winners who spring to mind.

Though to compare to the above three would be to suggest this is a performance undeserving of an Oscar, relative to his previous work. In “Phantom Thread” he delivers one of his most nuanced, compelling and emotionally raw performances within a carefully executed romance from Paul Thomas Anderson – his discreet directorial brilliance the perfect platform for Day-Lewis’ talents to shine one final time. Make no mistake, this performance in isolation is deserving of an Oscar and any other year he would likely be the frontrunner.

A surprise win for Daniel Day-Lewis would be even less plausible, were it not for the obvious popularity the film has with the entire Academy membership. Far from flying the flag alone, “Phantom Thread” celebrated six Oscar nominations including Best Picture, Director and Supporting Actress. That’s as many as “Darkest Hour” and more than either “Lady Bird” or “Call Me By Your Name.” Clearly, Paul Thomas Anderson’s drama resonated with the Academy and Daniel Day-Lewis could be the one who benefits.

Also, do not underestimate the significance of multiple nominations either. Each branch of the Academy votes separately for their respective awards, so directors vote for directing nominees and the sound branch votes for sound nominees and so on. However, all Academy members vote for all categories on the final ballots, so a film with enough popularity to earn multiple nominations demonstrates a broad appeal, which can earn precious extra votes across the board. Therefore, despite “Phantom Thread” not posing a threat at either the Globes or BAFTAs, it should not be ruled out of any category at the Oscars (Especially in Best Original Scoreor Best Costume Design).

The problem it faces in the final ballot is the switch from preferential voting to plurality voting. The difference is crucial to the potential outcome. The former is a weighted, ranking based system where voters list their choices in order of preference – in other words, a divisive film loved by some and hated by others will not do as well as a film liked consistently by everyone. This means something like “Phantom Thread,” which may not have been anyone’s first choice but everyone’s fourth choice (Hypothetically), will earn numerous nominations.

The plurality vote is much more straightforward, where one vote is cast and the nominee with the most votes wins. Therefore, Daniel Day-Lewis’ nomination, within the wider recognition of “Phantom Thread,” makes a lot of sense, but a win is perhaps less likely assuming, based on awards season as a whole, that is wasn’t the first choice in anything. Though compounded to the above factors, and with some hard campaigning towards the right people, it thus makes him an outside shot at causing a big surprise on Oscar night. The campaign would need to be something quite special to overtake the established fanbase of even the other nominees. “Call Me By Your Name” and “Lady Bird” have intensely dedicated fans ensuring nobody can have a conversation about the Oscars without their inclusion. Timothee Chalamet would certainly win the popular vote and shouldn’t be ruled out completely either. Also, considering the #OscarSoWhite repercussions and the self-inflicted pressure for Hollywood to celebrate any non-white male talent as much as possible this year, Daniel Kaluuya could just ride the “Get Out” train all the way to a Leading Actor upset or, and this would be a wild result, Denzel Washington pulls off the win.

Let’s be honest, everyone loves an underdog, and if Daniel Day-Lewis positions himself as a credible and backable nominee, he could win some protest votes, some sympathy votes, or some “Wouldn’t it be funny if Oldman actually lost” votes. Though the others have equally viable shouts to cause an upset, they have already had their chance and failed to do so. Daniel Day-Lewis is the wild card and nobody can predict with any certainty how he will fare.

All things considered, this is still Gary Oldman’s Oscar to lose, but the results never go perfectly to plan and it wouldn’t be the first shock acting result:

•    Marcia Gay Harden won Supporting Actress in 2001 for “Pollock” without any other major award nomination that season.
•    Adrian Brody beat Daniel Day-Lewis (“Gangs Of New York”) for Best Actor in 2003 for “The Pianist” as well as a controversial win for director Roman Polanksi.
•    Christoph Waltz surprised many in 2013 beating Tommy Lee Jones (“Lincoln”) to Supporting Actor, and winning his second Oscar to preserve a 100% conversion rate, for his role in “Django Unchained.”
•    Matthew McConaughey (“Dallas Buyers Club”) defied the odds and masterminded a sweep through awards season for Best Actor in 2014, beating both Leonardo DiCaprio (“The Wolf Of Wall Street) and Chiwetel Ejiofor (“12 Years A Slave”) in career-defining performances.
To be clear, Daniel Day-Lewis should fight hard for this Oscar because he is not out of the running, but with most guild and critics awards under his belt this year we should still assume victory for Gary Oldman. He is widely considered overdue for an Oscar and, unlike Daniel Day-Lewis, he has not previously won, but with this being only his second nomination voters may just think he can wait a bit longer.

Also, with Guillermo del Toro, Frances McDormand, Alison Janney, and Sam Rockwell pretty much locked in with little competition in the other major categories, and Best Picture race too close to call (But probably going to “The Shape Of Water“), this may be the only award capable of producing a shocking headline. And we all know how much the Academy loves a headline.