Where “Belfast” Currently Stands In The Oscar Race 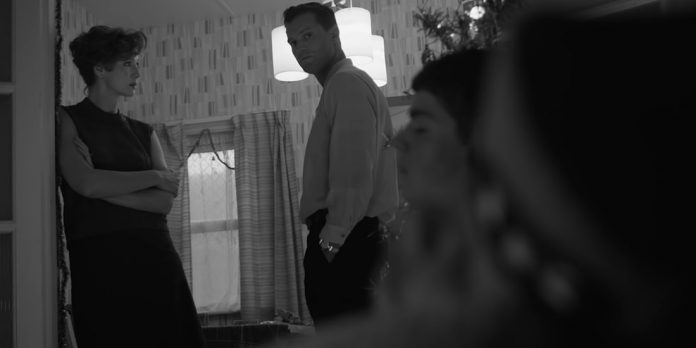 “Belfast” was the projected Oscar frontrunner ever since winning the Toronto Film Festival Audience Award, if not earlier when it had its world premiere at the Telluride Film Festival. But in recent days and weeks, its frontrunner status has been chipped away, to the point where it’s now staring at the distinct possibility of being shut out entirely on Oscar night. In that context, when it was revealed to be ineligible for the WGA awards on January 12th, just hours after a very mixed performance at the SAG nominations, it looked like another damaging blow for Kenneth Branagh’s Oscar contender. But in its current state, not being able to compete at the WGAs may well be the thing that saves “Belfast’s” Best Picture hopes, or at least keeps them alive all the way up to the very end.

When the season started, “Belfast” looked like the favorite not just in Best Picture, but in Best Director for Branagh, Best Supporting Actress for Caitriona Balfe, Best Supporting Actor for either Ciaran Hinds or Jamie Dornan, and Best Original Screenplay for Branagh’s script. However, its momentum began to dim when Jane Campion started sweeping in Best Director for “The Power of the Dog,” when Ariana DeBose emerged as the new consensus Supporting Actress favorite for “West Side Story,” and when “Licorice Pizza” was regarded as the new favorite for Best Original Screenplay.

This past week started out somewhat promisingly for “Belfast” when it won Best Screenplay over both “Licorice Pizza” and “The Power of the Dog” at the Golden Globes, depending on whether one thinks the Globes still mean anything at this point. But after that, it was all downhill from there, due to losses for Best Picture Drama, Best Director, Best Supporting Actor, and Best Supporting Actress. Yet those blows were just the beginning thanks to the SAG nominations, where “Belfast” did get nominations for the ensemble and for Balfe, only for Hinds and Dornan to both miss Supporting Actor.

The Best Supporting Actor Golden Globes outcome was already damaging enough to “Belfast” when Kodi Smit-McPhee proved he wasn’t just a critics’ favorite, giving “The Power of the Dog” a crucial new edge in the race. After SAG’s snubs, Best Supporting Actor may be completely closed to “Belfast” as Hinds or Dornan might still get Oscar-nominated but now have almost no chance to win. Even if Smit-McPhee becomes vulnerable, Troy Kotsur and Jared Leto have far greater odds to catch him than Hinds or Dornan, since performers who get snubbed by SAG rarely win the Oscar – as the Kristen Stewart snub further reminded everybody. With Best Supporting Actor victory hopes now all dashed for “Belfast,” and hopes already fading for both Best Supporting Actress and Best Director, it seems there are only one of two ways “Belfast” can go at the Oscars now. The two most likely outcomes are that “Belfast” will win Best Original Screenplay and Best Picture only, just like “Spotlight” did in 2015, or it will win absolutely nothing at all.

To that end, it didn’t look good on the surface to have “Belfast” ruled ineligible for the WGAs, as now “Licorice Pizza” can more easily win there and ride the momentum to an Oscar victory. If it does so and all the other major categories don’t budge, “Belfast” will all but certainly win nothing after being favored for much of the season, just like “The Trial of the Chicago 7” in 2020 and “The Irishman” in 2019. And yet, while “Belfast” can’t steal momentum back from “Licorice Pizza” by beating it at the WGAs, it can’t lose to it at the WGAs either – which by default may save it from total elimination before Oscar night. If “Belfast” had gotten to compete against “Licorice Pizza” at the WGAs, it still could have won as it did at the Globes. But if it had gotten there only to lose, then it likely would have been the death knell for any Oscar hopes it had left. In that scenario, Paul Thomas Anderson would have become an overwhelming favorite to beat “Belfast” again for his first Oscar and would have closed the door on any hopes of it using a Best Original Screenplay victory to rally in Best Picture. Yet, now their only likely showdowns before the Oscars will be at the Critics Choice Awards and possibly the BAFTAs, where the odds would likely favor a “Licorice Pizza” Critics Choice win and a “Belfast” BAFTA win. Without the WGAs to serve as a crucial tiebreaker showdown in that scenario, this race will likely stay up in the air until the finish, even if it includes a “Licorice Pizza” WGA win over films that aren’t “Belfast.”

This near-exact path played out in 2018, when “Green Book” won the TIFF Audience Award and then Best Screenplay at the Globes. Although “Green Book” didn’t win the WGA prize, a PGA win was able to keep its forward momentum going, even when it lost BAFTA’s Best Original Screenplay category to “The Favourite.” By then, it was well on track to getting revenge on “The Favourite” at the Oscars, which virtually clinched Best Picture for “Green Book” then and there. “Belfast” didn’t win a Best Picture or Best Supporting Actor prize at the Globes like “Green Book” did, but it is still running the same path in Screenplay and clinging to life because of it. As such, even if “Belfast” gets surprised at BAFTA, it wouldn’t knock it out completely – at least not like it would have been by losing both the BAFTA and the WGAs. And as long as that technicality keeps it alive for Best Original Screenplay, it will not be totally dead for Best Picture.

In that scenario, it can still win in Best Picture and Best Original Screenplay only – yet even then, it might still need some help. For much of this season, it was easy to think that even if Campion won both Best Director and Best Adapted Screenplay, it could still be assumed it was a case of voters loving Campion more than “The Power of the Dog” as a whole. Under that assumption, a supposedly more broadly loved film like “Belfast” could still win Best Picture as long as it won Best Original Screenplay too, while “The Power of the Dog” settled for significant wins for Campion only. But now that Smit-McPhee might well take Supporting Actor too, it would be the final proof that voters do want to honor “The Power of the Dog” beyond just Campion.

If “The Power of the Dog” wins Best Director, Best Adapted Screenplay, and Best Supporting Actor, too, it would have a very slim chance of losing Best Picture, no matter what anyone else does. However, if Smit-McPhee stumbles late and “The Power of the Dog’s” only major above-the-line wins are for Campion, after all, then a “Belfast” Best Original Screenplay win would make Best Picture a virtual coin flip at the very end. Maybe it doesn’t sound right that one Screenplay win would possibly outweigh two major wins for Campion, especially if “Belfast” doesn’t have any other Oscars by then. Nonetheless, it is the best if not the only scenario “Belfast” has left to win Best Picture at this stage. Anything else would require Branagh to suddenly stun Campion for Best Director or Balfe to overcome both DeBose and “The Power of the Dog’s” Kirsten Dunst for Best Supporting Actress. It isn’t impossible for either Hinds or Dornan to still win Supporting Actor and stop Smit-McPhee from sealing Best Picture for “The Power of the Dog.” Still, it would be a nearly unprecedented feat after their SAG misses (although, a Best Ensemble win for it would certainly help a lot). Therefore, “Belfast” will have to root for Kotsur, Leto, or maybe “Licorice Pizza’s” own Bradley Cooper to upset Smit-McPhee and do it a massive favor, now that neither of its own supporting actors can likely derail Smit-McPhee on their own. Barring any more shockers, this is where “Belfast” is at and likely to stay for a while. It is truly all or nothing for this movie unless Best Original Screenplay is ultimately reserved as its one cumulative win while “The Power of the Dog” otherwise sweeps Best Picture, Director, Supporting Actor, and Adapted Screenplay. But as it stands, the more likely outcome is “Belfast” either rides a Best Original Screenplay comeback to the big prize or gets no prizes at all.

At the bare minimum, “Belfast” cannot be counted out before Oscar night, if only by default of not being able to lose at the WGAs first. That makes it the Schrodinger’s Cat of Oscar season now, as it is neither alive nor dead for Best Original Screenplay by virtue of its WGA ineligibility, and therefore neither alive nor dead yet for Best Picture, which could not have been said if it was allowed in. If it does win Best Picture, getting sidelined for the WGAs may well go down as the moment the tide turned back in its favor – even during a week where almost everything else that could have gone wrong for “Belfast” did.

Where do you think “Belfast” currently stands in the Oscar race? Which Oscar categories do you have it getting nominated for and what do you think it will win? Check out the NBP team’s current Oscar predictions here and let us know your thoughts in the comments section below or on our Twitter account.