What Is Going To Win Best Comedy/Musical At The Golden Globes? 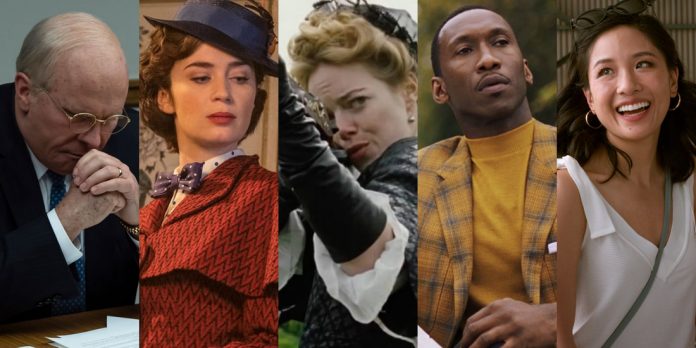 Sometimes the split categories at the Golden Globes create feelings of unworthiness and, specifically, many people view the Comedy/Musical categories as inferior to the Drama categories. This year, that’s not the case. The competition in the Best Picture Comedy/Musical category is one to write home about. “The Favourite” “Green Book,” “Mary Poppins Returns,” and “Vice” all have a viable chance to triumph. Any one of the masterclass contenders could win this category in a cakewalk in a weaker year. Though it deserved its nomination, “Crazy Rich Asians” is not in contention to win the prize. It should be happy it was nominated here to begin with. “Vice” overperformed and earned six nominations; “The Favourite” and “Green Book” each accumulated five nominations; and “Mary Poppins Returns” scored four nominations. It’s an embarrassment of riches.

This is perhaps the strongest the Comedy/Musical category has been in the past 20 years. The only other comparable year in recent memory was 2013, with the near-flawless lineup of “American Hustle,” “Her,” “Inside Llewyn Davis,” “Nebraska,” and “The Wolf Of Wall Street.” 4/5 of those Golden Globes nominees were nominated for Best Picture at the Oscars and the one that didn’t was a critical favorite which simply failed to materialize on the awards scene. This year is similar in that, all four “The Favourite” “Green Book,” “Mary Poppins Returns,” and “Vice” stand a good shot at a Best Picture nomination at the Academy Awards. Each of the four films could appeal to this idiosyncratic group of Golden Globe voters for the ultimate prize of the ceremony. 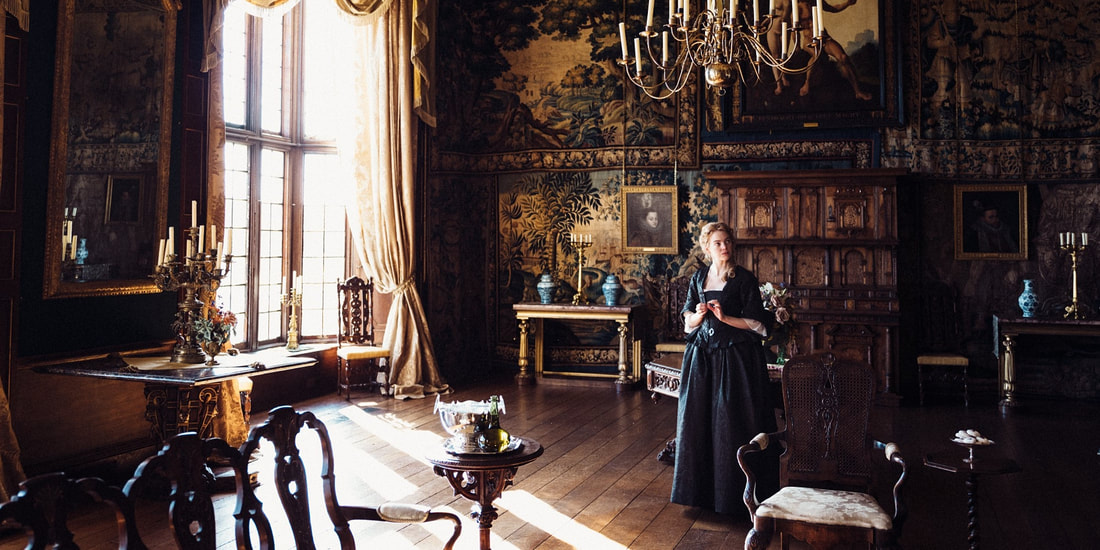 Pros: Before the nominations, I thought this would be the runaway winner. The comedic shrewdness and acute tone are right up the alley of these voters, as well as three Golden Globe-winning actresses heading this ornately decorated period piece. It’s the dramedy of all dramedies this year and the piercing humor gives the film a snob appeal to which the HFPA would be attracted. “The Favourite” reminds me of a cross between “The Grand Budapest Hotel” (2015 winner) in its tone or “Three Billboards Outside Ebbing, Missouri” (which won in Drama) in its irreverent humor and celebrated A-list cast.

Cons: Despite the film receiving five nominations, Yorgos Lanthimos was left off the list of nominees for directorial achievement. If they loved the film as much as I predicted, he probably wouldn’t have missed. It’s hard to imagine the film winning Best Picture without such a crucial nomination, all the while, a more timidly directed film like “Green Book” did receive a director nomination.

Other Potential Wins: Unless they have a “Green Book” sweep like they did last year with “Three Billboards Outside Ebbing, Missouri,” I would suspect the film’s delicious, twisted, and biting writing has the Best Screenplay category locked up. Olivia Colman has had the most consistent buzz of any actress this year, which began at the Venice Film Festival. She has the potential to win, but the Globes may spread the wealth to a friendlier and showier performance in Emily Blunt. 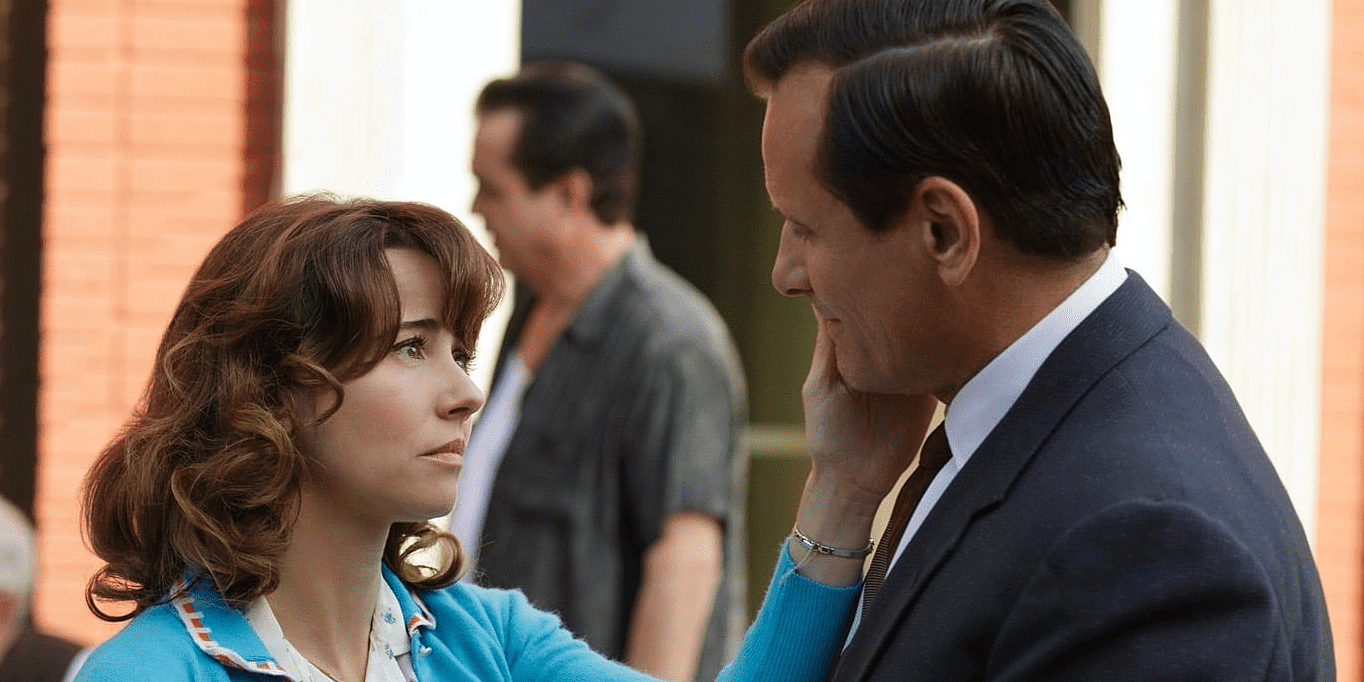 Pros: The Globes love feel-good movies that try to analyze American culture. There’s a lot of obvious humor in the film as well as heavier, dramatic issues about race, sexuality, and socioeconomics. I would argue that “Green Book” doesn’t comment on them well, but that’s never been an issue for this group of voters before. (Look at their record with last year’s controversial film “Three Billboards Outside Ebbing, Missouri” and the socially insurgent movie “Get Out.”) It’s also a period piece with two highly respected actors leading the film. For such a simplistic film and story, it’s odd that director Peter Farrelly was nominated by the HFPA. That indicates ocean-deep support for “Green Book.” Scoring a Best Director nomination gives it serious credibility as a predicted winner.

Cons: “Green Book” has undergone serious racial controversy for over a month now. Dr. Don Shirely’s family has just spoken out criticizing the way the film portrays his life story. Viggo Mortensen himself offended many with his use of the “n” word in a Q&A a few weeks ago. These probably won’t factor into a potential loss as much as a recent lack of precedent. We haven’t seen a winner like “Green Book” at the Golden Globes for quite some time.

Other Potential Wins: Given Mahershala Ali’s Oscar-winning performance in “Moonlight” was not properly rewarded here two years ago. Seeing as they love this film so much, Ali will probably win in Best Supporting Actor. Beyond that, it’s hard to imagine the film winning anything else unless they undeniably love it. In that case, Mortensen could take Best Actor and the film has a chance of winning Best Screenplay. 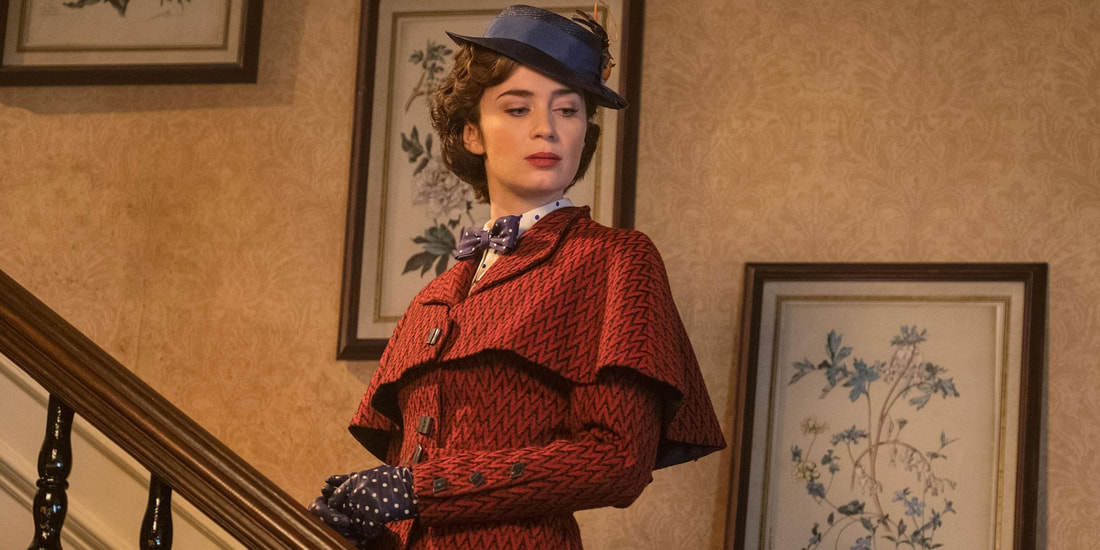 Pros: The Globes love to throw their weight behind musicals. “Mary Poppins Returns” has the all the period glamour and extraordinary musical numbers to which this group of voters will be drawn. Rob Marshall and Emily Blunt are HFPA favorites, and let’s not discount the fact that this film summons the ultimate nostalgia many holds for one of the most beloved Disney films of all time. It’s the only musical in the category, too, which helps consolidate the musical-loving bloc of voters in the association. When a musical is nominated here, the HFPA usually can’t help themselves but to vote for it over the steep competition.

Cons: The film received the least amount of nominations of the four frontrunners, missing the directing and screenplay categories, which isn’t completely abnormal for musicals that go on to win here. Yet, I’m struggling, because all the musicals that have won here have been more mature films, or at least had prominent intellectual themes, and most importantly, weren’t a member of the family/children’s film genre. The musicals that win here tend to carry more sophistication than “Mary Poppins Returns.” Think about how “Into the Woods” lost this category when more substantial films like “Birdman” and “The Grand Budapest Hotel” were in the lineup. Whereas a more adult musical like “Les Miserables” was able to curtail “Silver Linings Playbook.” “Mary Poppins Returns” also missed a Best Original Song nomination, which could be due to split-voting, but nonetheless, it missed. Meryl Streep was also left off the Best Supporting Actress shortlist, indicating the film does not walk on water with the voters.

Other Potential Wins: Though Colman’s performance as Queen Anne is likely to appeal more to literally every other group of voters this award season, the HFPA will embrace Emily Blunt’s take on the iconic magical nanny. Blunt has now been honored with six Golden Globe nominations, and she’s never won for a film performance. This is their style of acting. Also, the original score for “Mary Poppins Returns” will likely begin its sweep of the season by first clinching the Globe. 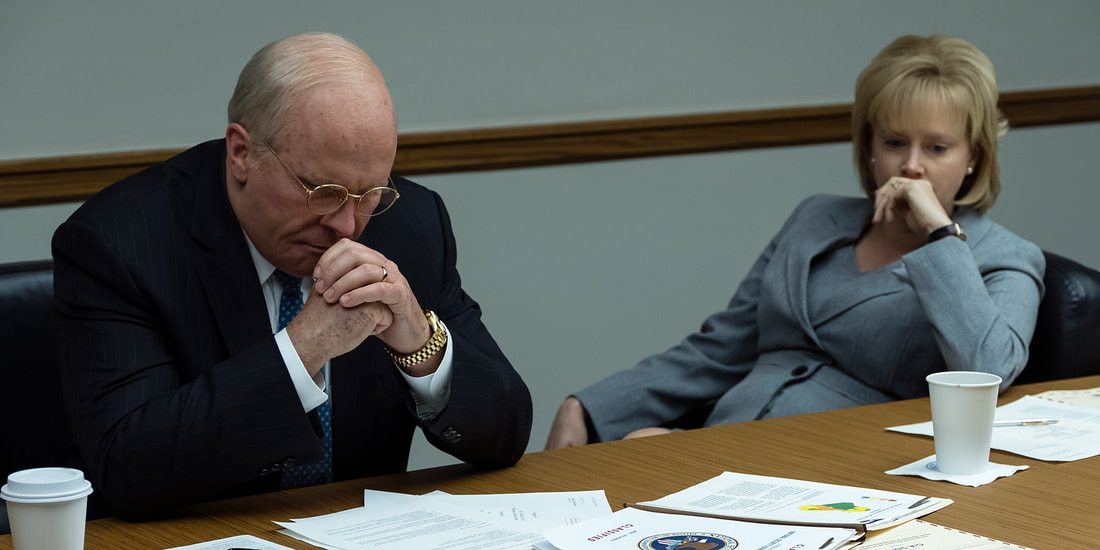 Pros: To everyone’s surprise, “Vice” overperformed on nomination morning. I was one of the few to predict Sam Rockwell’s Best Supporting Actor nomination, and I don’t know of many who were expecting Adam McKay to receive both screenplay and directing nominations. Most people were surprised by the fact that it got more nominations than any other movie this year. The voters must have really taken to the McKay’s vision to shower it with six nominations. “Vice” is one of the final projects to be released, which means the apex of its buzz in the conversation is just now hitting. The film satirically criticizes America, which the HFPA is always ready to reward. It has a pungent and overt tone, and the list of Golden Globe-winning actors in this film sells itself to these voters. The last time Amy Adams and Christian Bale were in a satirical period comedy, “American Hustle,” it won this exact category. “Vice” reminds me a lot of “American Hustle” with the HFPA, with its potential wins, the timing of the release, and being the nominations leader.

Cons: The embargo on critics’ reviews for “Vice” was recently lifted and it threw the Internet for a loop. I’ve never seen anything quite like it. There were four-star reviews that hailed it as the best film of the year and one-star reviews citing it as the worst. Though the HFPA never seem worried about controversial picks in the past, it’s worth thinking about the impact of the extremely divisive reviews. Voting for a film about Vice President Dick Cheney, one of the most hated figures in America and who is often singularly blamed for the Iraq war, under a President Donald Trump administration is a hard idea to swallow.

Other Potential Wins: Bale feels like a solid candidate to bet on for Best Actor, considering his enormous physical transformation and hammy character acting. Amy Adams is a Golden Globe darling and “Vice” is being mounted as her overdue Oscar campaign, which the Globes would love to kickstart. Her biggest competition is Regina King for “If Beale Street Could Talk,” but given that film underperformed with nominations and “Vice” overperformed, it’s difficult to argue against Adams and for King. Though Adams has won twice, the HFPA is not afraid of going overboard with giving certain actors win after win, take Jennifer Lawrence.

With all that being said, I do predict “Green Book” will have the broad support with these 90 or so voters. Though, something about the way “Vice” has been received by critics makes me think, the HFPA may want to take a shocking stand and handsomely reward it with Best Picture. In general, they like to spread the wealth, and with the exception of the three Drama categories and Best Director, I imagine that these four competitive Comedy/Musical films will win every category. Here’s how I would rank the four films from most likely to least to win Best Picture and which other awards I have them predicted to win right now.

So what do you think is going to happen this Sunday at the Golden Globe Awards? Be sure to enter into our contest here and provide your own predictions, listen to ours on the podcast here and tell us down below in the comments section or on our Twitter account.