What I Think Will Play At The 2021 Telluride Film Festival 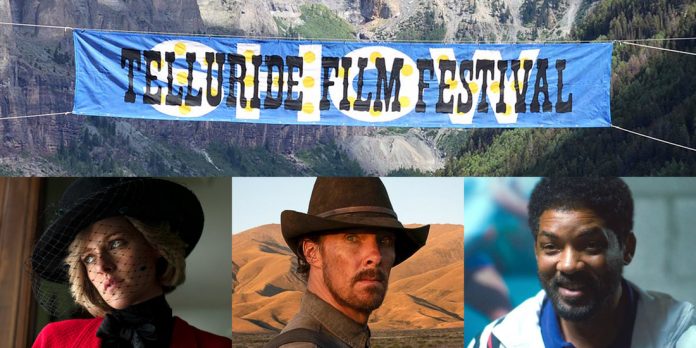 ​After being forced to cancel its in-person festival last year due to the COVID-19 pandemic, the Telluride Film Festival returns this week with a lineup that promises to be bigger than ever to make up for the lack of last year. Paying patrons, Oscar bloggers, film critics, and eager audience members from all over the world will be traveling to the mountains of Colorado for the four-day festival (9/2-9/6), which runs in the middle of the Venice International Film Festival (9/1-9/11), bringing us the unofficial kickoff to the 2021 awards season. The Toronto International Film Festival (TIFF) will soon follow on September 9th and run until the 18th, followed by the New York Film Festival (NYFF) from September 24th, taking us into October until the 10th. It’s always an overwhelming, busy time, and this year I’m proud to say I’ll be personally covering three out of the four, which is a new record for me (Telluride, TIFF & NYFF), but it all starts with Telluride. Famous for keeping its lineup a secret until audience members arrive, what might be playing at this year’s festival? I’ve been doing some investigative work, analyzing the lineups for the other festivals, and paying close attention to the premiere status of each film. Click below to see what I think will be playing at this year’s Telluride Film Festival.

The average number of films which play at the festival every year is 30, and that’s how many I have listed above. Anyone who listens to the podcast on a weekly basis knows that I’ve been obsessing over this for weeks, and I think this is as close as I’m going to get, barring a surprise appearance from Denis Villeneuve’s “Dune” (it’s playing everywhere else, so why not here?) or a world premiere for Scott Cooper’s long-delayed “Antlers.” Don’t expect big heavy hitters such as Steven Spielberg’s “West Side Story,” Guillermo del Toro’s “Nightmare Alley,” or either one of Ridley Scott’s newest films, “House Of Gucci” or “The Last Duel” (which will be premiering at Venice after Telluride is over). There is a small outside shot that a film that is supposed to have its world premiere in Toronto could go AWOl and decide to premiere at Telluride instead unexpectedly. Rumors have circulated that the film that fits this description best is Kenneth Branagh’s “Belfast,” but I’m not that bold or optimistic enough to say this will happen, despite a precedent for it in the past.

If I’m right about the lineup, then “Becoming Cousteau,” “Blood Brothers: Malcolm X & Muhammad Ali,” “C’mon C’mon,” “Cyrano,” “Encounter,” “Fauci,” “Julia,” “King Richard,” “The Electrical Life Of Louis Wain” and “The Rescue” will all be world premieres at this year’s festival. Cannes holdovers would include “A Chiara,” “A Hero,” “Bergman Island,” “Prayers For The Stolen,” “Red Rocket,” “The French Dispatch,” “The Velvet Underground,” “Unclenching the Fists,” and “Vortex.” While “A Chiara,” “The Card Counter,” “Spencer,” “Three Minutes – A Lengthening” and three Netflix films, “The Hand Of God,” “The Lost Daughter,” and “The Power Of The Dog,” would all be making their way over from Venice.

Two years ago, I attended the festival for the first time and have been eagerly anticipating the day when I would return. It’s truly a unique (and expensive) experience to be up in the cool mountains, with gorgeous weather, a lack of paparazzi, and a generally calm vibe amongst the attendees and talent. There’s an intimacy created by this environment, which makes celebrities more willing to talk with you, whether you happen to be in line waiting to get in to see a movie or informally bump into one another walking from one venue to another. Such an atmosphere, along with the cobblestoned streets, to quote “In Bruges,” makes Telluride “feel like it’s out of a fucking fairytale or something.” Not knowing the lineup beforehand and having that sense of discovery at the beginning of the Oscar season only aids in this fantastical quality hovering over all of the proceedings, making it one of the year’s premier festivals.

​All guests will be required to be vaccinated and have conducted a successful COVID-19 test within 72 hours of picking up their passes. Hopefully the extra day will allow for everyone to get to see the films they want, as seating will also be restricted due to the pandemic. Although it seems like there is a lack of a BIG film playing at this year’s festival (past years have been home to screenings of “Arrival,” “Gravity,” “First Man” and “The Aeronauts“), I’m sure nearly everything will be worth the money and the time. Oscar season officially kicks off with Phase One this week (the film festivals). Who could not be excited?