What “Belfast” Means To Me 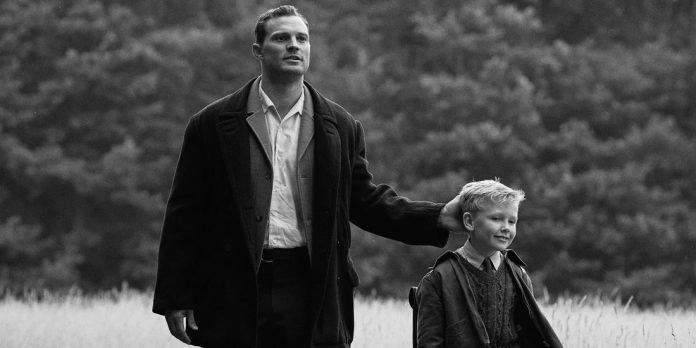 ​​If you saw Lauren LaMagna’s compilation the Next ​Best Picture team’s best theatrical experiences of 2021 yesterday, then you probably read my comments about Kenneth Branagh’s “Belfast.” I wanted to expand upon those thoughts here and explain why the film has been very special to me this year. In August, I moved from Vancouver to Toronto, which is well over 2000 miles, to begin studying for my master’s degree. I left the place in which I’d been born and raised for over twenty years for somewhere much bigger, faster, and louder. While a significant portion of my extended family lives in Toronto, this move gave me the perspective to realize how much I love Vancouver and that there is no place like home, for lack of a better phrase. As this is my first year at Next Best Picture, I felt incredibly determined to seek out this year’s new releases, and “Belfast” had been one title near the top of my list for several months.

As I often do, I saw “Belfast” alone. Popcorn in hand, I sat back to take in this already declared awards season “frontrunner,” with my critic’s cap firmly in place. But I knew no matter how hard I tried, I could never watch “Belfast” through totally objective eyes. I had just moved to Toronto from Vancouver and was living alone, away from home, for the first time in my life. One-half of my family hails from Ireland, specifically from Belfast. As Northern Irish Catholics, my grandma (my dad’s mom) has recounted many stories of the discrimination she experienced as a young woman in Belfast due to her distinctly Irish last name. She and my grandad left for Toronto in the mid-fifties, where my dad was born soon after. They then relocated to Vancouver when my dad was still a baby. According to him, he spoke with an Ulster accent as a boy until he started school. I couldn’t help but picture the adorable and charming Buddy, played with an endearing sweetness by Jude Hill, through whose wide eyes the film’s action is seen, being the closest I would ever get to see my dad as a child.

By far, the film’s most tear-jerking moments were those between Buddy and his grandparents, played so well by Judi Dench and Ciarán Hinds. At ninety-seven, my grandma is still my go-to conversation partner when it comes to studio-era cinema. She would have been my age now in 1947 and was lucky enough to be there in person for the Golden Age of Hollywood and its dazzling stars. My granddad passed away ten years ago, and as is the case with Buddy, this was the first major familial death of my life. As a result, my memories of him are as a typical grandfather figure, taking every opportunity to spoil me rotten as any grandparent would. Though bearing little physical resemblance, Hinds performance, his accent, and his relationship with Buddy felt both eerily and comforting familiar. As the film started to come to an end, I found myself in a state of devastated happiness or jubilant sorrow. Crying and laughing simultaneously, immediately texting my family with my movie recommendation attached with a word of caution: “dad is gonna cry.” I had the urge to call my grandma and tell her about the experience with a similar apprehension of the emotional memories it could bring up.

My family saw the film less than a week later. My dad shared his thoughts through text in his signature style of directness.

Me: Glad you liked it! Did you cry?

Dad: No crying. I was happy it showed a good side of protestants. Judi Dench’s accent was only okay.

Me: I also noticed her accent…

Dad: Wee boy crushing on wee girl was done brilliantly throughout the picture.

Me: That was very cute.

Dad: Depiction of “leaders” as basic criminals and gangsters (on both sides) was accurate. B&W indulgent by the director. Unnecessary.

Me: I agree. What did you think of the grandad?

Dad: Grandad was so much like my dad as a granddad. Odd experience watching him. Fortunately, he didn’t sound exactly like my dad.

Me: The main kid was very endearing.

Me: Oscar for what?

Dad: Oscar for the wee boy.

Me: That’s high praise. Maybe not Best Actor, they should bring back the juvenile award from the 1930s

Dad: Great suggestion. He was gold. Without his charisma, the movie would not be as good.

Me: Thoughts on the parents?

Dad: Mostly, I enjoyed it because it accurately portrays the unique (to them) ways that Ulster Irish express love to each other in often difficult circumstances. The mom was beautiful, and the dad was handsome like a young Marlon Brando. They were believable, and I could relate. My dad used to go away for weeks at a time when I was the same age. If I ever meet Kenneth, I will tell him that both our dads made the right decision – leaving Belfast.

​While I don’t necessarily share my dad’s enthusiasm for the film’s narrative and artistic execution, a feeling of kinship with its characters and its maker persists. Once I get the chance (e.g., once we’re not in a pandemic that prohibits international travel), I hope to have the opportunity to visit the Emerald Isle and see if I can figure out what all the fuss is about. “Belfast” has received its fair share of criticism this year from critics who particularly can’t stand the fact that it’s one of the Oscar Best Picture frontrunners. Still, experiences such as my own and many others illustrate why it’s received an even larger amount of praise and continues to resonate for audiences as we put a lid on 2021 and take solace in where our home is.

Have you seen Kenneth Branagh’s “Belfast” yet? If so, what did you think? Let us know your thoughts in the comments section below or on our Twitter account.