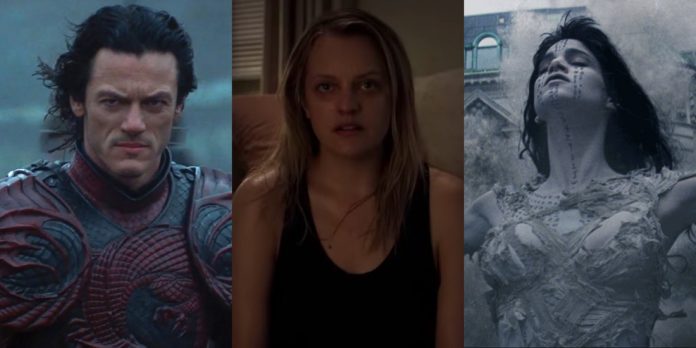 For a cinematic landscape that remains dominated by shared universes and crossover events, it can be easy to forget that Universal Studios normalized the practice almost one hundred years ago. Between the 1920s and the 1950s, they released dozens of horror films that relied on the interplay between iconic characters like Dracula, Frankenstein, and the Wolf Man. At best they were considered genre classics, and at worst they were harmless camp that benefits from their communal mythology.

Universal has spent the past two decades trying to reimagine their monsters for the current generation, and the results have been mixed. There have been triumphs, there have been disasters, and there have been bizarre films that fall somewhere in the middle. Leigh Wannell’s “The Invisible Man” is the studio’s latest attempt, and it proves that there are still plenty of compelling stories to be pulled from these archaic templates.

With that in mind, here’s our ranking of the Universal monster remakes from worst to best. We are only counting remakes that were released by Universal or were explicitly meant to be part of a franchise, so films like “Bram Stoker’s Dracula” or “Mary Shelley’s Frankenstein” will not be counted.

The Dark Universe was meant to kick off with 2014’s “Dracula Untold,” but the film was such a dud, both critically and commercially, that the studio was forced to scrap its inclusion and start again. Looking back on the film, it’s easy to see why. “Dracula Untold” deviates from the source novel and creates a new backstory for the titular bloodsucker (played by Luke Evans), but this backstory is a contrived mess that combines bland “origin story” cliches with boring historical fiction.

Evans does his best here, and his brooding, dark features make him seem like an inspired choice to play a tortured Dracula, but the film is just so devoid of creativity and life (fittingly) that it becomes tedious to sit through. “Dracula Untold” is at the bottom of our list because it’s not only a bad film, but a wholly forgettable one as well.

When film scholars look back on the 2010s and the shared universe craze, they will point to “The Mummy” as a textbook example of what not to do. It’s a film that’s so concerned with setting up future sequels that it forgets to tell a coherent story or present characters that we would actually care to see return. It plays like a jumble of set pieces and scenes from different screenplay drafts, none of which were written with the other in mind.

There are a handful of things I would like to single out, and in doing so, illustrate what a misstep the film really is.

If this was the kind of storytelling we were going to get from the Dark Universe, then audiences everywhere dodged a bullet.

“Tomb of the Dragon Emperor” was the third film in the “Mummy” franchise, and for whatever reason, the studio decided to wait seven years to put it into production. It shows. Not only does the film lack the compelling villain of the first two installments, but the addition of bland characters and the exclusion (or recasting) of fan favorites makes it pale in comparison to other 2008 blockbusters like “Iron Man” and “The Dark Knight”.

Brendan Fraser brings the charm you would expect from his third turn as adventurer Rick O’Connell. He strikes the perfect balance between goofy and heroic and is the sole reason to see the film. Then there’s everything else. The recasting of O’Connell’s son Alex (Luke Ford) and his wife Evelyn (Maria Bello) results in a lack of chemistry between leads, and the action scenes are overly-reliant on CGI without much in the way of memorability.

“Tomb of the Dragon Emperor” is an adventure film that is neither fun nor adventurous. Be thankful they scrapped the fourth installment.

There was a prevailing trend in the early 2000s that saw horror and science films adopt a steampunk aesthetic. These films range from competently bland (“Underworld”) to painfully dull (“The League of Extraordinary Gentlemen”), but the one that is undoubtedly the most fun is 2004’s “Van Helsing”. By embracing style over substance, the film avoids the dramatic pitfalls of other remakes and successfully delivers on its promise of a campy adventure.

Narratively speaking, “Van Helsing” is an homage to those original Universal crossovers, with a square-jawed hero (Hugh Jackman) and a paper-thin plot that’s merely an excuse to get different monsters on screen. Some of the CGI effects have aged like milk, but the performances are delightfully eccentric (Richard Roxburgh is doing the most as Dracula), and the creature designs for Frankenstein and Dracula’s brides remain visually striking two decades later.

While far from a classic, “Van Helsing” is a guilty pleasure that brandishes its virtues like a big, unwieldy crossbow.

There are a few missteps that keep “The Mummy Returns” from reaching the heights of its predecessor. There’s an overly-precocious child thrown into the mix, and the script compounds this uninspired choice by attaching him to the central MacGuffin. Then there’s the Scorpion King (Dwayne Johnson), who is so poorly rendered as a digital effect that he puts a dent in an otherwise decent final act.

That said, the film still has a lot going for it. The chemistry between stars Brendan Fraser and Rachel Weisz is palpable, harkening back to the great screwball teams of the 1930s, and the plot revelations actually bolster the mythology laid down by the first film. There’s also a number of impressive action scenes, including the bus chase and the penultimate ax fight, which blend practical stunt work with CGI trickery. You could do much, much worse as far as blockbuster sequels are concerned.

The 1941 version of “The Wolf Man” is my favorite monster film, and as such, I hoped that the 2010 remake would honor its gothic mood and expand upon its cutting-edge special effects. I was mostly satisfied. The film may be a bit too slow and expository for some, but “The Wolfman” is a tense, downbeat affair that does right by its source material.

Benicio del Toro plays the titular werewolf, who struggles to reconnect with his nobleman father (Anthony Hopkins) and maintain a romance with a local shop owner (Emily Blunt) while dealing with his painful curse. I recommend the director’s cut of the film, which fleshes out the performances in a way that makes the graphic carnage all the more impactful. There are some heartbreaking scenes here too.

“The Wolfman” flopped upon its initial release, which led to the studio trashing its planned spinoff, but I think the film actually plays better as a standalone.

After the Dark Universe was canceled in 2019, there was uncertainty as to how the studio would move forward with its classic monsters. Do they attempt another shared universe or do they abandon the properties altogether? The solution, it turned out, was to simply make a great standalone film like “The Invisible Man.” Leigh Wannell’s remake flips the tone of its predecessor and reimagines the power fantasy of its title character as a nightmare for his long-suffering girlfriend (Elisabeth Moss).

This approach is an inspired one, as the tension of having an invisible stalker leads to bone-chilling sequences that outdo the original. Wannell’s dialogue can be clunky at times (there’s a head-scratching line about jellyfish that somehow made it past the first draft), but the emotional core of the film is ironclad, with an emphasis on trauma and psychological abuse. It helps that Moss gives the performance of her career here, juggling manic outbursts and physicality with tender moments that showcase her seemingly infinite range.

We can only hope that Universal takes the right lessons from “The Invisible Man” and continues to revive their monsters with creativity and nuance.

“The Mummy” is a deceptively brilliant remake. It takes the basic premise of a horror film and twists it to fit the template of a classic adventure serial, doing away with direct comparisons or criticisms from those who grew up with the original. The result is a film that feels both indebted and independent, reliant on the past without coming across as stale or creatively bankrupt. In other words, an industry rarity.

There are a number of big CGI effects, many of which still hold up, but the film’s appeal is largely due to its charming cast and surprisingly witty screenplay. Brendan Fraser and Rachel Weisz give star-making performances as the soldier-of-fortune and bookish historian who fall in love while fighting off the titular monster. Predictable story beats are balanced out by punchlines that actually deliver, and exposition is made palatable by a self-aware streak that the sequels desperately lacked.

I place “The Mummy” on a shortlist of adventure films (“The Princess Bride,” “The Mask of Zorro”) that maintains its luster no matter your age or how many times you see it. It’s simultaneously funny, scary, and exciting. For those reasons, it tops our list.

What do you think of the list? Have you seen “The Invisible Man” yet? If so, what did you think? Let us know your thoughts in the comments section below or on our Twitter account.