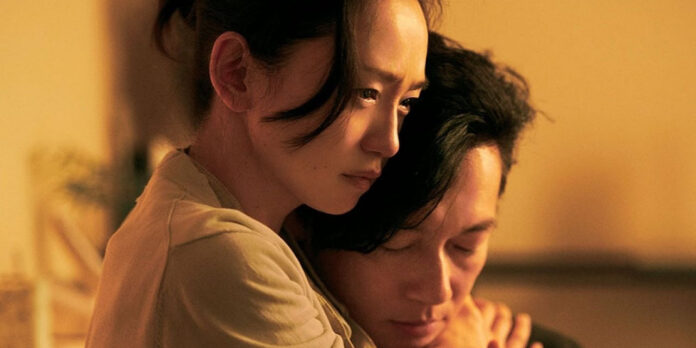 THE STORY – A woman with an adopted child is contacted unexpectedly by the child’s birth mother.

1/26/2021
​By Nicole Ackman
​
​​Infertility, teenage pregnancy, and adoption are all sensitive topics that still carry stigma and shame. Many couples go through the heartbreaking struggle with infertility, and it’s an experience made more difficult because there is a taboo around it. Fortunately, Naomi Kawase’s film “True Mothers” treats its subjects with the respect and delicacy they deserve.

Based on the 2015 novel by Mizuki Tsujimura, this Japanese film unpacks its narrative slowly. Through a series of shifting perspectives and hopping around both the timelines and characters, the storylines of a couple who has adopted a child and the child’s biological mother are explored. The film begins with Satoko (Hiromi Nagasaku) receiving a call from her five-year-old son’s daycare about him pushing another child off the jungle gym. As Satoko and her husband Kiyokazu (Arata Iura) deal with the problem, their affection for their adorable son Asato (Reo Sato) is palpable.

The film then flashes back in time to show the infertility issues that the couple faced before having their son. From discussions over dinner to doctor’s visits, Kawase and Izumi Takahashi’s screenplay delves into the intricacies of how this affects a couple. Unlike many films that deal with infertility, “True Mothers” uniquely shows the man as being the source of the issue. It also touches on how Kiyokazu feels he has failed his wife. Both Nagasaku and Iura give wonderfully emotive performances that make the audience feel their pain and disappointment without veering into being overly dramatic.

When they see a show on television about an adoption program called Baby Baton, the couple realizes they still have a chance at becoming parents. At the information session, the focus on the biological mother’s irreversible ceasing of parental rights and the importance of telling the children that they are adopted before they start school is obvious foreshadowing for what follows.

Back in the present, Satoko and Kiyokazu receive a phone call from a girl claiming to be their son’s birth mother, saying that she wants her child back. The next section follows 14-year-old Hikari (Aju Makita) as she discovers that she’s pregnant and forced by her family to give up her baby. This part, and in particular, the part addressing her romance with her boyfriend, veers into melodrama. However, Makita is fantastic and ensures that this section remains engaging.

The film’s beautiful and striking cinematography by Yuta Tsukinaga and Naoki Sakakibara is easily one of its highlights. It’s full of intimate camerawork that brings us close to the characters and allows the actors to convey their emotions through understated, subtle acting. There are also many lingering shots of nature as the film was shot across several locations in Japan. It almost feels like a documentary in its style at times, especially in the section set at Baby Baton.

The film’s greatest downfall is its length. At two hours and twenty minutes, its slow pacing, which works so well in the first act, begins to be grating towards the end. Because of the way the narrative is structured, Hikari’s story feels secondary to that of the couple and thus can seem irrelevant when removed from the main drama.

“True Mothers” somehow doesn’t feel as heavy as you might expect from a film that touches on weighted topics like suicide, self-harm, and sex work. It’s an intriguing portrait of motherhood that examines real issues related to it in a way that’s easy for the audience to follow, even as the story unfolds across different timelines. At the same time, it would have been much more powerful had its length been trimmed. Despite its flaws, “True Mothers” is a worthy selection from Japan for Best International Feature and a unique look at infertility and adoption.