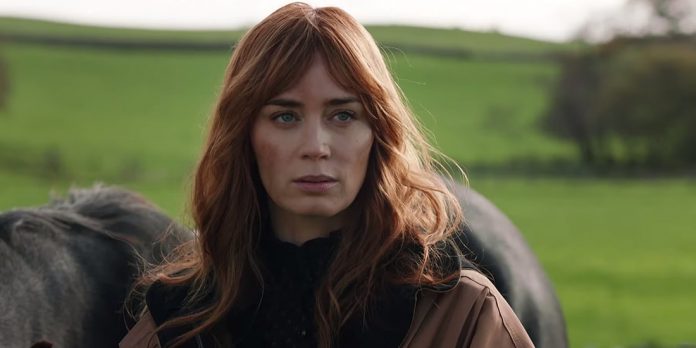 By Matt Neglia ​
​
Bleecker Street has released the trailer for “Wild Mountain Thyme” starring Emily Blunt, Jamie Dornan, Jon Hamm, Dearbhla Molloy & Christopher Walken. The film is set to be released on December 11th 2020.
​​
​Click below to see the trailer.

​Plot Synopsis: Family conflicts arise when the patriarch threatens to give their farm over to an American nephew as opposed to his own son.

​What do you all think of the trailer? The cast is certainly as eye-catching as the Irish scenery. I’m a bit more skptical on Christopher Walken’s accent even though it’s nice to see him on-screen again. It also cannot be overstated what a treasure Emily Blunt is and how she can virtually do anything. All around, this looks like a delightful comedy that should provide good feelings for all during this Holiday season. Let’s also not forget that this is being written and directed by
John Patrick Shanley who won an Oscar for writing “Moonstruck” and was nominated for “Doubt.” Let us know your thoughts in the comments below or on our Twitter account.