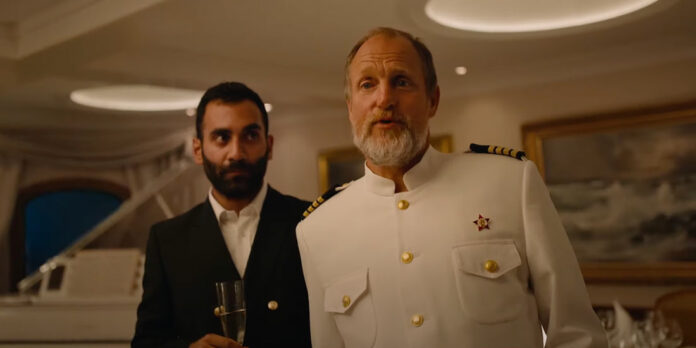 By Matt Neglia
​
NEON has released the trailer for Ruben Östlund’s Palme d’Or winner “Triangle Of Sadness” starring Harris Dickinson, Charlbi Dean, Dolly De Leon, Vicki Berlin, Zlatko Buric & Woody Harrelson. The film will play next at the Toronto International Film Festival and then open in theaters on October 7th, 2022.
​
​Click below to see the trailer.

​Plot Synopsis: Models Carl and Yaya are navigating the world of fashion while exploring the boundaries of their relationship. The couple is invited for a luxury cruise with a rogues’ gallery of super-rich passengers, a Russian oligarch, British arms dealers and an idiosyncratic, alcoholic, Marx-quoting captain. All may seem Instagrammable at first, but a storm is brewing.