Trailer – “Those Who Wish Me Dead” 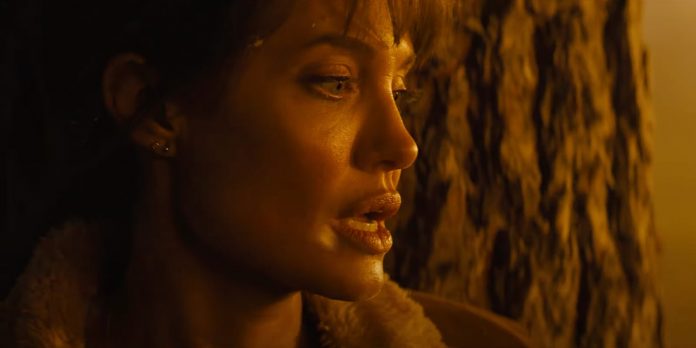 By Matt Neglia
​
Warner Bros. has released the trailer for Taylor Sheridan’s latest film “Those Who Wish Me Dead” starring Angelina Jolie, Nicholas Hoult, Finn Little, Aiden Gillen, Medina Senghore, Tyler Perry, Jake Weber, and Jon Bernthal. The film will be released in theaters and on HBO Max on May 14th.

​Plot Synopsis: Oscar winner Jolie (“Girl, Interrupted,” the “Maleficent” films) stars as Hannah, a smoke jumper still reeling from the loss of three lives she failed to save from a fire when she comes across a traumatized 12-year-old boy with nowhere else to turn.

What do you all think of the trailer? Taylor Sheridan gained a lot of goodwill for his screenplays for “Sicario,” “Hell or High Water” and “Wind River.” The latter was a solid directorial debut for him and “Those Who Wish Me Dead” looks to be a significant step up for him. The real highlight here though is Jolie who after all of these years can still command the screen like no other and this looks like another knockout performance from the Academy Award winning actress. The trailer, I will admit, is more action-heavy than I anticipated which isn’t a surprise for Sheridan or Jolie but we’ll have to see how the story all comes together when the film premieres next month in theaters and on HBO Max. What do you think? Let us know your thoughts though in the comments below or on our Twitter account.