Trailer – “The Tragedy Of Macbeth” 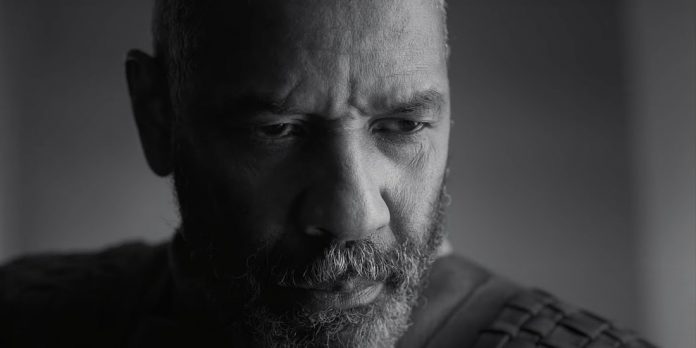 By Matt Neglia
​
A24 has released the trailer for Joel Coen’s “The Tragedy Of Macbeth.” The Shakespeare adaptation stars Denzel Washington, Frances McDormand, Corey Hawkins, Moses Ingram, Brendan Gleeson, Harry Melling & Ralph Ineson. The film will have its premiere at the New York Film Festival later this week and will be released by A24 in theaters (and Apple via. streaming) on
​
​Click below to see the trailer.

​Plot Synopsis: A work of stark chiaroscuro and incantatory rage, Joel Coen’s boldly inventive visualization of The Scottish Play is an anguished film that stares, mouth agape, at a sorrowful world undone by blind greed and thoughtless ambition. In meticulously world-weary performances, a strikingly inward Denzel Washington is the man who would be king, and an effortlessly Machiavellian Frances McDormand is his Lady, a couple driven to political assassination—and deranged by guilt—after the cunning prognostications of a trio of “weird sisters” (a virtuoso physical inhabitation by Kathryn Hunter). Though it echoes the forbidding visual designs—and aspect ratios—of Laurence Olivier’s classic 1940s Shakespeare adaptations, as well as the bloody medieval madness of Kurosawa’s Throne of Blood, Coen’s tale of sound and fury is entirely his own—and undoubtedly one for our moment, a frightening depiction of amoral political power-grabbing that, like its hero, ruthlessly barrels ahead into the inferno.

What do you all think of the trailer? Wow…ok. First of all, I’m LOVING this trend lately of teasers which aren’t giving much away about an anticipated film this awards season. Can we please keep this up? Secondly, the cinematography by Bruno Delbonnel looks unbelievably amazing, maybe the best of this year. We, of course, know that Denzel and Frances are going to crush their roles in this, but visually, this looks to be on a whole other level. The film is under two hours in length, which suggests that Joel Coen took out much of the original play and is leaving in the juicy parts of the plot to make this Shakespeare adaptation as thrilling as ever for a modern-day movie audience. The film will have its world premiere at the New York Film Festival this Friday. What do you think? Let us know your thoughts in the comments section below or on our Twitter account.