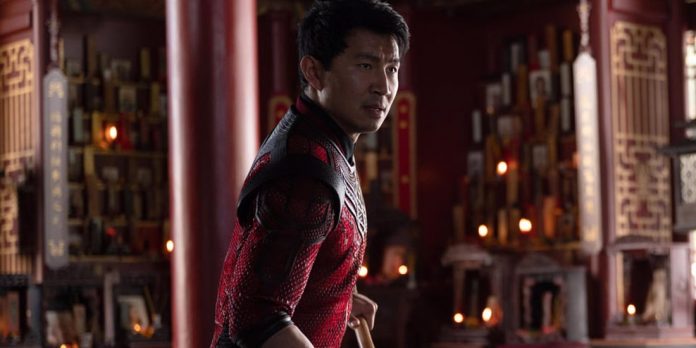 “Shang-Chi And The Legend Of The Ten Rings” tops the box office once again in its third week. The film has received great word-of-mouth and shows no signs of stopping. Likewise, “Free Guy” is still holding on strong at the number 2 spot in its sixth week, making the comedy one of the biggest surprise hits of the year. Clint Eastwood’s latest film “Cry Macho” debuted at number 3. Even despite mixed-to-negative reviews, Eastwood’s films continue to perform well at the box office and still maintain a devout audience. “Candyman” stayed in the number 4 spot this week, while “Malignant” dropped down to number 5, though that film has been a hit streaming at home on HBOMax. The Gerard Butler-starring action crime film “Copshop” debuted at number 6 this week with a decent $2,310,000. Family films “Jungle Cruise” and “PAW Patrol: The Movie” are still hanging on at the number 7 and 8 spots, while the horror sequel “Don’t Breathe 2” is still hanging on at number 10. Perhaps the most disappointing news to come out of this box office was “The Eyes of Tammy Faye,” debuting at number 9 with only $675,000, potentially hurting the awards prospects for star Jessica Chastain. The film did only open limited in 450 theaters, so there is still a chance for it to get better with a wider release, but this does make some question whether Chastain can maintain momentum for an early awards season release with mixed reviews and an underwhelming box office or if she will be just a nominee and not take home the win this time.

Several significant new releases are coming to Blu-ray and 4K this week. The first is the latest in the “Fast & Furious” franchise “F9: The Fast Saga” from earlier this Summer, directed by Justin Lin. The film will be available on Blu-ray and 4K UHD, along with a Best Buy Exclusive 4K UHD SteelBook. Another big release this week is the latest live-action Disney adaptation “Cruella,” directed by Craig Gillespie and starring Emma Stone, Paul Walter Hauser, Joey Fry, Emma Thompson, and Mark Strong. The film will be available on Blu-ray and 4K UHD, along with exclusive special editions from Best Buy, Target, and Walmart. There are a couple of recent horror films receiving Blu-ray releases this week, including “Boys from County Hell” and “Violation,” both Shudder originals, and “The Vigil” from Shout Factory. Finally, for new releases, we have the critically-acclaimed Mexican film “I Carry You with Me,” directed by Heidi Ewing. There are some exciting 4K upgrades this week, along with boutique Blu-rays for some acclaimed titles. M. Night Shyamalan’s 2000 thriller “Unbreakable,” starring Bruce Willis and Samuel L. Jackson, is getting a new Blu-ray upgrade, as well as a Best Buy Exclusive 4K UHD SteelBook. This week another big 4K upgrade is Stanley Kubrick’s 1971 classic “A Clockwork Orange,” starring Malcolm McDowell. From the Paramount Presents label, we have the 1997 Kurt Russell film “Breakdown.” The Warner Archive Collection has a couple of major releases this week, including the 1953 western “The Naked Spur,” directed by Anthony Mann and starring James Stewart, Janet Leigh, Robert Ryan, and Ralph Meeker, and the 1978 crime film “Straight Time,” starring Dustin Hoffman. Kino Lorber is putting out a new Blu-ray of the 1982 film “Dead Men Don’t Wear Plaid,” directed by Carl Reiner and co-written by Reiner and the film’s star Steve Martin. Vestron Video is releasing a Director’s Cut Blu-ray of “Dementia 13,” director Francis Ford Coppola’s first feature film from 1963. Finally, the Criterion Collection has two big releases this week. The first is the 2000 film “Love & Basketball,” directed by Gina-Prince Bythewood and starring Sanaa Lathan and Omar Epps. The other is the 2004 Hong Kong film “Throw Down” from director Johnnie To.