Trailer – “Raya And The Last Dragon” 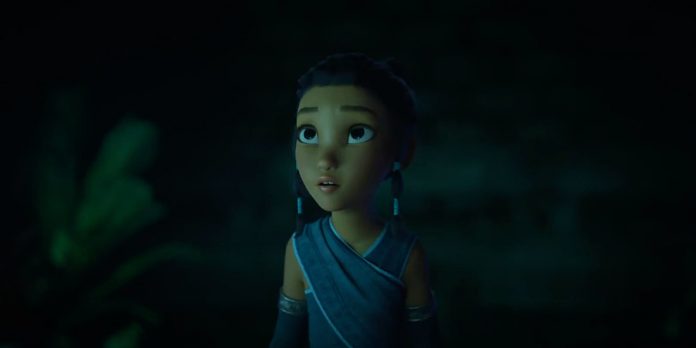 By Matt Neglia
​
Walt Disney Animation Studios has released the trailer for “Raya and the Last Dragon” featuring Kelly Marie Tran as the voice of Raya. The film is set to open in U.S. theaters on March 12, 2021.
​
​Click below to see the trailer.

​Plot Synopsis: Long ago, in the fantasy world of Kumandra, humans and dragons lived together in harmony. But when an evil force threatened the land, the dragons sacrificed themselves to save humanity. Now, 500 years later, that same evil has returned and it’s up to a lone warrior, Raya, to track down the legendary last dragon to restore the fractured land and its divided people. However, along her journey, she’ll learn that it’ll take more than a dragon to save the world—it’s going to take trust and teamwork as well.

What do you all think of the trailer? Directors Don Hall (“Big Hero 6”) and Carlos López Estrada (“Blindspotting“) are certainly and intriguing pairing but why the March release? It will not qualify for this year’s Oscars since its coming out past the February 28th deadline. It has me curious about the film’s overall quality, though I am excited to hear the voice talents of Kelly Marie Tran (who deserves so much better than what “Star Wars” previously gave her) and Awkwafina (“The Farewell“) as the last dragon Sisu. Let us know your thoughts in the comments below or on our Twitter account.