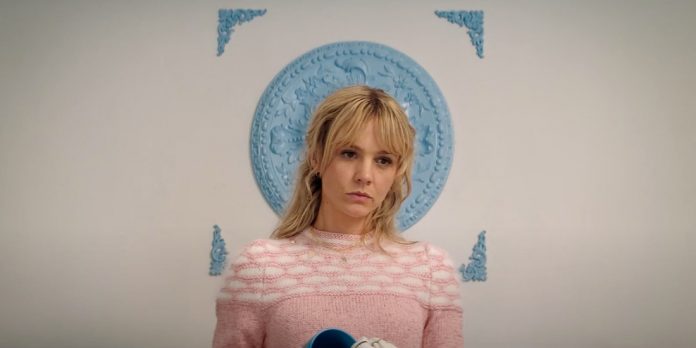 By Matt Neglia
​
Focus Features has released a brand new trailer for “Promising Young Woman” along with a new release date for Christmas Day 2020.

​Plot Synopsis: From visionary director Emerald Fennell (“Killing Eve”) comes a delicious new take on revenge. Everyone said Cassie (Carey Mulligan) was a promising young woman… until a mysterious event abruptly derailed her future.  But nothing in Cassie’s life is what it appears to be: she’s wickedly smart, tantalizingly cunning, and she’s living a secret double life by night.  Now, an unexpected encounter is about to give Cassie a chance to right the wrongs of the past in this thrilling and wildly entertaining story.

I have made it very clear that “Promising Young Woman” is my favorite film of 2020 still after all this time back when I saw it at Sundance. People are not ready for the conversations this movie will provoke and the trailer plays expertly well into that. If I had my way, this would be a Best Picture, Best Director, Best Actress (Carey Mulligan), Best Supporting Actor (Bo Burnham), Best Original Screenplay contender and I hope that the anticipation will cause everyone to seek it out when it finally releases on Christmas Day.