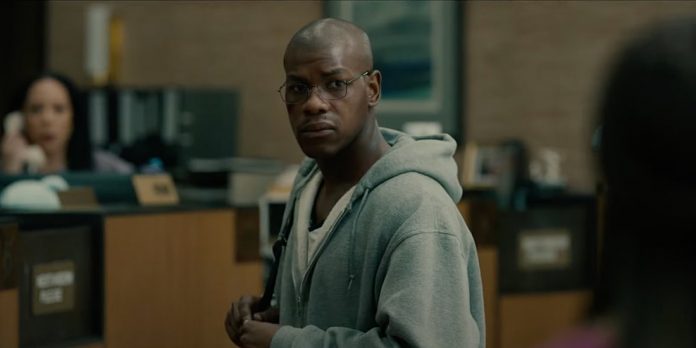 Plot Synopsis: When Marine Veteran Brian Brown-Easley is denied support from Veterans Affairs, financially desperate and running out of options, he takes a bank and several of its employees hostage, setting the stage for a tense confrontation with the police. Based on the true story.

What do you all think of the trailer? I was lucky enough to see this film at Sundance earlier this year. It reminded me a lot of films such as “John Q” and “Dog Day Afternoon,” with the overall quality somewhere in between both of those. John Boyega delivers an emotionally-charged powerhouse performance, and it’s incredibly sad knowing this is the late Michael K. Williams’ last film role. He’s also terrific in it, and his work only highlights what a blow it was to lose such a tremendously talented character actor. Could a Best Supporting Actor Oscar campaign be in the cards? Maybe. It would certainly be a fitting way to honor him, but I do not know if I have much confidence in Bleecker Street to make it happen, especially after no one took to “Mass” last year despite the studio’s best efforts. I don’t want to reveal much more; suffice to say, you can always read up on the true story to find out what actually happened in this pulse-pounding true story, which touches upon many relevant themes regarding class, race, and how we treat veterans in this country. What do you all think, though? Let us know your thoughts in the comments section below or on our Twitter account.