Top 10 Most Anticipated Titles In Competition At Cannes 2022 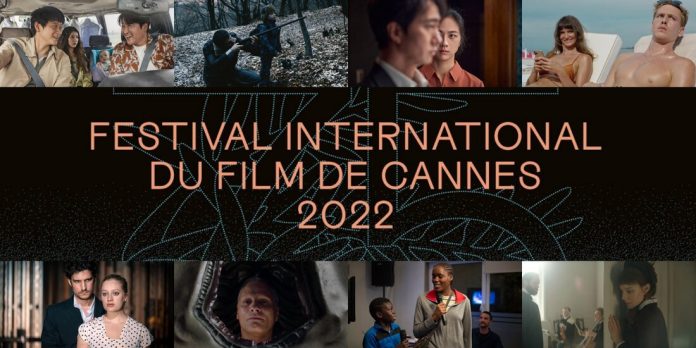 ​Are we really on the verge of another Cannes Film Festival? Didn’t the Oscars just conclude a few days ago? No matter. The 2022 season is on, and if the Cannes Film Festival festival lineup announced yesterday morning by festival director Thierry Frémaux is any indication of the film year to come, we are in for one hell of a ride in 2022.

The 49 films that will be premiering at the 2022 festival include a wide array of international titles, with, happily, a particularly strong representation of films from Asia. On the other hand, sadly, the festival’s notorious lack of representation for women filmmakers rages on, with the number of female-directed films in competition this year actually falling from four to a mere three compared to last year.

If there’s a recurring theme in this year’s selections, though, it may be “Welcome back!” to a number of filmmakers in competition who’ve been away from behind the camera for some time. With “Crimes of the Future,” David Cronenberg has made his first film in eight years since “Maps To The Stars.” Park Chan-wook (“Decision to Leave”) has been away for six years since “The Handmaiden,” as has former Palme d’Or winner Cristian Mungiu (“Graduation”), who is returning with “RMN.” And it’s been seven years since George Miller came to Cannes with his Oscar-winning action masterpiece “Mad Max: Fury Road,” but he returns this year out of competition with his latest, “Three Thousand Years of Longing.”

Miller’s film stars Idris Elba and Tilda Swinton, who will undoubtedly get the paparazzi riled up on the Palais des Festival’s red carpet, a glam-centric tradition whose standards will likely be more than met by the casts of other films headed for the Croisette, including Tom Cruise (“Top Gun: Maverick”); Michelle Williams (“Showing Up”); Tom Hanks and Austin Butler (“Elvis“); Anne Hathaway, Anthony Hopkins and Jeremy Strong (“Armageddon Time”) and Viggo Mortensen, Léa Seydoux and Kristen Stewart (“Crimes of the Future“).

Among serious fans, though, it’s the Cannes film lineup that is the real meat of the festival, particularly those 18 films that have been selected to vie in competition for the Palme d’Or. For this film nerd looking on from halfway around the world, these are the ten films that really have me most excited for the festival to come:

With “Roma” and “Belfast” just passed and Steven Spielberg’s “The Fabelmans” still to come, director James Gray tries his hand at a childhood memoir with “Armageddon Time.” Set in Gray’s hometown of Queens, NY, during the pre-Reagan era, the film takes on such issues as class, culture, and racism in his story of a young boy who is plucked from his melting-pot neighborhood and placed in a snobby white boarding school. Rebellion is likely to follow. “Armageddon Time” marks Gray’s eighth feature film and his fifth to compete for the Palme d’Or.

After a Venice Festival detour with his 2020 French-language film “The Truth,” Kore-eda makes a triumphant return to the Croisette with his first Korean-language drama. “Broker” centers on the use of baby boxes — containers where people can drop off unwanted infants — and the two men who pick up a baby there. Starring “Parasite’s” Song Kang-ho, the narrative certainly suggests another example of his noted humanism — an element so prominent in Kore-eda’s “Nobody Knows,” “Like Father, Like Son,” and his masterpiece, 2018’s “Shoplifters,” which won the Palme d’Or.

Crimes Of The Future

In his first film since 2014’s “Maps to the Stars,” Cronenberg returns to Cannes with what has only been described as a human evolution sci-fi drama (which usually means body horror, of which he is the master). Except for the fact that it is decidedly not a remake of his 1970 film of the same name, little more is known about his return to Cannes, except for his all-star cast of Viggo Mortensen, Léa Seydoux, and Kristen Stewart, who will likely drive the paparazzi wild. And hopefully, Cronenberg’s film will do the same for Cannes audiences, as well.

Has it really been six years since “The Handmaiden,” Park’s last Cannes entry, which has taken its rightful place as one of the best films of the past decade? Park had hoped to finish “Decision to Leave” in time for last year’s festival, but happily, the film has finally arrived. Plot details are sketchy, but the story seems to center on a detective who, while investigating a murder, falls in love with the dead man’s mysterious widow. More than that, I don’t wish to know because if any filmmaker can come up with welcome surprises, it’s Park Chan-Wook.

After his last film “Border” won critical acclaim (and a surprise Oscar nomination for Best Makeup & Hairstyling), Abbasi returns to Cannes with this dark variation on heroism in a tale that follows Saeed, a devout family man who seeks to preserve the morality in his holy city of Mashhad by murdering any street prostitutes who cross his path. When he is arrested and sentenced to death, however, he begins to be hailed at first by extreme groups and then the public at large as the epitome of righteousness. If “Holy Spider” contains traces of the kind of dark humor that graced “Border,” the film promises to be memorable indeed.

Mungiu’s 2007 “4 Months, 3 Weeks and 2 Days” is widely considered to be one the finest Palme d’Or winners in the past two decades, and the director did not stop there, winning prizes at Cannes for writing his 2012 “Beyond the Hills” and directing the 2016 “Graduation.” With “RMN,” Mungiu examines racial prejudice as a man returns home for a holiday visit, only to find the townspeople threatening a local baker simply because he has hired a pair of foreign workers. Mingiu, one of Romania’s finest directors, has blended a humanistic sensibility with superb film craftmanship, which, given this film’s relevant subject matter, may result in another prize winner with “RMN.”

So happy at the news that Kelly Reichardt’s “Showing Up” will be in the official competition, a much-deserved first for the filmmaker, whose “Wendy and Lucy” was shown as part of Un Certain Regard back n 2008. The film is said to be set in the art world where one artist (Williams) prepares to open a new show while dealing with her chaotic life. This marks Reichardt’s fourth film with Williams, following “Wendy and Lucy,” “Meek’s Cutoff,” and “Certain Women,” and with the acclaim of Reichardt’s 2020 “First Cow,” this high-profile slot for “Showing Up” offers the promise of even greater things to come.

If this year’s festival is filled with directors taking several years between projects, the opposite is true of Claire Denis. “Stars at Noon” marks her fourth film since 2017, one of which, “Fire,” is currently screening and set for release later this year. With “Stars at Noon,” based on the novel by Denis Johnson, Denis sets a romance between an American journalist (Margaret Qualley) and an English businessman (Joe Alwyn) against the backdrop of the 1984 Nicaraguan revolution. For Denis, who has blended genre work with historical events throughout her career, “Stars at Noon” would seem to be a perfect fit.

Östlund, whose 2017 film “The Square” won the Palme d’Or, returns with his first English-language feature that is set in the yacht-filled worlds of the rich and super-rich. The comedic satire follows a fashion celebrity couple (Harris Dickinson, Charlbi Dean) as they board a luxury cruise piloted by a yacht captain (Woody Harrelson) who turns out to be a rabid Marxist. If “Triangle of Sadness” follows the pattern of “The Square” or his previous film, the Oscar-nominated “Force Majeure,” audiences are likely to be laughing yet, at the same time, feeling very uncomfortable.

Directed by The Dardennes
​
Belgian filmmaking team Jean-Pierre & Luc Dardenne are Cannes royalty. Their films have captured the Palme d’Or twice (for 1999’s “Rosetta” and 2005’s “L’Enfant”), as well as Best Screenplay for 2008’s “Lorna’s Silence,” the Grand Prix for 2011’s “The Kid with a Bike” and Best Director just three years ago for “Young Ahmed.” “Tori and Lokita,” their ninth film in the festival, is the timely story of two refugees who slowly build a relationship as they attempt to flee to safety in Belgium. If you’re scoping out potential prize winners at this year’s festival, count out the Dardenne Brothers at your own peril.

But that’s not all. Besides the aforementioned “Elvis,” “Top Gun: Maverick,” and “Three Thousand Years of Longing,” this year’s lineup boasts a vast number of intriguing films, both in and out of the competition. In the race for the Palme, there’s also “Close” by Lukas Dhont, who caused a bit of a stir with his “Girl” in 2018; Arnaud Desplechin returns to compete for the Palme for his eighth time with “Frere et Soeur” starring Marion Cotillard, and focusing on the composer’s troubled marriage is Kirill Serebrennikov’s “Tchaikovsky’s Wife.” The audience reaction to a film from Russia should be….interesting.

In addition, the latest from some A-list directors are set to play out of competition. Among the leading titles are three documentaries — one on Jerry Lee Lewis by Ethan Coen in his first film away from brother Joel; “All That Breathes,” a Sundance prize-winner focusing on the efforts of two Indian bodybuilders to save predatory birds; and “Jane” director Brett Morgen’s “Moonage Daydream,” a profile of David Bowie for which Morgen had access to hundreds of hours of never-before-seen footage authorized by the Bowie estate.

What’s missing? With every Cannes announcement, there are always grumbles about what films are not there. Those who were hoping for a glimpse of Sarah Polley’s “Women Talking,” Florian Zeller’s “The Son,” Luca Guadagnino’s “Bones & All,” Robert Machoian’s “The Integrity of Joseph Chambers,” or (if it even exists) Terence Malick’s “The Way of the Wind” will just have to wait for another festival closer to awards season. But more films are promised to be announced for Cannes, and Frémaux may still have a surprise or two up his sleeve. Though the vast majority of us will not be able to stroll on the Croisette for the festival, the eyes of the movie world will be glued to what’s happening in this seaside town from May 17th to the 28th. And I, for one, can’t wait.

Which titles are you most looking forward to? Do you have an early Palme d’Or winner prediction you’d like to put out there now? Let us know your thoughts in the comments section below or on our Twitter account.