The Top 10 Most Enjoyable Dwayne “The Rock” Johnson Movies 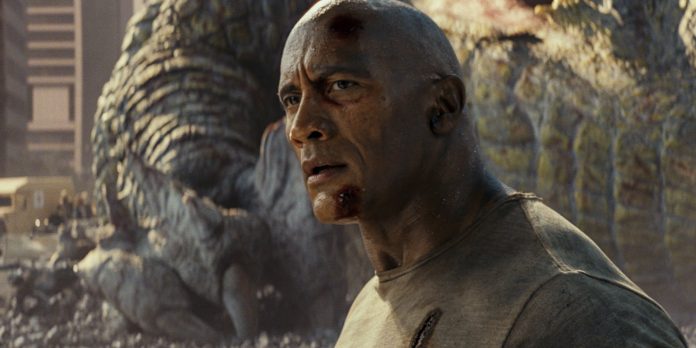 Can yaaaaaa smelllllllllll, what The Rock, is cookin’? Well, Hollywood certainly can. Dwanye “The Rock” Johnson is an actor who has catapulted himself into the mainstream spotlight. With his pearly white teeth, gigantic biceps and indelible charming charisma, he is easily one of the number one A-list actors. Johnson is constantly making movies that it seems like he may drop dead if he isn’t in one every two to four months. It’s almost guaranteed that if you put The Rock in your movie, it’ll make hundreds of millions of dollars. Now while the movies’ he’s in are sometimes not the best, seeing him on screen is usually a pretty good time. Whether he makes the best decisions with what films he’s in or not, he is still having the time of his life up on that screen, which in turn translates to us as an audience member. And due to his latest release “Rampage,” releasing this weekend, we thought we would take a look at the ten best films that star Dwanye “The Rock” Johnson.​ ​Proving to be The Rock’s first leading blockbuster role, “The Scorpion King” is an action-adventure film that despite being a bit out-dated is still a ton of fun. Not only does Dwayne Johnson get to throw in some of his comedic acting abilities into the screenplay, but it also is an excellent film in showing off his physical talents. We see him in a lot of different action sequences where he gets to show off how active he is when it comes to physicality. This style of acting he comes to master is front and center in this film. Even though it does not hold up well nowadays, it still is a ton of fun to watch with some popcorn. 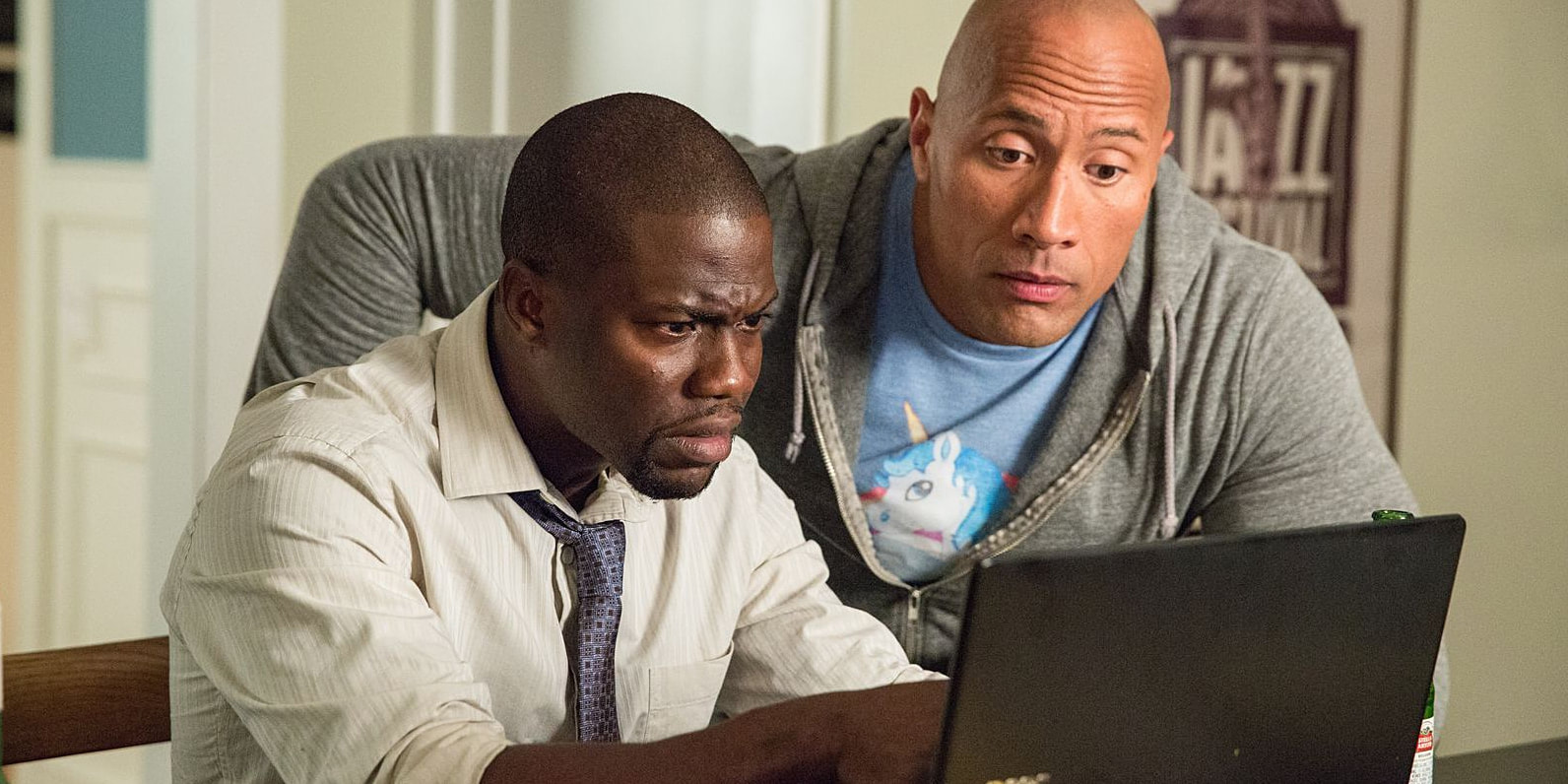 ​The first collaboration between comedy actor Kevin Hart and Dwayne Johnson, “Central Intelligence” actually proved to be quite funnier than expected. Utilizing the talents of both comedic actors, the film is able to weave its way in and out of hilarity. With amazing improvised and scripted jokes for these two actors to work with, “Central Intelligence” is full of laughs. While Johnson gets to experiment with more of the same style of acting in his films, in “Central Intelligence” we get to see him go into full comedic mode. To be totally honest, full comedic acting (With a bit of physicality) is where he is able to shine the brightest. 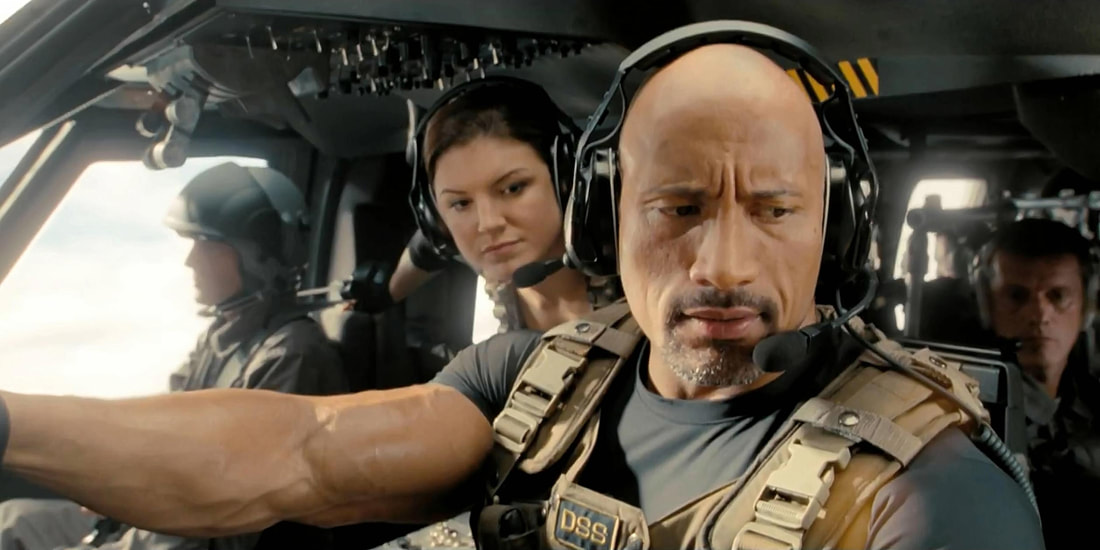 ​If “Central Intelligence” is Johnson at the height of his comedic acting, the Fast and Furious films are him at full “dramatic” acting (If you want to call it that). While he gets to make a couple jokes here and there because that’s just who he is, but he actually pulls off some impressive dramatic acting in these films. When he needs to flip the switch into serious mode, he actually holds his own against his co-actors. While the dialogue in the Fast and Furious films may not be the shiniest or most nuanced he still makes the most of what he’s given. While “Fast and Furious 6” may be his lowest effort in the franchise, there’s still plenty to enjoy here. 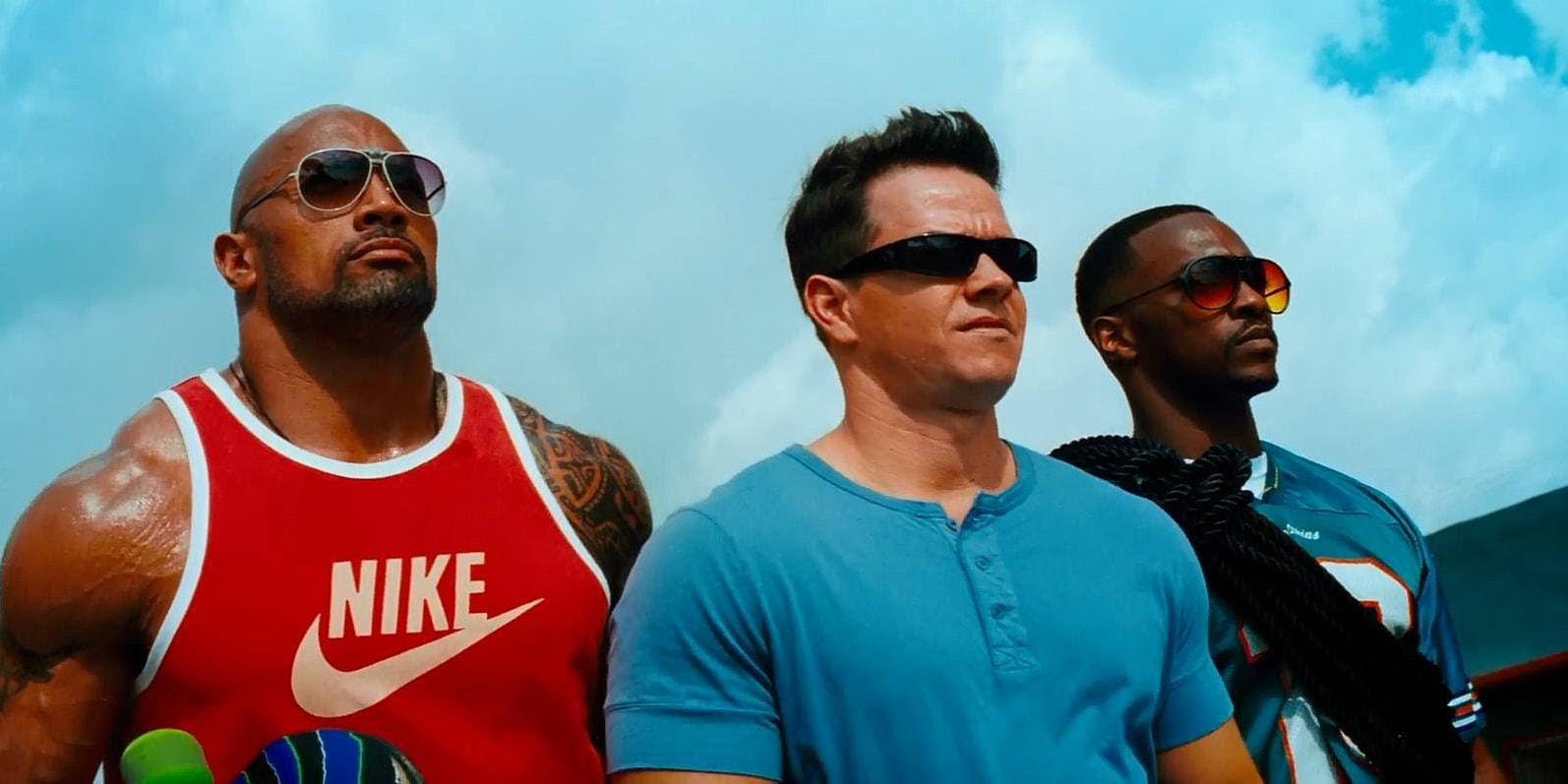 ​What may very well be The Rock’s most layered performance, “Pain and Gain” is an exciting film based on a true story where Johnson really gets to shine. Not only does he get to mix both his comedic and physical acting skills but he also gets to try something completely different. Johnson plays an innocent, reserved Christian character. He gets to not only snap between being angry and frustrated but also regretful and timid. Michael Bay’s eccentric directing style fits flawlessly with Johnson’s colorful ability to move between these several different mindsets. He perfectly mixes the two things that have made him a great actor. 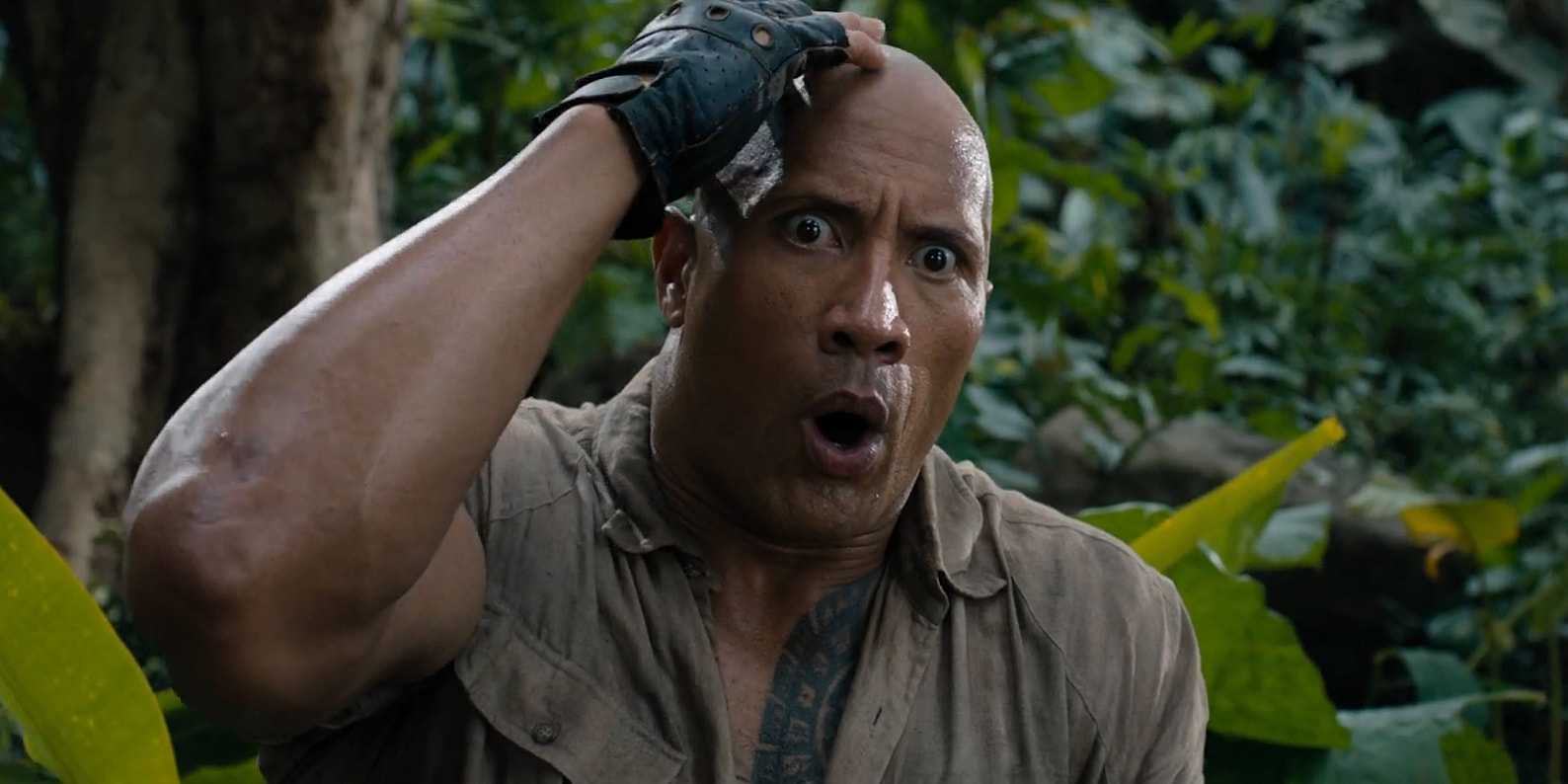 ​In a film that quite possibly nobody wanted, a “Jumanji” remake/sequel, somehow managed to fly incredibly high. With a lot of great jokes, some intense and exciting action, and of course Dwayne Johnson at the helm, leading the way, the jokes within “Jumanji: Welcome To The Jungle” roll on such a natural and smooth pace that not only is it hilarious but respectable. The film commits to its ridiculousness 100% and does not shy away from it for one moment. One of the things that makes this so funny is the back and forth between the ensemble. Dwayne Johnson, Kevin Hart, Karen Gillian, and Jack Black all play off one another so well that the film starts to feel unscripted. It is such a good time and ridiculous fun across the board. Johnson once again delivers an excellent and not often seen comedic performance, where a young kid is placed into the body of The Rock and what their experience would be. 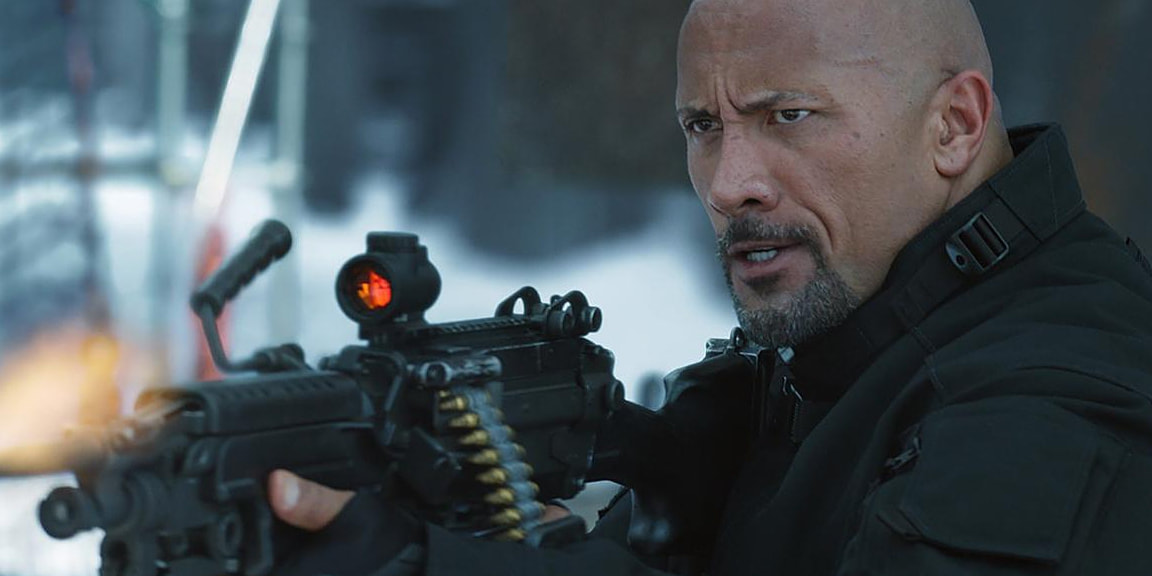 ​”The Fast and the Furious” franchise has become an over the top, ridiculously action-packed series of films that we can practically ignore everything that is going on and just enjoy the orgy of images happening on screen. Driving tanks and Lamborghini’s on a thin ice patch is quite ridiculous but who cares when all the actors are having a good time. Continuing the story of the franchise and taking a different direction with Vin Diesel’s character, “The Fate Of The Furious” is funnily enough, at its best when the side story we get between Johnson and Jason Statham’s character takes center stage. The two breaking out of a prison and causing a prison riot is so much fun and so ridiculous to watch. Johnson brings the heat as always as we watch him punch and kick his way through this franchise’s latest installment. This proved to be so enjoyable that there is even talk of a spin-off between Johnson and Statham. 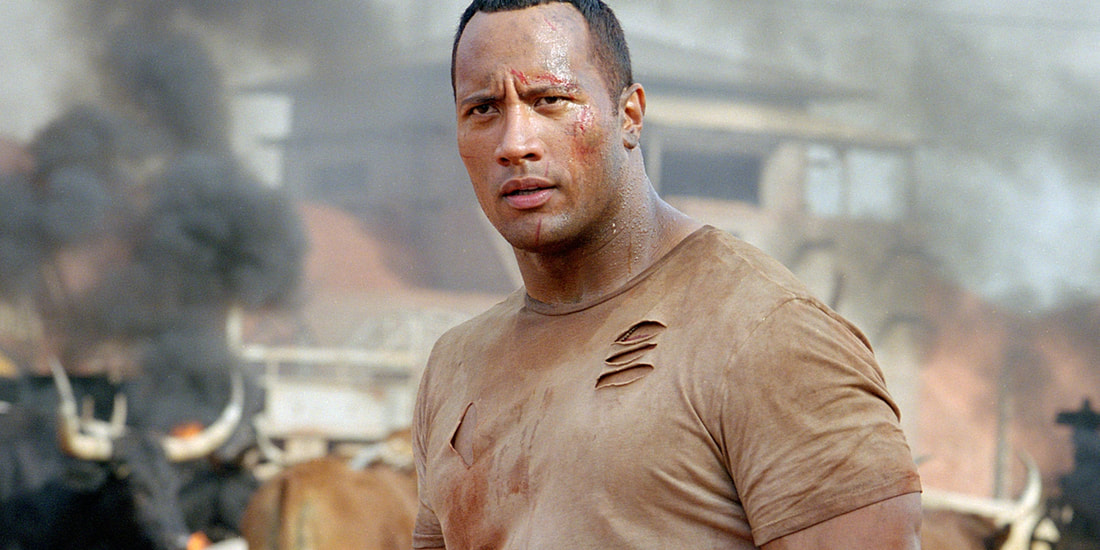 ​”The Rundown” is easily one of the funniest films that The Rock has starred in. Not only does he have so many great one-liners and insults but he and Sean William Scott play off each other so well that this one probably deserves a re-watch from you if you haven’t seen it since its 2003 theatrical release. The two stars have a dynamic that is almost on par, if not better, than the dynamic that Dwayne Johnson and Kevin Hart have nowadays. “The Rundown” is strictly about the fish out of water scenario with Johnson in the jungle with the goofy Sean William Scott. While the film has its fair share of fights and explosions, including Johnson dual-wielding two double-barrel shotguns, the underrated action-comedy is so much fun and still holds up to this day. ​”Fast Five” is the first film in the franchise that The Rock appears in and man is it an exciting entrance. His physicality and presence fit perfectly into this action-packed franchise desperately needing a shot in the arm. Since the films have moved away from just simply car chases, even though there’s still plenty in every film, Johnson is a perfect actor to be added to the already star-studded cast. His physique and tough guy demeanor fit flawlessly into the crew of established badasses. “Fast Five” remains one of the best of the franchise mostly due to the fresh new dynamic which Dwayne Johnson brought to the series and it all began here. ​”Moana” takes advantage of a hidden Johnson talent: his singing voice. I mean of course the man can sing, he can do everything else on the planet, so why not? But in “Moana,” it is used to its full potential. He hits a lot of notes and transfers between a lot of different melodies that are rather difficult to tackle. Aside from his signing scenes he actually can provide a strong emotional reaction simply through his voice. Voice acting is incredibly difficult so it is really impressive to see him pull it off. But then again he is The Rock. He oozes charisma. He can do literally anything. It also helps that “Moana” is a terrific film in its own right. ​”Furious 7″ is easily the best entry in the “Fast and the Furious” franchise. While many aspects carry this film to the top, Johnson’s presence is a major one. His Hobbs character sees a massive arc and change from when we were first introduced to him. There are still those perfectly timed comedic elements to his performance but we see his seriousness on full display. There is no shortage of aggressiveness from Hobbs and no shortage of power from his character. He commands the screen in a way that we don’t get to see in his other projects. The most emotional of the series, due to the tragedy of Paul Walker’s death and the send-off which the series gave him, “Furious 7” remains Dwayne Johnson’s most enjoyable and satisfying film to date.

What is your favorite Dwayne “The Rock” Johnson-starring film? Let us know below in the comments, be sure to check out “Rampage” this weekend and vote on our weekly poll related to Mr. Johnson here (Voting ends Saturday at midnight).