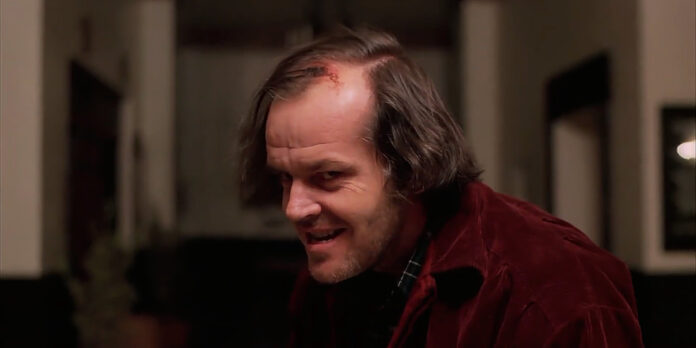 ​THE STORY – Jack Torrance brings his wife and son along with him to the Overlook Hotel where he is hired as the winter caretaker for the season. It’s not long before terrifying events start to unfold.​

​It’s a minor miracle that “The Shining” has been elevated to the level of an undisputed horror classic. Through its narrative ambiguity and slow pace, it almost seems to revel in depriving the audience of having their expectations of a typical horror movie fulfilled. And tellingly, it wasn’t initially well-received by critics upon its release – even Stephen King was displeased with director Stanley Kubrick’s interpretation of his novel. But over time, it has undeniably become a classic of its genre. As a true testament to its staying power in pop culture, the film boasts a plethora of iconic moments and images: “Redrum”, the ghostly little girls, “Here’s Johnny!” (which, in terms of recognition, has arguably overpassed the late-night talk show catchphrase that the film was referencing), and a host of other memorable bits have permeated the culture in a way that ensures the film’s immortality. Besides just being utterly iconic, the film itself is a perfectly calibrated machine of horror that uses every tool in its arsenal to keep the audience afraid.

Author Jack Torrance is hired to be the winter caretaker of the isolated Overlook Hotel. Thinking it will be a good time to get some writing done (with the added benefit of being forced to live the sober life while there), he brings his wife Wendy and young son Danny along with him. But this isn’t a typical hotel. It has a dark and bloody history, and we soon learn that some of the more horrifying guests never checked out. Will the Torrances make it out alive from this snowbound nightmare?

As I mentioned before, the film is so obtuse in its storytelling that it’s not at all surprising that initial reactions were mixed. Especially at the time of its release, horror films, at least in America, were mostly expected to be simple and straightforward in their narratives and filmmaking. “The Shining” is a nearly two-and-a-half-hour examination into the psyche of an unwell mind and the shadows of violence that cling to a location. Its themes aren’t easy to decipher and it purposely withholds explanation from its audience, especially in the final act where horrifying images are shown with little to no explanation. We also get very little insight into why exactly the character of Jack seems to be losing his mind and how much of what we’re seeing is real. Even if you think you know what’s going on for the entire movie, the final shot will leave you furiously confused.

All of these mysteries are part of what I love about this film. There are so many possible interpretations of what exactly is going on that you can get whatever you want out of it. Over time, critics have interpreted “The Shining” as, among other things, a metaphor for the genocide of Native Americans, the horrors of the Holocaust, or the effects of alcoholism. It can also be viewed as just the simple horror movie it’s trying not to be. The devolution of Jack’s mental state is scary enough by itself without necessarily applying a real-world horror onto it; however, applying said metaphors onto the film gives the story an extra level of evil. If it’s viewed as a reinterpretation of a historical atrocity, it speaks to the predilection of man for violence, chaos, and utter power achieved through whatever means necessary.

Being a Kubrick film, the technical elements on display are operating at their absolute top form. The cinematography is both claustrophobic and epic, using all manner of scale to make us feel how trapped the characters are in their situation. It makes particularly good use of the Steadicam, especially in the scenes where Danny is speeding around the hotel on his tricycle. These scenes show the expansiveness of the hotel, further emphasizing how utterly alone the Torrances are. My favorite element of the film, however, is the sound design. Sparse at times, and terrifyingly cacophonous at others, it’s perhaps the tool that most effectively ratchets up the terror across the course of the film’s long runtime. The music choices help in this regard, too, with a terrifying collection of classical and orchestral music contributing to the feeling of danger that gets more and more real as the film goes on.

The two lead performances perfectly sell the horror that the characters are going through. Jack Nicholson as Jack Torrance makes excellent use of his inherently-sinister speaking voice to portray a manipulative character with a dark past; however, the true star of the film is Shelley Duvall as Jack’s wife Wendy. From the very beginning, she has an uneasy look behind her eyes, subtly showing that her character has an inexorable fear of her husband’s violent tendencies. She is a bundle of nerves for the entire film, and as it nears its terrifying climax, she manages to add new and different levels to her fear. She avoids becoming just a screaming victim, and instead, sells the truth behind her moments of terror. She’s at times hysterical, despondent, and terrified.

I’m sure if you’re reading this, you’ve already seen “The Shining.” It’s the perfect movie, not only for Halloween but for any time you want to watch truly well-made horror. It’s an unending roller coaster of terror that knows exactly how to get under the skin of anyone who watches it.