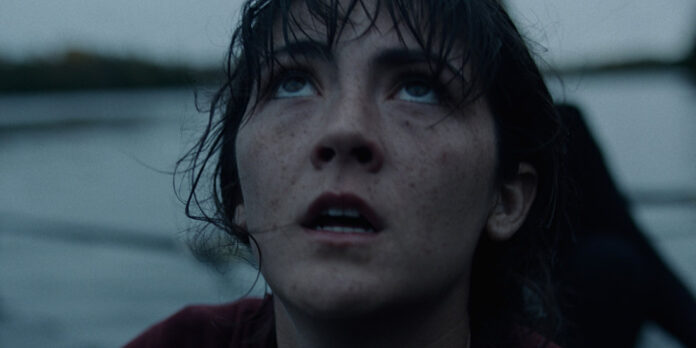 ​​​We’ve seen films where artists take their passions a little too far, ala “Black Swan” and “Whiplash,” and suffer consequences all for that one perfect performance. “The Novice” is a take on those films, only this time focusing on the physical sport of rowing. It’s a sports movie based on its premise and a bit of a psychological thriller thanks to all our protagonist puts herself through.

Alex Dall (Isabelle Fuhrman) has to work harder than everyone else to achieve greatness or as close to excellence as she can. She competed with a classmate who boasted that he got good grades even though he didn’t study in high school. She simply couldn’t let that sly comment go; she had to spend hours upon hours studying and working on tests to get a better grade than him. And that mentality has followed her to college, where she’s a physics major, despite it being her worst subject, and is usually the last person to turn in a test while still getting average grades.

When Alex joins the novice rowing team, it starts as an enjoyable, albeit grueling, sport for her. But soon enough, she finds competition in teammate Jamie (Amy Forsyth) and starts practicing harder and harder, to the point of passing out, throwing up, and rarely taking a break. Whenever we see Alex on screen, she’s moving frantically, always running late to/from practice or class. Even when she begins dating her physics TA Dani (Dilone), pretty much Alex’s opposite in that she’s laid back and not running a mile a minute, not even that can calm the rower down. She ultimately takes the sport and her behavior to extreme measures, isolating herself from almost all her teammates, making more enemies than friends, and inflicting harm on her body. The young, fresh-faced woman we meet at the beginning of the film is far different from the one with dark circles, bloody hands, and an ultra veiny arm at the end.

Fuhrman takes us on an immersive experience and does a great job making audiences feel everything she’s going through. You can sense the heat emanating off her body as she’s drenched in sweat after an intense workout. The sores she has on her hands, constantly bleeding and never healing, are always in our face, and soon you might even feel your palms sting a bit. And by the end of the film, if you don’t feel overly exhausted and drained after seeing Alex move faster than the speed of light, you might not have watched the same movie. Aside from the physical aspects, Fuhrman is a pro at showing the anger boiling inside her when she can’t do better than her teammates, channeling the imagery of a crab being placed in a pot of boiling water. When she does reach her breaking point, she finally lets out all the emotions she’s been keeping inside, and it’s heartbreaking to see that she’s gotten to this point. Even though Dani is trying to console her and tell her to drop rowing, Alex can’t give up, and soon she pushes away the one person who was left in her corner. All of it is similar to the plights Nina faced trying to become the perfect swan queen in “Black Swan” and how Andrew dedicated his entire time and self to be a brilliant drummer in “Whiplash.”

Sound is critical in this movie, and it’s used brilliantly. Audiences will hear Alex repeat ad nauseam “legs, body, arms, arms, body, legs” to keep the rowing technique in her mind. Hearing other rowers be praised for their skills also gets in her head, and it becomes tougher to get out. The score also helps show the progression of intensity with Alex’s relationship with rowing. Breezy and delightful strings turn into a very intense, fast tempo cacophony. Cinematographer Todd Martin also does a great job applying murky water colors to this film, amplifying the dreary feel.

If there’s one critique, it’s how quickly everything moves in the story. Yes, there is a reason why the film is so fast-paced, just like our lead, but it would have been nice to slow down and take a breath every once in a while. Even the slower moments feel a bit rushed. But the fast pace does add to the overall tone of the film, so it’s easy to overlook.

“The Novice” shows what can happen when ambition and a never-quit attitude completely take over someone’s life. Though its pace can be too much at times, it’s still an attention-grabbing film. Fuhrman fills the role with ease, and she’s scary good being frightening. Visual and audio elements in this film aid in making viewers feel as tense and uncomfortable as possible. If someone offers you a chance to row, learn a lesson from Alex and pass on it immediately.