The Next Best Picture Podcast – “The Big Short” 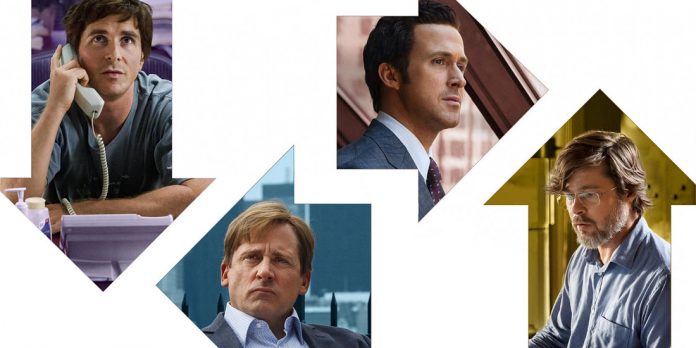 For this year’s Oscar off-season, we are taking a look back on the 2015 film year which was right before Next Best Picture launched. We asked the NBP Film Community to vote on 5 films nominated for Best Picture and 5 films nominated for Oscars other than Best Picture from that year to be reviewed on the podcast, exclusively for our Patreon subscribers. We already reviewed “Brooklyn,” “Sicario,” “Ex Machina,” “Room,” “Spotlight,” “Inside Out,” “The Revenant,” “The Hateful Eight,” and now we are looking at a film which “almost” won Best Picture, Adam McKay’s career redefining “The Big Short.”

Tackling the financial crisis of 2008 with an all-star cast which includes Christian Bale, Steve Carell, Ryan Gosling and Brad Pitt, coupled with scathing humor and wit, McKay’s urgent and messy film has polarized, entertained and educated audience. There’s a lot to talk about with this one and here to help me do it I have Nicole Ackman and Dan Bayer.

You can follow Matt, Nicole & Dan and hear more of their thoughts on the Oscars and Film on Twitter at @NextBestPicture, @nicoleackman16 & @dancindanonfilm