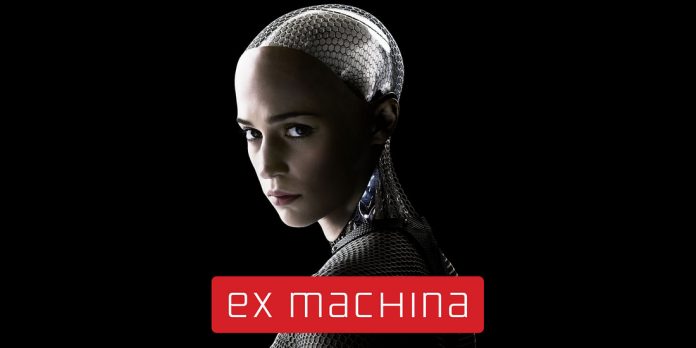 For this year’s Oscar off-season, we are taking a look back on the 2015 film year which was right before Next Best Picture launched. We asked the NBP Film Community to vote on 5 films nominated for Best Picture and 5 films nominated for Oscars other than Best Picture from that year to be reviewed on the podcast, exclusively for our Patreon subscribers. We already reviewed “Brooklyn” & “Sicario” and now we are looking at Alex Garland’s directorial debut “Ex Machina.”

Starring Domhnall Gleeson, Alicia Vikander & Oscar Isaac, Garland’s sci-fi film is dense, well acted, scripted and has a lot to unpack for the NBP team. For this retrospective review, I am joined by Josh Parham, Danilo Castro & Patreon supporter Steven Keller.
​
This is a preview of the podcast, the full version of which is only available to those who subscribe to us on Patreon. For the small price of $1 a month, you can receive this review along with other exclusive podcast content, so be sure to subscribe here.
​
Thank you so much for listening. You can subscribe to the Next Best Picture Podcast on SoundCloud, Apple Podcasts, Spotify, Stitcher, GooglePlay, Tunein, PlayerFM, Acast & Castbox or you can listen down below. Please take a moment to review us on Apple Podcasts here. ​​

You can follow Matt, Josh, Danilo & Steven and hear more of their thoughts on the Oscars and Film on Twitter at @NextBestPicture, @JRParham, @DaniloSCastro & @stevenmkeller