The Most Unpredictable best picture Race In Years…Or Is It? 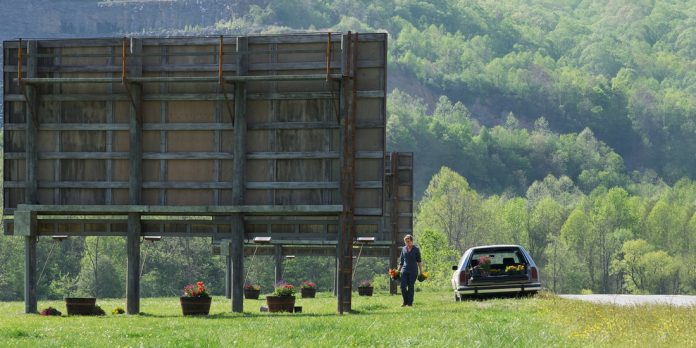 ​Before the preferential ballot, predicting the Oscar Best Picture was simpler. The film everyone loved would win in a plurality vote, and that would be that. We have that movie, one that has collected the high-profile prizes of TIFF, Golden Globe, SAG, and BAFTA Best Picture awards, in “Three Billboards Outside Ebbing, Missouri.” It’s the film that the most people are passionate about. But it’s also a movie everyone is skeptical to predict as a solid winner due to the fact that controversy has surrounded it in the past, in particular, after its successes at the Golden Globes and SAG. The theory goes, the controversy will prevent it from doing well on the preferential ballot. Most people want to throw it out of the conversation entirely because it is divisive, meaning voters will either have it ranked in the first or last places on their ballots, making it unable to win the category overall.

However, a few weeks have passed since the Internet’s rampage went viral on the film, and the intense hatred has dwindled down to a simmer. In fact, it coincided with the fact that Martin McDonagh did not receive a Best Director nomination for the film. Since then, the think-pieces haven’t been as abundant – maybe people on Twitter feel less threatened by it without a directing nomination? So, over the past few weeks, the film has flown under the radar (Regaining some of its underdog narrative), and perhaps many voters have forgotten the extremity of the film’s polarization.

What makes me feel more confident in the film’s chances of winning Best Picture is timing. The negative narrative around the film quiets down, just as the film dominates the BAFTA awards, winning both Best Film and Best British Film. (That’s a big deal. It’s a British-funded film about Midwest America, and it beats out a character study of Winston Churchill, “Darkest Hour,” for Best British Film.) The BAFTA’s bump for “Three Billboards Outside Ebbing, Missouri” happened just as Oscar voting began. The BAFTA winners were announced Sunday night and Oscar voting began Tuesday. Don’t take for granted a general goodwill feeling in the air for a film. No one is really talking about any other movie right now expect “Three Billboards Outside Ebbing, Missouri.” And it’s the right kind of talk: it’s simple and positive, not the intense and extreme adoration that caused “La La Land” to receive the backlash.

But the greatest thing “Three Billboards Outside Ebbing, Missouri” has going for it is its track record. First and foremost, the reason so many are having trouble predicting Best Picture is the fact that every major film is lacking a major prerequisite into “Best Picture Winner” conversation. “Get Out” and “Lady Bird” both underperformed at BAFTAs; “Get Out” missed a screenplay nomination and went home empty-handed at the Golden Globes; and “Lady Bird” has not made an impression at all after the Golden Globes. Neither film won anything at SAG or BAFTA, where “Three Billboards Outside Ebbing, Missouri” swept. “The Shape Of Water” won the Producer’s Guild Award, the Directors Guild Award, and the Critics Choice for Best Picture, yet it lacks a SAG Cast Ensemble nomination, which, as we learned last year in “La La Land,” leads to a fatal ending. And we’re learning that the nomination leader rarely goes home with the ultimate prize and mostly wins technical categories. “Three Billboards Outside Ebbing, Missouri” has hit practically every guild, all of the important ones or where it was eligible.

More importantly, “Argo” is the only other film since the Academy expanded the Best Picture category to more than five nominees that has won the Golden Globe for Best Picture, the SAG Cast Ensemble award, and the BAFTA for Best Film. A funny coincidence, too, is “Argo” didn’t have a Best Director nomination. After much consideration, I feel this is too stealthy of a combination to predict against. Even with a preferential ballot, perhaps the “Three Billboards Outside Ebbing, Missouri” hate only exists within the walls of Twitter. Audiences are still paying to see it, the actors in the industry went nuts for it, and foreign voters are applauding it. Maybe the Twitter rampages and think-pieces are self-contained, and pundits using this as an excuse not to predict it are doing so because they’re in the Twitter bubble? Regardless, “Three Billboards Outside Ebbing, Missouri” has earned the street credit to take a risk in predicting it like this.

“The Shape Of Water,” winner of the DGA, PGA, and Critics Choice is the only other film realistically against “Three Billboards Outside Ebbing, Missouri” at this point. Yes, it’s lacking a SAG Ensemble nomination, but it seems to be performing well with the other guilds. Just recently, it won the Costume Designers’ Guild, upsetting the heralded aesthetics of “Phantom Thread.” Its path forward lives and dies with the preferential ballot, being non-controversial, and the fact that the guilds are keeping it in the conversation. One could argue that the SAG stat is becoming less relevant, and to some extent that could be true, but I would argue missing a SAG Cast Ensemble is worse than missing a Best Director nomination, if we’re trying to compare and contrast the two frontrunners’ weaknesses. There’s a path for “The Shape Of Water” if the Academy mostly goes along with its weirdness, and if the SAG snub was merely an oversight, and if the majority like it enough to rank near the top, none of which are certain. That’s a lot of “ifs.”

Though I’m mostly sure “Three Billboards Outside Ebbing, Missouri” or “The Shape Of Water” will be our next best picture winner, “Get Out” may have an outside shot. Or at least every other pundits on the Internet thinks so. The path for “Get Out” also revolves around the promise that EVERYONE loves it, therefore the preferential ballot will help it, and because of its social and cultural significance. “Get Out” is the “woke” film of the year, with many believing it will follow in the footsteps of  “Moonlight” as a nontraditional Best Picture winner. The difference is, “Moonlight” was a film that didn’t carry any baggage, whereas “Get Out” has knots of genre bias entangled in its prospects of winning both Best Picture and Best Original Screenplay. It is also lacking an editing nomination and frankly any other technical nominations. Now I know “Birdman” recently won without an Editing nomination but we also know that film was meant to not have editing (Even though it did). I don’t think the audience within the Academy championing “Get Out” is as broad as people think (or want to think).

“Get Out” will surely have its fans in Oscar voting. There’s a huge push within film Twitter for it to win Best Picture and Best Original Screenplay. And hey, actors liked it enough to nominate it for the SAG Cast Ensemble award. The key for “Get Out” winning Best Picture is winning Best Original Screenplay, and right now, predicting that category between “Get Out” and “Three Billboards Outside Ebbing, Missouri” is a bloodbath. “Get Out” won the WGA (Where its competitor was ineligible) and Critics Choice, while “Three Billboards Outside Ebbing, Missouri” won the Golden Globe and BAFTA awards. Many people are using “the Academy will want to reward ‘Get Out’ and Jordan Peele somewhere” argument to solve this coin-flip category, but I’m of the opinion that voters cast their ballots for the films they like, not because they’re keeping track of their favorite artists they must reward.

The Best Original Screenplay race reminds me very much of 2014. “Birdman,” the actor-centric film with fast-talking dialogue and “writer-y” tropes like monologues, ambiguous endings, and artistic plot developments, won the Critics Choice and Golden Globe, and eventually went on to win the Oscar. “The Grand Budapest Hotel,” an early-released beloved with an imaginative and quirky screenplay, being pushed by a writer/director with name recognition, won the WGA and BAFTA (“Birdman” was ineligible for the WGA). “Three Billboards Outside Ebbing, Missouri” has a very similar campaign narrative and trajectory as “Birdman” did, in my view, as does “Get Out” and “The Grand Budapest Hotel.” The screenplay with more colorful dialogue and that engaged with the actors more won the race. And then “Birdman” went on to win Best Picture, to boot. I don’t believe either “Three Billboards Outside Ebbing, Missouri” nor “Get Out” can win Best Picture without winning Best Original Screenplay.

All of this adds up to the following trajectories, ranked, in my view, from most likely to happen to least likely:

1. “Three Billboards Outside Ebbing, Missouri” wins Best Picture and Best Original Screenplay, along with Best Actress and Best Supporting Actor. Its strong showings at BAFTA, Golden Globes, and SAG – along with the simmering down of its controversy – make it perform better-than-expected with the preferential ballot with many first-place votes.

3. “The Shape Of Water” wins Best Picture, “Get Out” wins Best Original Screenplay, and “Three Billboards Outside Ebbing, Missouri” wins Best Actress and Best Supporting Actor. This what most people will predict out of fear of being wrong about the preferential ballot, Jordan Peele, or Twitter controversies.

5. “Get Out” wins Best Picture and Best Original Screenplay. A long shot, considering the huge arrow in its side called genre bias.

So which outcome do you foresee coming true on March 4th, 2018 for Best Picture? With ballots currently in hand and knowing all that we know, it will truly be a nail biter until the night of. Reply in the comments with which scenario makes the most sense to you and let us know.