The Man Who Would Be King: Celebrating The 30th Anniversary Of “The Fisher King” 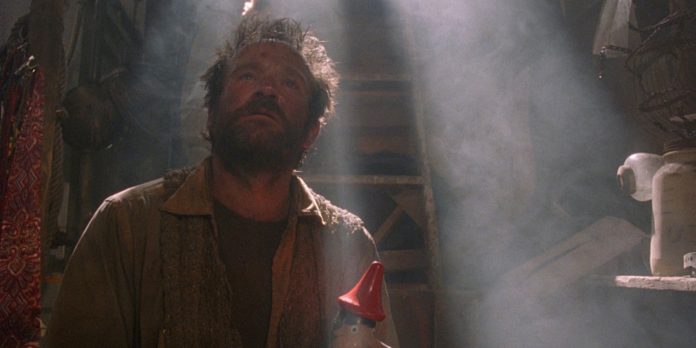 By Bianca Garner
​
This year marks the 30th anniversary of “The Fisher King,” which is perhaps one of Terry Gilliam’s most intimate and personal films. Gilliam’s films all shared a unique commonality in terms of their themes and focus. In many of his pictures, the main character seems lost and isolated in the broader world that they find themselves in, and more often than not, they find themselves escaping into a fantasy world to live out their wildest dreams. Characters in Gilliam’s films are often obsessive, depressed, and eccentric. As a result, Gilliam’s films aren’t always the most accessible to a general audience. However, if there’s one of his films that I urge you to see, it’s “The Fisher King.”

Released in 1991, “The Fisher King” saw Gilliam and screenwriter Richard LaGravenese teaming up to deliver us an oddball of a film. Part surreal fantasy, part Romantic screw-ball comedy, “The Fisher King” is a film that could have only been made at that time. Although Gilliam has gone on record to call the film his “sell-out picture,” there’s no denying that it was definitely something he needed to get back on track after his experiences with the disastrous productions of “Brazil” and “The Adventures of Baron Munchausen” (both of which had been subjected to studio meddling).

Starring Robin Williams and Jeff Bridges, with Mercedes Ruehl, Amanda Plummer, and Michael Jeter in supporting roles, “The Fisher King” is a tale of human kinship and redemption. Bridges plays Jack Lucas, an arrogant and egotistical New York City call-in radio talk show host. When one of his listeners commits a hideous crime, Jack’s life falls apart. Three years after the incident, Jack has reached rock bottom and is contemplating suicide when he meets a seemingly crazy homeless man calling himself Parry (Williams). Parry believes he’s on a mission to find the Holy Grail and requests help from Jack, who believes that he may be able to redeem his past actions if he helps Parry on his quest. However, ugly truths and hidden secrets from the past come back to haunt both men.

In Gilliam’s own words, the film is “about the search for the Holy Grail in New York City in the second half of the 20th century. It could also be described as about a guy trying to get a friend a date so he can feel less guilty. It’s about redemption, and what’s good about the whole thing is you can’t describe it simply.” As critic Niles Schwartz writes, “The Fisher King is a film about trauma, but it’s clothed in a theatrical buoyancy, so as to obscure – and flee from – reality’s petrifying disorder.”

LaGravenese decided to write a screenplay that would incorporate elements of the mythology he was passionately interested in. However, the screenplay was also a form of therapy for him. As discussed in an interview, the script developed due to his reaction to the 1980s. “The eighties were for me personally a really ugly decade…Things were surreal and changing in ways that were terrible, and then the AIDS crisis happened…the eighties felt as if everybody went, ‘Okay, fuck it, let’s just make a lot of money and do blow.’ It was a yuppie generation and all very narcissistic.” Much of this narcissism and cynicism would be represented by the film’s main character, Jack Lucas.

He had anticipated that his film, “The Fisher King,” would be made as a small independent feature film. However, the script attracted the attention of producers Debra Hill and Lynda Obst. When she first received the screenplay, Obst stated she “couldn’t stop reading the script.” I was driving in the car with the script on my lap,” she adds. “I thought, this is unbelievable. It was a Sunday, but I had to find the agent because the possibility that this script would be made without us was unacceptable.”

Terry Gilliam seemed the perfect fit for the film, and the producers approached him to direct. Up until that point, Gilliam had preferred to direct pictures that he had personally written. However, he was drawn to the film because, in his own words, he needed to discover whether or not he was a film director. As he puts it: “This may seem an odd statement from someone in middle age with several film credits to his name, but it’s true. All my other films had initiated with me had sprung from ideas of mine that had insisted they be made into films. I saw myself as a filmmaker, not a film director. The directing bit was just one of the jobs along the way to getting an idea from brain to script to budget to film to final cut to cinema audience to, finally, out of my hair.”

The director was also drawn to the screenplay because he could relate to LaGravenese as a writer, and many of the themes and ideas explored in “The Fisher King” were similar to ones that Gilliam had previously explored in films such as “Brazil” and “The Adventures of Baron Munchausen.” As Gilliam puts it, “Here was a writer who saw the world through very similar eyes to mine. On top of that, it was brilliantly written. It was funny, sad, and surprising. It had wonderful characters, it was emotionally powerful, and it had a Holy Grail in it… and I’ve had some experience with films with Holy Grails.”

As LaGravenese discussed, much of the film’s darker tone resulted from Gilliam coming on board and insisting that LaGravenese put back all of the original cynicism from the original script. “He made me put back all my original tone and writing because the first studio was Disney,” LaGravenese said. “They wanted Jack to be toned down and not as mean. They wanted him more David Letterman and less Howard Stern. Terry put it all back and put a lot of the edgier stuff back in the script because he didn’t want to make what he called the ‘Frank Capra version.'”

Of course, the power and intensity of the film have taken on a new light since the tragic death of Robin Williams. In the film, the character of Parry is tormented by the sinister Red Knight, which acts as a way to signify Parry’s depression and grief. Watching these scenes in retrospect is even more impactful when we consider Williams’ struggles with depression. As Gilliam stated in an interview, “I didn’t have to push him because he believed that was true. He knew the darker side and what it means to have demons.” Despite having his demons, Williams managed to deliver us joy and wonder through the use of his comedic performances, which is why he is such a perfect fit for the role of Parry. If we can take anything away from “The Fisher King,” it’s that we all have inside of us the power to become a hero and set upon our own quest, whether or not it’s to find the Holy Grail or love itself. ​

Have you seen “The Fisher King” before? If so, what did you think? How has it changed for you over the years? Where does it rank for you in Terry Gilliam’s filmography? Let us know your thoughts in the comments section below or on our Twitter account.