“The Invisible Life Of Euridice Gusmao” 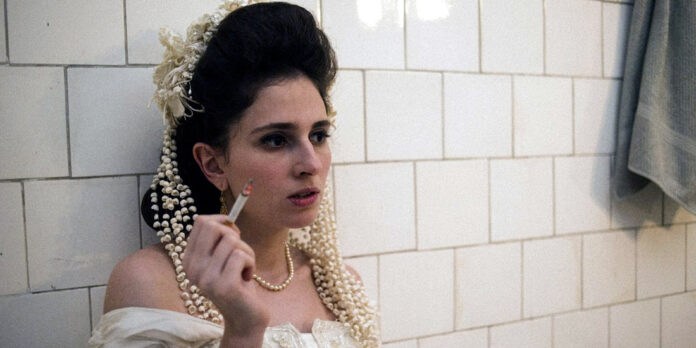 ​​“Melodrama” has been a dirty word for years. It tends to connote something that is overly dramatic with a sensational plot that prioritizes outsized emotions over sharp character work. Melodramas are emotionally manipulative, excessively sentimental, and usually populated by stereotypical characters. Of course, all of these phrases are also coded ways of saying “feminine.” Women’s pictures, as they were called in the ‘50s, were looked down upon at the time, and while those classics have seen a re-evaluation in recent years (especially those directed by Douglas Sirk), the default setting still seems to be that “melodrama” is a bad thing.

But every once in awhile, a film like “The Invisible Life Of Eurídice Gusmão” comes along to put the lie to that stereotype. Nearly all the elements of classic melodrama are there: two sisters separated by a lie, a scandal leading to one of them becoming a “fallen woman,” dreams deferred, lessons learned, with emotions running high throughout. It also happens to be one of the best films of the year.

Director Karim Aïnouz and cinematographer Hélène Louvart filter the film through a haze as if the film stock itself is giving off heat. This is not only perfect for the humid setting but also perfect for the story, which is in part about how we see people through many different filters based on societal factors. Eurídice and Guida are sisters trying to find themselves in 1950s Rio de Janeiro. The former is a straightlaced, talented pianist who dreams of attending a conservatory in Vienna, and the latter, a free spirit who is seeing a sexy Greek sailor on the sly. They aren’t much alike, but they love each other more than anything and encourage each other to go after their dreams in the face of rather conservative parents. But when Guida leaves a note saying she’s headed to Europe to elope with her beau, and then returns single and pregnant, the relationship between the two is cruelly severed. Each believes the other is in Europe living their dreams when in fact, they are just on opposite sides of the same city – Guida in poverty with a former prostitute who takes her in, Eurídice in wealth married to a man who just wants her to be happy as a housewife and can’t understand why being able to play piano at home isn’t enough for her.

The poetry of the narrative, adapted from Martha Batalha’s novel “The Invisible Life of Eurídice Gusmão,” is in how the sisters’ fortunes act as inverses of each other; one rising to happiness as the other sinks to depression. There’s a lot of subtext here, especially in regards to how society views and treats women of different social standing, not allowing any of them to have wants, needs, ideas, and feelings of their own. Thankfully, the film never once feels heavy-handed about any of this. Indeed, as much as the film is languidly paced, it flows beautifully, like floating down a river on a lazy Sunday. Credit that to director Aïnouz’s deft control of the film’s pace and tone, but also to the lead actresses, Carol Duarte as Eurídice, and Julia Stockler as Guida. Both are charismatic and always compelling to watch, making sure that even the most outsized emotional moments feel grounded in truth. Duarte and Stockler bring their characters to life in such beautiful and compelling ways that it would be enjoyable to watch them just go about their daily lives. But thankfully, the script provides plenty of melodramatic (there’s that word again) incident to keep the audience involved.

Truthfully, I could have watched these sisters live their separate lives for the length of a whole other film at least, so enveloping is Aïnouz’s style. But then the story pulls an “Atonement,” jumping forward a few decades and bringing in a ringer (in this case, legendary Oscar nominee Fernanda Montenegro) to sell an emotional sucker punch of an ending. This year’s Toronto International Film Festival was full of films with great endings, but I don’t think any of them left me in such an emotional state as did “Invisible Life.” As great as the rest of the film is, it’s that final sequence that lifts it to potential all-timer status, pulling all the story threads together in an unexpected way to reach a crescendo of emotions that only the best melodramas can reach. “Invisible Life” pays wonderful homage to time-honored melodramatic traditions, combining them with an almost downplayed sensibility that feels very current in style. It’s a near-perfect melding of the past and present, one that I can only hope will inspire more great melodramas in the future.