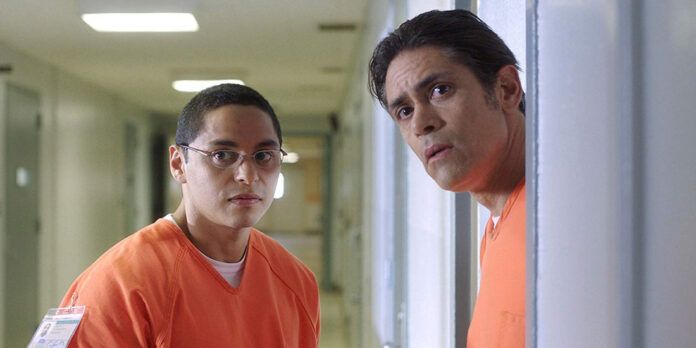 THE STORY – Several undocumented youths deliberately get detained by the Border Patrol to infiltrate a for-profit detention center.

​​Documentaries have always been a source that has produced endlessly fascinating stories. These films are often just as compelling as their narrative counterparts as they still provide a diverse landscape of interesting chronicles within a non-fiction setting. However, many within this group see fit to play with these predisposed expectations of structure, often leading to something that’s a mix of the two genres. It can be difficult to fully categorize these films, but they often make for engaging drama. “The Infiltrators” employs similar techniques to mixed but overall effective results.

The film sets out to tell the harrowing tale of a group of activists looking to disrupt the unjust deportation practices within the United States. Back in 2012, a group of undocumented youths (popularly known as DREAMers) sent members of their political organization into a detention center in Florida. Their goal was to make connections with individuals whose detainment was seen as unwarranted. They would provide the steps to stop deportation and release them from the facility. To accomplish this, certain members would intentionally be detained there and organize from within. Their actions were often met with consequences but always seen for a noble cause.

Often, documentaries will implore the use of reenactments to tell their stories, but these are used sparingly as a method to simply flavor the overall narrative. “The Infiltrators” take a different approach, featuring entire sequences, mainly within the facility, where events are dramatized by professional actors. This footage is usually intercut between the real-life interviews and events, and it certainly gives the film an interesting rhythm that keeps one invested. However, these sections are also filled with mediocre performances and clunky dialogue, and one can’t help but be taken out of the world because of these deficiencies. Some of the actors actually make somewhat of an impact, particularly Chelsea Rendon as one of the female undercover activists. However, most aren’t that compelling and leave one feeling quite underwhelmed.

Despite a significant amount of screen time being devoted to mostly unsatisfying dramatizations, the depiction of the real-life heroes does make for a more fascinating watch. While an unusual heist concept runs throughout the story, there’s an extra bit of intrigue when you’re watching the actual individuals plan and assemble everything. These are the moments that have the most urgency, and the momentum comes across quite pointed. In addition, these characters unsurprisingly feel more real and make their plight feel all the more powerful. One wishes that this was the predominant focus because it carries so much more emotional and thematic weight as we see such dedicated and tireless activism.

It should be noted that directors Cristina Ibarra and Alex Rivera assemble these diverse sections with some flare, even though some of the individual elements aren’t always executed that well. There are some striking filmmaking choices employed that help make the reenactments more engaging. It’s also interesting that the time period gives a snapshot of a political environment that’s slightly different from today. While it’s important to call out improper practices of a seemingly more liberal administration, the film mostly avoids the cultural shift that would soon follow. The story feels unfinished in that regard, knowing that so much more work would soon be needed. While having a tight focus on this one particular event is beneficial, its lack of commentary on the approaching storm rings hollow.

What a documentary has to accomplish is quite similar to what narrative features must do as well. A compelling story with compelling characters must be presented in order to achieve great storytelling. “The Infiltrators” manages to do this, even though it’s not a rousing success. The choice to rely so heavily on reenactment means the film is weighed down by mostly unimpressive performances and a weak script. Still, there are moments when the plan of action feels truly inspiring, and this is always with real-life footage. In the end, the film may not be balanced between these two sides effectively, but it still manages to shine a light on an important subject that deserves to be seen.